From dancing round the maypole to Morris dancing and bonfires, there are many practices that have their origins in Pagan fertility rituals and rites. Here, Steve Rogerson looks at some of the more common ones plus oddities such as spanking with willow branches and an unusual way for a woman to bless cattle.

There are many fertility rites and rituals practised by Pagans and these mostly fall into three groups – those aimed at boosting human fertility, rituals for animal fertility and those aimed at increasing the amount produced by crops. Dancing is common in many such rituals, among the most famous being various Morris dances and dancing around the maypole.

Dancing around the maypole is meant to be a ritual to welcome in the spring and bring good luck to farmers. Its origins are probably Germanic. The UK parliament banned maypole dancing in 1664 but it was restored later by King Charles II. Long ribbons are attached to the pole and each person grabs hold of a ribbon and dances round the pole in different directions to create a pattern. In most countries, maypole dancing takes place on or around the 1st of May but in Sweden it is also part of the midsummer celebrations.

Wassailing dances performed by Morris dancers are again meant to boost the fertility of crops. Elements of the dance also have other Pagan intentions such as clashing sticks to represent the battle between good and evil and ringing bells to scare away evil spirits. Wassailing also predates Christmas carols when people would go door-to-door singing. In some parts of England, it refers to cider drinking to the health of the apple trees.

There are many goddesses associated with fertility and it was common to place statues or carvings of a goddess near to a couple’s bed. The statues could also be placed on the family altar with suitable offerings made.

Beltane literally means the fires of Bel, a Celtic god. The Beltane festival held in the spring often involves a bonfire and courting couples gathering blossoms. As well as human and crop fertility, the fire and smoke were also meant to increase the fertility of cattle, which were brought to the fire.

Pomlazka is still practiced in the Czech Republic on Easter Monday and involves men and boys spanking local women and girls with birch or willow branches until they give them decorated eggs. The whipping is meant to preserve the woman’s health and beauty for the coming year. These days, for men at least, the egg is normally replaced with a strong alcoholic drink. A version of this in Scandinavia has children dressed as witches going door to door asking for chocolate eggs while waving decorated willow branches.

In some parts of Finland, it used to be the tradition that when the cows were first let out onto the new pastures in spring, a woman would stand over the barn door with her legs apart so the cows would be blessed by her lady parts and thus be more fertile.

All the information in this article is generally available from multiple sources both in print and on the web. Thank you to Snowgrouse for helpful suggestions.

SteveRogerson, Thank you for product lines, pretty pictures and practical information.
In particular, I'm astounded by Pomlazka practices. Birch and willow branches can hurt! Would there be a reason why those tree types particularly would have been favored? 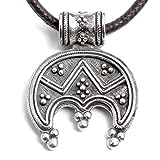 A look at the origins of the custom of kissing under the misteltoe
24%  1   3 SteveRogerson
Wiccan, Pagan, Druid

A look at the origins of religious celebrations around the solstice and equinox
Loading ...
Error!