Cartoon characters created by animation maestro Walter Elias "Walt" Disney (December 5, 1901 – December 15, 1966) are among the most beloved of anthropomorphic animals.

iHorse is one of the most adorable anthropomorphic animals ever designed. Earth Sun Moon Trading Company's "iHorse" design is a fun representation of a horse moving and grooving to an iPod, a line of portable media players, introduced on October 23, 2001, by Apple Inc., Steve Job's (February 24, 1955 – October 5, 2011) company, which now leads the market in portable music players.

The horse's posture, with tail flaring upwards, conveys the breathtaking freedom with which horses move and run.

Horses consistently receive recognition for their high degree of intelligence.

"iHorse" is one of my all-time favorite t-shirt designs.

"Cat Yoga" captures the graceful contortions that cats achieve with astounding ease as they maneuver or sleep.

It is amazing for me to realize the extreme degree of flexibility that my Maine coon cat, Augusta "Gusty" Sunshine, enjoys.

"Cat Yoga" is a feel-good t-shirt that brings knowing smiles to cat lovers.

I love to see how the day brightens, indoors and outdoors, just by wearing "Cat Yoga" t-shirt by Earth Sun Moon Trading Company.

"Cats for Peace" is a humorous design in Earth Sun Moon Trading Company's line of peace animals, which also includes dogs and squirrels.

My kittycat Gusty is an amazing peacemaker.

The background color, stone blue, is well chosen for this t-shirt. Blue is a color that oftentimes conveys peacefulness, as, for example, the blueness of sun-radiant skies or of gently rolling waves.

"Cats for Peace" is a design that makes me feel good in my skin as I recall the contentment that my kittycat Gusty exudes as a popular peacemaker.

"Dog Yoga" charmingly depicts dogs as they stretch and twist.

The winsomeness of canine camaraderie has enriched my life since childhood.

Wearing "Dog Yoga" reminds me of the lengths to which dogs, such as Clinker, my paternal uncle's sensitive black Labrador retriever, will go to instill the healthy emotion of happiness in interactions with their human families.

There is something so huggable about these canines as they display the peace sign with uplifted paws.

In every canine heart is a desire to love and to be loved and to express love through the joys of camaraderie.

Dogs will exert every winsome effort to restore peace when they perceive disruptions in family environments.

Heather Indigo, the background color for "Dogs for Peace," imparts peace in its soothing nuances. It is a color that I love in clothing, especially paired with patterned jeans.

"This tee is a hilarious take on the masterful contortions squirrels are capable of when trying to prize birdseed from backyard bird feeders. Sure to give a hearty laugh."

Fortunately, I have effected a truce between squirrels and bird feeders by enticing the bushy-tailed acrobats to their own spaces on the balcony or on the patio. Their designated spaces provide gustatory satisfaction by way of coolers stocked with seasonal favorites, such as:

Sometimes, though, I miss those squirrelish bird feeder antics.

"These popular shirts featuring the work of artist Tom Griffin bring a fresh - if zany - perspective to a great message."

Possibly "Squirrels for Peace" is the most endearing design in Earth Sun Moon Trading Company's line of peace-seeking animals.

Especially quirky is the flying squirrel, with both paws extended for double peace signs.

"Squirrels for Peace" is available via Amazon as sweatshirts and t-shirts.

The earthy background coloration is perfect:

Both sweatshirt and t-shirt are essential for my wardrobe.

"My therapist has whiskers."

Anthropomorphism offers a path for change by holding up a mirror of faults, as, for example, George Orwell (June 25, 1903 – January 21, 1950) famously contrived to achieve by way of anthropomorphic barnyard animals in his 1945 dystopian allergory, Animal Farm.

Although Earth Sun Moon Trading Company's anthropomorphic animals may be viewed by some as social commentary, essentially they imitate popular aspects of modern life, such as consumer-friendly electronics and yoga. The fractious opening years of the 21st century underline the elusiveness of peace, which is sought and found, with greater success, internally through contemplation or meditation.

The mirror that Earth Sun Moon Trading Company's anthropomorphic animals hold up for wearers and viewers of these adorable designs is awesomely beautiful in conveying the indomitable, spirited personalities that nature's fauna reveal, up close and personal, in interactions with humans. 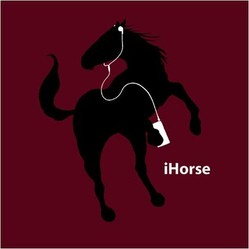 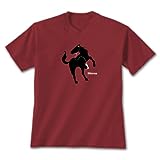 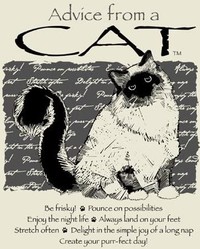