The basics of Ayurveda Jeevana Vignanam and Panchakarma, the Alternative Medicine Remedy lies in fact that every individual is unique and the therapy is customized for the person.

The traditional stream of medication whether it is Chinese alternative medicine, Tibetan medicine or the Indian traditional system of Ayurveda all of them can be easily classified under one umbrella term which is the “Alternative medicine or the holistic healing” of body. The essence of Ayurveda Jeevana Vignanam is the art of living, the science of life.

There are several other popular therapies analogous to home Ayurvedic Remedies, some of them being acupressure, acupuncture, homeopathy and chiropractic therapy. All of them cannot be generalized and termed as hype or fake because in some way or other they use a specific stream, methodology of treating the unhealthy body and its diseases based on the individual symptoms.

The Principles of Alternative Medicine

Unlike allopath medicine which is the most prevalent medicine in the world for its fastest cure advantages, people overlook its harmful side, the side-effects, reactions and  several illness outcomes as by-products. The alternative medicine seeks a deeper root cause and unlike allopathy which treats every patient in the same way, it may prescribe different variation of doses and unique pills to patients after diagnosing the symptoms.

Basics of the Alternative Medicine Therapy

The foundation of such a therapy stems from the fact that every individual and his body is unique and the treatment should also be unique. It is about the harmony of the body and spirit, the balances of forces as explained in “Tai Chi” and “Qi Gong” theories.

In order to promote health, the idea of balancing energy is very ancient and old. A good thing about the alternative medicine therapy is believing in nature cure and the body’s ability to heal itself. The philosophy of Ayurveda Jeevana Vignanam is based more on prevention and several cures have herbal treatments to improve the immunity of body without the side effects.

In fact, treatment with herbs is a common phenomenon in home Ayurvedic remedies. It is also the most non-toxic and extraordinarily beneficial therapy due to what you get from the herbs. Treatment with herbs ensures additional by-products such as antioxidants, minerals and nutrients.

The Resurgence of Science of Ayurvedic Panchakarma

The philosophy of Ayurveda jeevana vignanam summarizes Ayurveda's primary principles of purification and detoxification by the use of "five therapies". These are the 5 detoxing or cleansing therapies of Ayurvedic Panchkarma and used to eradicate toxins from the body.  The Ayurveda is made of two syllables – ‘Ayur’ and ‘Veda’ which in literally sense means aging (of body) and Veda (science or study).

In totality, Ayurveda means the science/study for aging of body. Similarly Panchakarma is made of two words “Pancha’ and “Karma” which literally means five and actions (therapies) respectively. The 5 essential cleansing therapies of Ayurvedic Panchakarma are Vamana, Virechana, Nasya, Basti and Raktamoskshana.

The essence of Ayurvedic Panchakarma is the balancing of Ayurveda doshas that govern all biological functions in the body.  Ancient Ayurveda traces its origins to the Vedas; it is specifically mentioned in Atharvaveda connected to Hindu dogmas and doctrines. There aren’t many Ayurveda dogmas and types defined for getting confused. Dhanvantari ayurveda is sometimes the name Ayurveda is referred to, as respect to the Doctor of Ayurvedic vitamins and medicine.

Origin of Ayurveda and Panchakarma

During that period, there is evidence that Ayurveda had matured to performing surgeries and treating fractures, amputations and operations. Stitching of wound was also widely known and there are quotes in Charaka Samhita, the principle source of Ayurveda. The Ayurvedic Panchakarma emphasizes the distinct nature of each person and the unique treatment of body and consciousness.

Home ayurvedic remedies were known to the Indians ancestors and were used and offered quick relief to minor ailments. Raj-Vaidya used to be appointed by”Maharajas” and they were referred for any sickness in Royal families.

Is it possible to have natural glowing skin with yoga and Pranayam Asana? It ...

The secret to natural skin glow, a young mesmerizing soft body and the cure f... 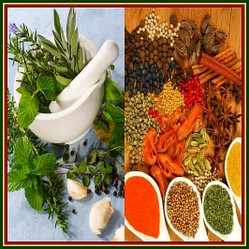 Angels and Devils in the Landscape of Halloween8 hours ago 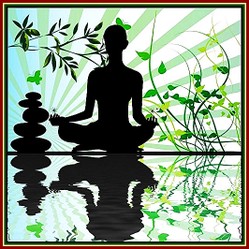 Is it possible to have natural glowing skin with yoga and Pranayam Asana? It certainly is – the impurities get decluttered from both mind and body with these simple asanas.
78%  3   10 WriterArtist
Skin Care 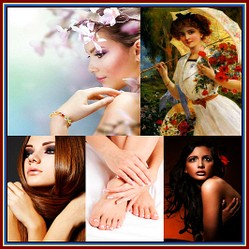 The secret to natural skin glow, a young mesmerizing soft body and the cure for dry aging skin is in grandma’s home remedies.
Loading ...
Error!