Also known as precious stones or gemstones, the miraculous products of evolution carry unsurpassable enigma. But that is not all, they are amazing healers of mind, body and spirit.

Crystal healing is an alternative medical science that utilizes gems of all sorts to heal a number of ailments that afflict our mind, body, and spirit. At the hand of a practitioner, these stones become palliative and cure many ills that afflict us. This page is about alternative systems of medicine far removed from the conventional pharmacology that modern-day allopath use to deliver a cure.

Gems come in many shapes and sizes but latent energy is central to all of them. Having different physical properties they cure varied ailments. Experts have to know each and every crystal before they can treat the sufferers. The stones are formed in the inaccessible labyrinth of the mantel, besides the crust, and have varied characteristics.

Colored vividly and often with bizarre shapes they are used as jewels when polished and trimmed. The jewels are objects of possession in order to accumulate wealth but for many, they have a dual character. In one's possession the precious stones are also considered a good omen, and good for healing. 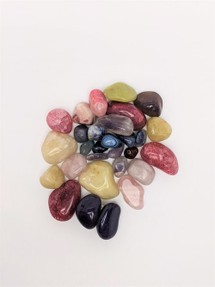 In spite of long strides made by modern medicine, there still exist many diseases which are beyond the scope of modern pharmacology. Extensive research is the basis of modern treatments and there have been stunning cures because of it. Nevertheless, besides the side effects, the cost can also be prohibitive, and some ailments have no cure, and the drugs only act as palliative.

This is why alternative healing is becoming more and more popular not because of the dazzling effect of the gemstone but more so as a new venue for treatment. Although some of the gemstones can be costly this does not apply to all since there are crystals that come cheap and are quite effective in treatment.

Among the alternative modes of treatment crystal healing is most popular and gaining much ground the World Over.

There is one major reason for the popularity of crystals in treatments. Crystals as a medium have been integrated with all alternative practices like Reiki, Yoga, meditation, and Ayurveda to name a few. Even astrologers use the precious stones in order to appease the planets responsible for dasha or bad state of mind and body.

Dasha in Hinduism is described by astrologers as a bad period in which nothing good happens and people suffer as everything goes wrong.  It becomes essential to appease the affecting planets to mitigate the harm being caused. Crystals are the medium through which positivity is gained by adorning jewelry containing stones as per the instruction of astrologers. This principle applies to usage in all systems of unconventional healing. 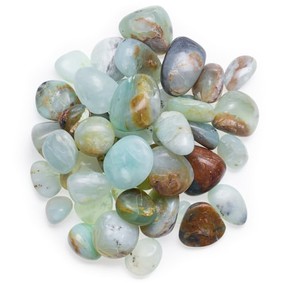 The Chakra system in Hinduism is a network or an interconnected loop in human anatomy comprising of points where energy is concentrated or stored. It is from the points or chakra that energy flows out to different parts of the body to maintain normal function and keep the state of mind in equilibrium.

These seven types of chakras and they impact various part of our anatomy.

These chakras in the human body correspond to the spinal cord as a straight line and are situated at various points in the body. The imbalance or low energy in these chakras is responsible for many ailments, and the treatment is provided by precious stones when appropriately used, this explains the miraculous power of crystals and hence the popularity of crystal healing. 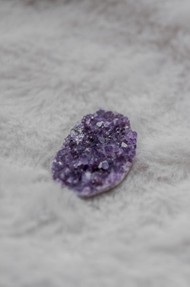 Diversity in stones has been much appreciated by humans, and right from the beginning of civilization, there has been a magnetic attraction for them.

The use in alternative systems of medicine is due to the fact that these gemstones contain latent energy within them, probably assimilated during the formation. This energy is harnessed to rebalance chakras and empower them with energy generated by the stones. This is the crux of crystal healing.

Practitioners and Gurus involved in different systems of healing use these stones to further their treatments. But in order to do so, they must have full knowledge of the varieties and how each reacts to a given situation in order to treat a specific disease.

There are thousands of precious stones available on this Earth along with those which have dropped down from the celestial.  Some of the precious stones are popular in jewelry and are also helpful in treatments. But jewelry is most used as wealth and adornment during major events or moments of one's life. Gems or crystals can be used as palliative. Casing made of gold, silver, or platinum is popular among jewel designers.

Gemstones or crystals have been used for ages for their metaphysical properties besides being symbols of wealth. They are solid crystalline substances and appear dazzling whence polished and cropped. Some stones look beautiful even in their natural forms. For healing purposes, the crystals are shaped, polished, and usually embedded in gold and silver to create jewelry. Some gurus advise placing these spectacular formations in raw form. But before they can be used for healing they have to be properly cleaned and energized.

Among the most popular crystals are:

While some of the crystals are found commonly all over the Earth some can be extremely rare and almost unrecognizable in their raw form like a diamond for instance. They can be very costly being rare finds.  Most of the gems have a calming effect and instill peace and tranquility. Some help reenergize the body while some can cure or thwart crippling disease.  There are many products available to make them easy to use like bracelets, rings, chains, anklets, crowns, cufflinks, pendulums, beads, balls, and pyramids.

The healing powers of the mind have yet to be fully explored. I suggest that if people have confidence/faith in crystals their mind's own innate self-healing powers might be stimulated.

Crystal healing is an alternative medical science, and the role played by crystals or precious stones is subject to belief. Please search on Internet since there are many sites that detail function of the crystals in healing. These details have sort of standardized and have become factual. Various orientation may differ on power of the stones.

pateluday, Thank you for practical informations, pretty pictures and product lines.
Some study in the last century concluded that blue and green are healing colors for the eyes. Do emeralds and lapis lazuli have special reputations with crystal-healed patients and crystal-healing practitioners?
It's interesting that black and fire opals are listed. Ancient and modern Greeks judge them harshly, as bad-luck bearers.
I remember reading that a French woman at the time was the only one to contract and recover from AIDS and that she did so through crystal-healing, meditational sessions.

Crystal meditation is not one of the meditation techniques as such. It is a m...

The Story of a Crystal Healer

This story of a crystal healer is the introduction to a series by the author ... 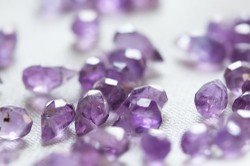 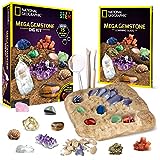 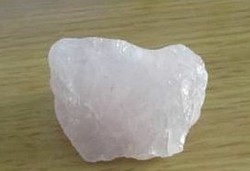 Crystal meditation is not one of the meditation techniques as such. It is a modern technique that uses crystals as your focus when meditating.
24%  3   2 annieangel
Crystal Healing

The Story of a Crystal Healer

This story of a crystal healer is the introduction to a series by the author features crystals and gemstones.
Loading ...
Error!