There's been plenty of buzz around a new Amazon Android Tablet coming soon or, at least, in 2011. Now, it looks like the Amazon Tablet release date announcement is mere days away.

As noted by the leaked photo below showing off an email Amazon.com sent out announcing a press conference scheduled for this upcoming Wednesday morning, September 28, 2011, it does seem likely that Amazon will unveil and provide the sought after details regarding the new Amazon Tablet release date.

Stay tuned as things unfold!  In the meantime, keep reading to get caught up to speed on what we currently know about the new Amazon Android Tablet 2011.  Of course, it's pure speculation and rumors at this point!

Update!  The new Amazon Kindle Fire is now available for preorder.  Buy a Kindle Fire now by clicking the Amazon link immediately below.  They're only $199!

The March Towards an Amazon Android Tablet 2011

As you know, Amazon has slowly made a huge name for themselves as arguably the most "go to" online retailer for just about anything.  While doing so, they've also created and now lay claim to one of the best eBook readers thanks to their Kindle and Kindle DX product lines and the integrated Amazon services support inherently given to these devices to enhance the user experience.  As a result, it should come as no surprise that Amazon would position itself to be competitive in the exploding and growing ever popular Tablet PC market.

New Amazon Android Tablet 2011 Has Been in the Works

In the beginning of 2011, Amazon CEO, Jeff Bezo made a comment during a briefing that made it pretty clear that they weren't going to stand idly by in the Tablet PC market.  In short, he simply said to "stay tuned" for what the future might bring in terms of a new Amazon Android Tablet.

Bezo also alluded to it and logic would dictate that a new Amazon Android Tablet wouldn't be developed to replace their popular Kindle eBook readers, it would simply be another Tablet PC device to compliment their Kindle product line and signal that they are throwing their hat into the ring to compete with Apple's iPad (or at least take a step forward towards doing so).

To this point, most Android Tablets or any of the other software based Tablet PCs have not presented any real competition to the iPad, but it's widely anticipated that the Amazon Tablet launch will bring a device competitive to the iPad (at least in terms of price):

Whether or not it will compete in terms of user experience remains a big question mark.  However, there does seem to be wide agreement that the new Amazon Tablet PC will come in 7" and 10" models.  The 10" Tablet PC is great for the screen real estate it provides, but it would nice to see a cheap, ultra portable, 7" Tablet model, too!

Will the Amazon Android Tablet Compete With the Apple iPad?

Will You Buy a New Amazon Android Tablet? 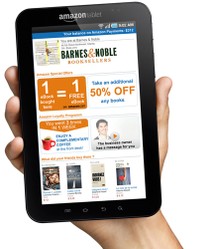 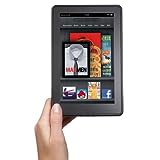 What are the Best Kindle Fire Apps? Here are 10 great apps to get you started with your new Kindle Fire color tablet from Amazon. Come take a look at these must-have applications.
84%  10   7 Sam
Tablets 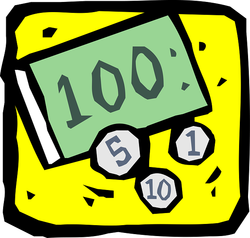