What are the Best Kindle Fire Apps? Here are 10 great apps to get you started with your new Kindle Fire color tablet from Amazon. Come take a look at these must-have applications.

The android app store on Amazon is growing fast and it can be hard to know where to begin when you first start looking at apps for your Amazon tablet. Maybe you don't yet have your Kindle Fire Tablet and you're planning ahead already.

Here's a top selection of 10 brilliant Kindle Fire apps, most of which are free, full versions for you to use. If you have a favorite Kindle Fire app already, let me know in the comments so you can share it. My favorite is the Evernote Free Kindle App shown below because it helps to keep all my notes and ideas in one place.

Make sure you also visit and bookmark the Android Appstore so you can check out their Free App of the Day to download a paid Kindle Fire app every week for nothing. Just visit Amazon.com and then choose Appstore for Android / Apps from the left side menu and choosing free apps. You can bookmark this page once you've found it by selecting CTRL + D on most web browsers.

It's a Digital Filing Cabinet!

Evernote is more than just a notepad. For a start, it can store your text notes, photos, web pages, audio and screenshots and these are all backed up online.

As well as being able to use the Evernote android app on your Kindle Fire tablet, you can also use Evernote on your iPad or other tablet, online, on your cell or you can use the full software on either a Mac or standard PC.

You can easily organize data in Evernote with the use of 'notebooks' to group related content together and also make it easy to locate what you need. What can you do with Evernote? Send yourself reminders, store recipes, keep notes on projects and hobbies, journaling a trip or vacation, keep all your career notes in one handy place, make a virtual diary. Evernote is really whatever you want it to be.

I'll admit it - I like Angry Birds. I never imagined that the idea of catapulting birds into the air and firing them at buildings and constructions made of various materials in order to hit the enemy pigs would appeal. But it does.

Angry Birds video games are pure fun for kids and adults and also frustratingly tricky at times too. Do try the free version of the Angry Birds app on your Kindle Fire. It does have some annoying ads but there is plenty of gameplay at no cost to you.

It's simple to play, just pull back the bird, aim and release it to fire. But is is a difficult game to master because you only get a certain amount of birds (or shots) in which to kill the pigs. Loved by kids and adults alike.

There are lots of Angry Bird Games for your Kindle but our family favorite is the new Angry Birds Star Wars game because the design and sound effects are awesome if you like Star Wars too.

Angry Birds Origami
Here's a fun resource page for Angry Bird themed paper folding and origami crafts. As a fan of the popular games, I enjoy making and crafting characters from paper.

Calengoo is a Kindle Fire app that can sync up you appoinments with Google Calendar. Many people use Google Calendar and CalenGoo integrates with that so you can view multiple calendars that you've set up, edit appoinments and make new ones.

If you're offline with your Kindle Fire, no worries. Just add in new tasks and appointments and then you can sync it up with Google Calendar when you hit a Wifi connection again.

View your calendars by a daily, weekly, monthly or agenda view. Calengoo also cleverly keeps all the colors you created for specific events or appointments and uses those on the Kindle Fire.

#4: Doodling for Kids and Adults

A full mobile art studio app for your Kindle Fire. Drawing Pad is simple enough for kids to use and has enough features for adults to enjoy drawing too. Kids will definitely love the 'stickers' that they can use to apply instant pics and patterns to their art.

On the right side of your Kindle Fire tablet, you'll see a virtual drawer stuffed with drawing media such as color pencils, marker pens, crayons, paintbrushes and more.

Select the art tool you want and then start doodling with your finger across the screen. If you goof up, there is an erase option. Like what you've done? Great, you can save your art and also share it by email, Facebook and Twitter.

A handy little notepad app where you can make little text notes or to-do checklist style notes on your Kindle Fire. Perfect for making little notes or reminders to yourself when you don't need a full-fledged note-taking application.

Colornote also comes with a very useful reminder system so you can set an alarm to go off which will remind you to do something. Easy to use and great that you can set different colors for notes to differentiate between them.

Google Reader is a free RSS feed reader which works perfectly with the Kindle Fire. The interface is fast and slick, and you also have an offline viewing mode so you can still carry on reading even if your Fire isn't linked to a Wifi connection.

Quell is a really great puzzle game which gets those brain cells ticking over. With more than 80 levels from easy to frustratingly hard (but not impossible) there is plenty to enjoy.

The concept is very simple. You flick a raindrop in the direction you want it to move. The object of the game is for the raindrop to collect the golden pearls in as few moves as possible while avoiding any traps. And there are certainly lots of those as you advance.

Find music based on what is interesting to you with tons of free, curated playlists you can listen to - free. Songza is a web radio that streams music to you.

You can find exactly what you like by searching for artists, songs, genres and also themes and eras. Discover music that perfectly matches your mood.

Like Kindle Fire apps, Songza only currently works in the US.

Seesmic is a nifty little app that will cover most of your social media needs in one place. It integrates with Facebook, Twitter and Salesforce Chatter, combining your favorite social networking sites into 1 sleek interface.

The Peter Rabbit digital pop-up book is awesome. This really is the future of digital books and it shows you exactly what is possible when publishers work hard to give readers more than just a book.

As well as Peter Rabbit, you can also get Benjamin Bunny which is beautifully illustrated, features tons of interactivity for kids (and parents) to enjoy like sounds, music, things that pop-out and animation. The book can be read to you as well. A modern take on a charming book. You should hopefully have enough apps to keep you busy for some time.

Thumbnail Image Credit: Shared with a CC License by nhayashida on Flickr

And A Few More of My Personal App Favorites!

Which Kindle Fire App is Your Favorite?

I love all the apps.

Musical.ly is my favorite app. I will definitely try out reaming apps.

500 gin crummy. Addicted to it, beating the computer on hard version

@dahliav - yes Evernote is pretty much everywhere these days which is fab as I use it so much. Thanks for your visit.

Cool... I didn't know Evernote was available for the Kindle Fire!

@Ethel, yes we are spoilt with all the brilliant choices now.

Wow, technology is just fab. There seems no end to things

Evernote on Kindle shows you how to use the well-known notepad app, Evernote,...

7 Reasons for a Kindle Fire Stylus

7 great reasons why a Kindle Fire Stylus is the perfect companion for a Kindl... 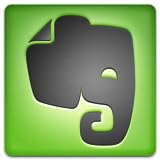 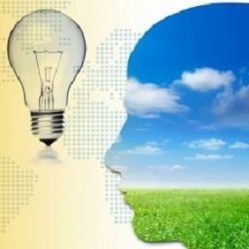 Evernote on Kindle shows you how to use the well-known notepad app, Evernote, with your Amazon e-ink ereading device. Come and make notes from your Kindle.
20%  2   1 Marie
Tablets 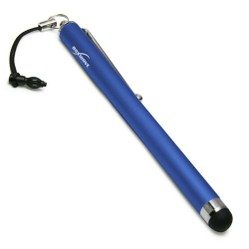 7 Reasons for a Kindle Fire Stylus

7 great reasons why a Kindle Fire Stylus is the perfect companion for a Kindle tablet device. A stylus pen is fast, accurate and aids drawing and taking notes on your Fire tablet.
Loading ...
Error!