Set in suburban Dublin, Amber is four-part crime drama about the disappearance of a 14-year-old girl. It starts on BBC Four on Tuesday 3 June 2014.

When 14-year-old Amber Bailey goes missing, it kicks off a two-year search portrayed in Amber, a four-part crime drama due to start on BBC Four on Tuesday 3 June 2014. The story is told from different perspectives and over a non-linear time period with each episode focussing on a character or set of characters.

Amber’s parents Ben and Sarah Bailey are played by David Murray and Eve Birthistle. They are recently separated and were getting on with their lives until the disappearance pushes their sanities to their limits.

Irish actress Eva Birthistle was nominated for a Bafta for playing Roisin Hanlon in the 2004 film Ae Fond Kiss. Amber earned her a best lead actress Ifta Award. Her first recurring television role was as Maria Acklam in 2003’s Trust. Other notable roles have included Jane Lavery in The State Within, Eleanor Brooke in The Last Enemy, Annette Nichols in Five Daughters, Sarah Cavendish in Waking the Dead, Kate Marshall in Strike Back and Ruth Blacksmith in Case Sensitive.

Most of Irish actor David Murray’s career has been in films rather than television with appearances in the likes of Batman Begins and 2004’s King Arthur. Television credits include one-off roles in Silent Witness, Vikings and Ripper Street.

The four hour-long episodes were written by Rob Cawley and Gary Duggan and were directed by Thaddeus O’Sullivan. Executive producers were Jane Gogan and David Crean. The series was produced and created by Rob Cawley and Paul Duane. It was shot on location in suburban Dublin. Amber was produced by Screenworks Ireland for RTE with funding from the Broadcasting Authority of Ireland. It aired in Ireland in January 2014.

SteveRogerson, Thank you for product lines, pretty pictures and practical information.
On this side of the pond, an Amber alert is sent out to all phones when a child goes missing. Would you have this same service on your side of the pond, and, if so, what would it be identified as?

John Simm stars in Prey as a detective on the run after being falsely accused... 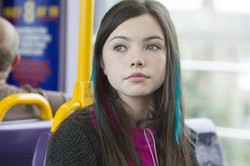 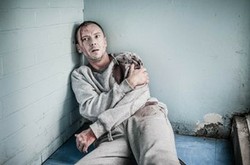 John Simm stars in Prey as a detective on the run after being falsely accused of murder. The three part series starts on ITV on Monday 28th April 2014.
31%  1   4 SteveRogerson
British TV