Innocent U.S. citizens are being deprived of their valuables under the rules of civil forfeiture

It goes by the somewhat innocent sounding names of “equitable sharing program” or “civil-asset forfeiture,” but those who have fallen victim to the process are more inclined to call it highway robbery. Under the guise of fighting terrorism, the drug trade, or organized crime, law enforcement officials are allowed to confiscate valuables derived from crime from people and to use the proceeds to fight lawbreakers. In 42 states, the authorities only need to “suspect” that cash might come from illicit activity in order to seize it; conviction for a crime is not necessary and neither is a warrant. 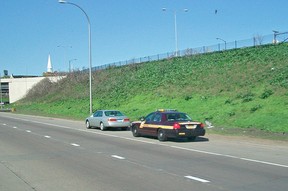 The cop engages in a conversation and makes a request to search the vehicle – “Sir or Madam, we have to be vigilant about terrorism, drug trafficking…”

The driver is neither a raving jihadist nor a heroin dealer so agrees to the search. But, as Neil Macdonald of the Canadian Broadcasting Corporation reports the talk about catching criminals is all a smoke screen: “What he’s really looking for, though, is money.”

Should the driver be unlucky to have a roll of fifties in the glove box he or she is going to lose it.

Macdonald continues “The officer will probably produce a waiver, saying that if you just sign over the money then the whole matter will just disappear, and you’ll be able to go on your way.”

If you don’t sign the waiver then a series of unpleasant things is going to happen. 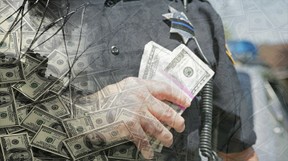 The Washington Post carried out an investigation in the summer of 2014 and found that since 2001 there have been 61,998 cash seizures on roadsides and in other circumstances without the use of warrants. The total amount taken adds up to $2.5 billion.

No doubt, some of this has come from criminals, but many innocent people also have been caught in the trap.

The New Yorker told the story Jennifer Boatright of Houston. With her two sons and boyfriend, Ron Henderson, she was on her way to buy a used car. Outside the town of Tenaha, near the Louisiana border, their car was pulled over.

Could the officer and his partner search the car? They found the cash the couple had to buy the car “and a marbled-glass pipe that Boatright said was a gift for her sister-in-law.” They were escorted across town to the police station. 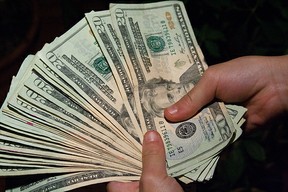 Although no drugs were found, the police report said the couple were suspected of being drug couriers because they came from Houston “a known point for distribution of illegal narcotics.” The children were described as possible decoys.

That’s when a deal was put on the table. Here’s how The New Yorker describes the offer: “They could face felony charges for ‘money laundering’ and ‘child endangerment,’ in which case they would go to jail and their children would be handed over to foster care. Or they could sign over their cash to the city of Tenaha, and get back on the road.”

The couple handed over a little more than $6,000 and left with the kids. Following the terror attacks of September 11, 2001, Americans lost many of their freedoms and civil rights in the so-called “War on Terror.” Washington’s Homeland Security called on local police forces to be more aggressive in looking for suspicious characters and drugs.

Millions of dollars were spent on training officers in techniques aimed at apprehending the bad guys; techniques that are now being used in civil-asset forfeitures.

Cash-strapped municipal police forces are using the seizure of valuables to finance their operations, among other things.

Using the very powerful tool of civil forfeiture authorities can seize valuables without filing criminal charges. It’s then up the owner to prove his or her innocence in order to get their property back. The process is long and usually costs more than the value of whatever was taken, so only about 16 percent of the seizures are challenged.

Scott Bullock of the Institute for Justice notes that “Under civil forfeiture you give law enforcement a direct and perverse incentive to go out and try to take as much property from citizens as possible.”

Some of the civil forfeiture cash goes for dubious purposes 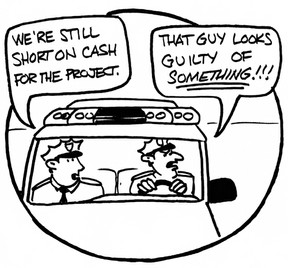 Ron Hain is a deputy police chief in Illinois. He has written a self-published book in which he advocates “turning our police forces into present-day Robin Hoods.”

The legend of the man from Sherwood Forest suggests he stole from the rich to give to the poor. Deputy Hain seems to want to distort that yarn by taking from the innocent and then keeping the money.

But sometimes, the money doesn’t even go to boost police budgets. According to Nick Sibilla, forfeiture proceeds have been used by:

How the folks whose money covered these expenses feel about this is not recorded.

“Policing for Profit: The Abuse of Civil Asset Forfeiture.” Institute for Justice, March 2010.

Asset Forfeiture: What to Do When Police Seize Your Property
98%  9   19 RupertTaylor
US Politics