An Unconventional Perspective: The Difference Between Humans and Animals

What is the difference between humans and animals? This page looks at humans vs animals from an evolutionary psychology standpoint.

Humans and animals have many distinguishing attributes. Many people argue that it is our larger brain, language, religion, altruism… that set us apart from animals. Humans are musical beings – we hear music in the rustling of leaves, in the soft rhythmic breaths of a sleeping child, and some even hear music each time they rev their car engines. Although people have differing music tastes, music is found in every human culture as a form of communication or art. Art employs a battery of advanced skills such as creativity, self-concept, symbolism and aesthetic elements such as beauty. I agree with scientists who believe that humans are special creatures with unique abilities, cultures and innate desires to create and appreciate art. In this page, I want to suggest and convince the reader why music making, in its all-encompassing essence, qualifies to be the most significant attribute that defines us as human.

Music seems like an unlikely choice of attribute to distinguish humans from animals. However, I believe that music is the life force, activity, and inherent human quality that permeates and transcends religion, language, relationships and every domain of our life that seems unique to us. In The World in Six Songs, Daniel Levitin (2008) writes of how our lives have been fashioned and created by our musical brains. When we deconstruct music making, there emerge 6 kinds of songs about love, friendship, knowledge, religion, comfort and joy (Levitin, 2008). A closer examination of these themes demonstrate that in their standalone or overlap, they are the key ingredients of language, culture, creativity – which are the very traits that scientists argue are uniquely human.

I must now clear the misconception that we may have about animals and their musical abilities. Scientific studies show that the main difference between art and aesthetic behaviors in animals and humans is that humans make music for purposes that relate beyond their survival; beyond communication or mate attraction; animals do not have a concept of aesthetics shared by humans.

When music is concerned, despite how musically we perceive the tone of a croaking frog, howling dog, chirping bird or singing whale, these are forms of communication and behaviors that we humans have used our own artistic language and lenses to describe and label as musical.

It is almost as though along the corridors of evolution, the seeds of music were sown. But it took a specific chain of evolutionary incidents that occurred only in early human ancestors that ignited a fiery explosion of music in humans. In the process of evolutionary developments, music proliferated like a weed and grew to become the powerful yet subliminal force that gave birth to the outstanding aspects of human nature like culture, religion and knowledge… In the case of animals, their differing evolutionary paths did not create fertile soil for music to evolve so complexly, if at all.

Once again, I clarify and acknowledge that both humans and animals produce sound, but human sound may be called music, while animal sound may not qualify as music because of the non-aesthetic or symbolic intention behind it.

Unlike animals, there came a time frame in evolutionary history where human sound production gained the quality of music making. When humans engage in music making, although intentions to communicate exist, there is additional desire to create beauty. This innate desire for beauty is often performed unconsciously, but good everyday examples include adopting the sing-song patterns in certain speaking accents to gain acceptance from social groups, cringing when we hear a song-leader singing off-tune in church, or even changing the tones or timbres of our voices when we answer phone calls to present ourselves as warm or welcoming to others.

So while many may argue that it is religion, a conscience, language, intellectual ability that defines humans from animals, I hope this page offers you a more unusual perspective, and I have tried to propose that is music that has forged our human attributes and distinguished us from animals.

How did music evolve? Check out my other page here.

It seems like the definitions of what defines an animals and what defines a human changes whenever it is shown that animals have the same ability. Your article gives me a lo of food for thought.

A very interesting read. Now I'm not spiritual or religious, but music, now there's something I can appreciate. You got me interested enough to follow your link and learn more about how music evolved.

Charlotte, I really enjoyed reading this. Music has always been a huge part of my life. I have sung since the age of four and taught myself to play the piano. There is music playing in my house all the time, as well as in the car. I'd fold without it. Every dog I have ever owned has sung with me. I think that is due to the quality of my high soprano...that and the fact that dogs sing because they love to be part of a pack...they sing with me because I am the pack leader...not because the act of singing music attracts them. However, my Raven always sang with Perry Como when I played Without A Song and our Joey sings immediately on the downbeat with me on Love Will Be Our Home. But that was because I sang it at a Vow Renewal Ceremony last Sunday and he practiced with me daily for two weeks! :) Agreed...animals communicate with their musical sounds...not the same concept as we humans.

Hey Tandemonimom, that is interesting too - empathy distinguishing us from animals. There must be so many things that set us apart though, each time i think the list gets longer and longer! Thank you for dropping by!

I read just the other day that one of the things that sets us apart from animals is empathy: the ability to see things from another's point of view. Music is one that I hadn't considered and it's true too!

Hey Shellamarie!
Thank you for stopping by! I do too agree that the search for beauty points us to God. I actually wrote this for a class I had to take, so I had to argue from an evolutionary psychological perspective. Oh singing, it makes me bubble with joy too! I wish more people would sing though!

I find this an interesting discussion. I have to admit, though, that I believe the search for beauty is really the search for God. But I enjoy your take on the matter. I love to sing! There's such joy that can well up inside and come out as song, isn't there?

How to Get into the Best Psychology Colleges in the US

No short cuts or tricks just simple tips which may help you move into one of ...

PsyD vs PhD in Clinical Psychology

This article breaks down the pros and cons and major differences of the PsyD ... 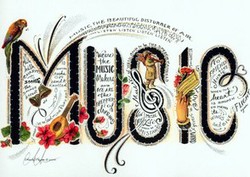 Evolutionary Psychology: The New Science of the Mind
29%  3   3 Glenn619
Psychology and Sociology 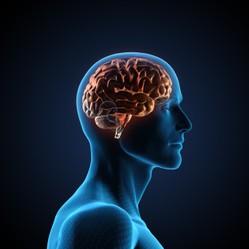 How to Get into the Best Psychology Colleges in the US

No short cuts or tricks just simple tips which may help you move into one of the recognized psychology colleges in the US.
14%  0   2 sinclair89
Psychology and Sociology 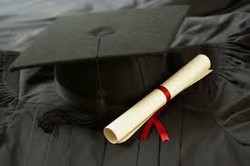 PsyD vs PhD in Clinical Psychology

This article breaks down the pros and cons and major differences of the PsyD vs PhD in clinical psychology.
Loading ...
Error!