Ayurveda A Way of Life

Long considered as alternative medicine Ayurveda is in no way alternate practice. It is a holistic medical science that differs from modern medicine but it delivers....

Oriental healing systems and all exotic sciences are also considered alternate due to prejudice that modern practitioners hold. Ayurveda is a curative science that prevents diseases by sobering lifestyles, advocating the consumption of natural vegetative matter and Earthly elements traces.

Ayurveda does not often deliver a time-bound veritable cure, but its palliative and preventive impact is noticeable if consumed as advised. Diet manipulation and variation, abstinence, and exercise, chiefly Yoga, are essential to this practice. In the end, benefit accrues tremendously from a healthy lifestyle, as the system advocates.

Sustained consumption of Ayurvedic medicine is helpful without any or little side effects. However, like any healing science, the delivery should be at the hand of an experienced doctor, and the drugs should conform to safety standards. The pharma industry in India is manufacturing medicines keeping safety standards and efficacy as a regulatory measure. 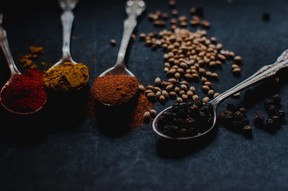 Hinduism being a nature-centric belief, the development of a healing science based on vegetative matter and elements was obvious. Animal products are used in some formulations without the animal being killed.

Ayurvedic formulation chiefly comprises roots, shoots, stems, leaves, fruits, and flowers extracted in powdered or liquid forms and mixed. The base is usually honey or clarified butter, but sometimes a paste of sandalwood is also used. The formulations often mixed with Earthly minerals and metals have become a bone of contention since a few are labeled as toxic. But expert physicians have been treating humans for ages without any catastrophe. It is the right proportion that should be in consideration. Like any medical practice, the quacks should be avoided.

Yes, like all healing sciences, the treatments have to be delivered by qualified practitioners. India offers an institutional degree in Ayurveda. Most of the formulations available in the country are manufactured by well-known pharmaceutical giants, and some of them are exported to many countries.

Anyway, the composition is mentioned in formulations, and if uncertainty prevails, they should best be avoided. Please do not purchase medicines from street vendors or against the prescription of unqualified practitioners.

This traditional Indian system of healing did not subscribe to evidence-based research or a bioresearch model. Yet centuries of popularity have led to widespread use more as healthy lifestyle products than medicines with proven efficacy. Nevertheless, such an old science cannot be pseudoscientific as it is often referred to. Anyway, some research is experiencing the daylight, and we will be better informed.

**Ayurvedic medicine should be consumed under the strict supervision of medical experts, and they are no substitute for modern medical practices. However, they can be consumed in conjunction.

A long time back, dating more than five thousand years, Hindu sages or rishis discovered many secrets of life, and wellness and peace of mind were prominent among them. Thus Ayurveda was born, the healing science bolstered by the serenity that prevailed in sylvan surroundings. The ambiance led to the development of thought, skills, and craftsmanship, and the rishis (saints) took help from nature. The practice of dhyana (meditation) in isolation was typical 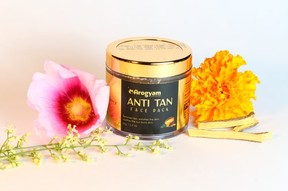 to Hindu saints, a path akin to renunciation like the great Buddha followed in search of truth.

Vedic Civilization, a predecessor to present-day Hinduism, experienced intense research and development in a wide spectrum of aspects of our lives. With a conservation ethos and robust lifestyle, the footprints of the Vedic era began to form the backbone of life in the Indian Subcontinent that is still visible overtly or subtly in the people.

Nature worship emanated with the realization that humans are interconnected with biotic and abiotic surroundings, and hence due importance should be accorded. Worshipping of trees, rivers, animals, and Earthly elements is not by any means a juvenile practice as detractors tend to propagate. Exalted or revered status is meant to respect the sanctity of all life forms and elements. This sanctity accorded is a better way to explain their importance in this ecosystem we call Earth. Preservation is the key to a sustainable Earth that stays in equilibrium.

Ayurveda texts can be found in the Vedas and numerous treatises. Sushruta Samhita dates back to 600 BCE is written by the first Indian surgeon who conducted plastic surgery, sutures, and kidney stone extraction. Other treatises are Charaka Samhita, Ashtanga Hridaya of Vagbhata, with details of over 700 herbs and 6,000 formulations. Madhav Nidan (~800 AD) provides over 5,000 signs and symptoms. The system developed alongside as Vedas were being scripted, and the texts comprise ample literature on this healing science. Most of the treatise is documented in Atharvaveda with information on the practice and formutaions is found in Charak Samhita and  Sushruta Samhita texts as mentioned above.

Numerous books have been written by modern practitioners of this healing system in India. These books can be found in Indian book stores and online websites relating to Ayurveda.

Considered as the most suitable remedy for difficulty in passing the stool. Isabgol works smoothly without any side effects. This dietary fiber has many other benefits besides being an effective laxation solution.

Isabgol is exported to the USA, South Africa, UK, and EU besides China. More than 12000 tonnes are exported annually, and the figures are rising.

Ashwagandha - Withania somnifera
Ashwagandha is a powerful tonic besides often used as an aphrodisiac. It is derived from the roots and berries of the plant. It suppresses the production of cortisol hormone to relieve stress. It is also supposed to enhance muscle formation and maintain sugar levels in the body.

Brahmi - Bacopa monieri
Brahmi is supposed to act as an anti-inflammatory and increase cognitive powers in humans. It reduces ADHD or attention deficit among humans.

Gotu Kola - Centella asiatica
Gotu Kola is an aquatic herb of longevity. It is supposed to improve memory after a stroke. In addition, it reduces anxiety and depression besides reducing stretch marks, varicose veins and may relieve joint pains.

Shilajit - Dead Plant Resin
Shilajit Resin is used as a tonic and in bone fractures. It is supposed to work in many ailments, including in the case of chronic fatigue syndrome.

The list of ingredients used in Ayurveda medicine are in thousands. Those interested in Ayurvedic medicines can buy online. They are also available at reputed pharma stores in India.

Ayurvedic practice gives me hope with its all-encompassing approach to the patient. It represents for me the beautiful kindness and wisdom that my parents raised me to regard as true of ancient and modern India.

Instructions are written on the formulations or they are consumed as suggested by the Ayurvedic practitioner.

Would Ayurvedic medicines be consumed all by their lonesomes without drink or food?

I think these are common bases but more dependant upon the practitioner until there is a specific mention of base in a formulation.

Revisiting your article called to mind a question that I had when I first read it.

Under your picture of an ayurveda pestle, you describe the base to formulations as clarified butter, honey or sandalwood paste. Is the base specific to the formulation or may any one of the three work? (I pose the question since I'm partial to honey.)

Yes, we come to know of beneficial aspects of some plants with the use and passage of time. In India work is being done on the capabilities of plants for health benefits as in Ayurveda. More has to be discovered. Very few plants are toxic to humans.

Often plants have positive effects we do not fully understand, but only certain plants.

No I think Shilajit is not replaceable.

pateluday, Thank you for practical information, pretty pictures and product lines.
Ancient peoples such as those of the Indian subcontinent exhibited impressive perception of peoples and things on Earth and of things in the universe.
It's no surprise that ancient Indians would develop ayurveda since they, like their descendants today, respected resources and sentients. Most if not all of the Sanskrit words that I know show among their definitions a sentient animal or plant association.
But back to your article...would any dead plant resin do for shilajit or would some be of greater efficacy and priority than others?

A discussion of the use of Bael Fruit in one case study involving a patient w...

There are many legends and myths doing rounds on home Ayurvedic remedies. Her... 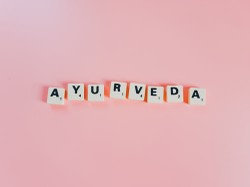 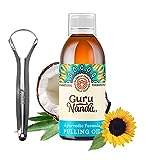 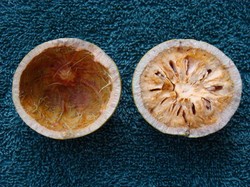 A discussion of the use of Bael Fruit in one case study involving a patient with ulcerative colitis.
52%  3   6 WriterArtist
Ayurveda 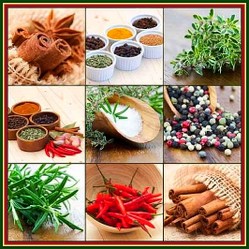 There are many legends and myths doing rounds on home Ayurvedic remedies. Here are some facts and truths to ponder before establishing any views on Ayurveda.
Loading ...
Error!