Thailand's capital city, Bangkok, is home to 12 million people and one of the top cities of southeast Asia. It is a city of palaces, temples, river cruises and Thai silk and food.

Bangkok is the capital of Thailand but it is also one of the world's leading tourist destinations. With its numerous palaces and wats (temples), museums, parks and markets, river cruises, Jim Thompson's house, Thai silk, Thai cuisine, and cultural performances, the city will keep the visitor busy for many days. In this article we explore some of Bangkok's great tourist attractions.

The Grand Palace and Temples

Grand Palace: Built in 1782 this palace includes the Wat Phra Kaeo (Temple of the Emerald Buddha) with its Emerald Buddha. It is an edifice (built following European palace design) with magnificent paintings, statues and gilding. It is absolutely breathtaking, absolutely gorgeous. Be prepared to cope with quite big crowds -- unless you visit early in the day (gates open at 8.30am). Dress rules are strict -- for example, no short pants or sleeveless shirts. Plus you should wear a hat to avoid the heat. You may want to take a guided tour to get the most out of your visit. A private guide is a good idea: the tour would take about three hours and you will learn a lot about Thailand's history, monarchy, and architecture.

Temple of the Emerald Buddha (Wat Phra Kaeo): Located in the grounds of the Grand Palace, this Buddha is not actually made of emerald but of jade. It is encrusted with goldleaf and jewels. Made in the 14th century, the Emerald Buddha is actually quite a small image but set on a quite high pedestal. Nearby are murals detailing the stages in the life of the Buddha The atmosphere is inspiring with ceremonial candles, burning insense, lotus flowers dipped in holy water, and the sound of tinkling money as worshippers drop donations into the merit bowls. Do not imitate the bad behavior of some travelers: remember the Emerald Buddha is sacred and respect the temple and its images as a holy place of worship. Also remember: no photograghy is allowed.

Temple of the Reclining Buddha (Wat Pho): This is very historic temple and probably one of the four "must see" temples in Bangkok (the others being the Golden Buddha, Emerald Buddha and the Wat Arun). Most tourists just opt to see the reclining Buddha, a massive statue and well worth seeing; but they miss out on seeing all the other Buddha images in the cloisters and shrines, and a number of stupas, located around this temple complex. Take your time, find a shady spot, have a cool drink, and enjoy the serene beauty.

Temple of the Golden Buddha (Wat Traimit): Set in the midst of Bangkok's Chinatown, this temple contains the Golden Buddha which is made of pure gold and weighs more than five tons. This Buddha image was built over 700 hundred years ago during the Sukhothai period. For centuries the gold was hidden under a clay surface (to conceal the valuable metal from enemies of the kingdom) which was only revealed accidentally while it was being moved. As usual, remember this temple is a sacred place: take your shoes off, speak in a low voice, do not point your feet towards any Buddha image.

Temple of the Dawn (Wat Arun): Probably the most popular and photographed of Bangkok's temples (it is also featured in one of Yukio Mishima's novels), the Wat Arun has a 70 meter high spire which is decorated with glass and porcelain. Located right on the Chao Praya river, you can climb the very steep stairs up the huge central stupa and be rewarded by a wonderful view at the top. This temple is a lot less crowded than the Grand Palace. Just buy a cold water melon shake and enjoy the view!

Wat Arun, one of the most visited temples in Bangkok

Jim Thompson was an American who revived the Thai silk industry in the period just after the Second World War. He also collected traditional Thai houses from around the country and brought them to his property in Bangkok. He modified them somewhat according to his own connoiseur tastes and then reassembled them there. One of them, which we know as the Jim Thompson House, can now be visited by tourists.

This teak wood house, built beside one of Bangkok's klongs (canals) and surrounded by a small lush green tropical garden (including coi ponds), is filled with beautiful antique Buddhist antiques and artefacts (sculptures, ceramics, porcelain, statues, paintings and plaques) from Thailand and all over Indochina.

The house was constructed entirely without the use of any nails and is an elegant mix of Thai architectural styles. It is a very peaceful place, set back from the traffic madness of Bangkok's main roads. The Jim Thompson House gives a sense of gracious living that prevailed in old Thailand. There is an excellent cafe and shop on the premises.

Jim Thompson disappeared without trace in the Cameron Highlands, Malaysia, in the 1960s.

Bangkok on the Internet

Bangkok
Interesting article describing Bangkok as it was in around 1880.

Melbourne, Australia: History and Heritage
Melbourne is Australia's second largest city. The capital of the state of Victoria, it is a vibrant multicultural center with a love for the arts, sports, food and the good life.

Manila, Philippines: The Pearl of the Orient
Manila is the vibrant capital of the Philippines. The city features a mix of the old Spanish and Filipino cultures and a lively, modern lifestyle.
Updated: 05/22/2015, DavidPaulWagner
Thank you! Would you like to post a comment now?
2

I would love to go to Thailand one day! Bangkok sounds like a fascinating city.

My sister had one request when she came to visit me in Thailand, and that was... 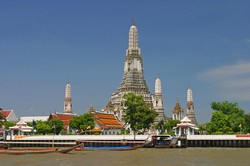 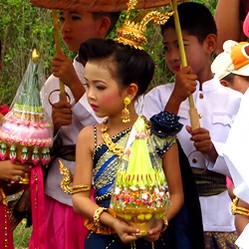 Photographers love Thailand for its scenery, colorful culture and wildlife. This day trip began as a bird photography tour but other photographic opportunities were excellent too.
71%  8   7 nickupton
Thailand 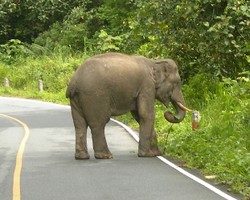 My sister had one request when she came to visit me in Thailand, and that was to see a wild Asian Elephant. She got more than she bargained for!
Loading ...
Error!