Manila, Philippines: The Pearl of the Orient

Manila is the vibrant capital of the Philippines. The city features a mix of the old Spanish and Filipino cultures and a lively, modern lifestyle.

Compared with Bangkok or Singapore, Manila does not receive that many visitors from abroad. But those who make the effort to visit will have a memorable experience. Sunsets over Manila Bay, the huge Luneta Park, interesting old Spanish churches, fun transport in the jeepnies, and -- above all -- the warmth of the residents of Manila! Let us explore the city of Manila.

Where and What is Manila?

Located on the shores of Manila Bay (the finest harbor in Far East), Manila is the capital of the Philippines. Together with a number of adjacent urban areas, Manila is part of a sprawling megacity called Metro Manila which has a population of more than 16 million.

The Manilenos (residents of Manila) comprise a number of different worlds: large communities of poor people, a small middle class and an even smaller rich elite living apart in its own enclaves.

Manila has long been known as the "Pearl of the Orient". The tourist may be assured here of a warm and friendly welcome.

Manila in the Early Days

People have been living on the site of present-day Manila since at least the 10th century AD. There was an early Indianized city state which maintained diplomatic ties with Medang, China and Japan. This was followed by an Islamized city state under the domination of Brunei.

With the Spanish colonization of the Philippine Islands, Manila was made the capital of the country in 1565. The city was closed to foreigners until the early nineteenth century.

To protect the city from invasions, the Intramuros, a massive walled city in the center of Manila, was constructed, beginning in the late 16th century.

Trade with the outside world was only permitted using Spanish galleons which took goods from the Philippines to Apapulco, Mexico and then on to Spain.

The European Enlightenment with its notions of liberty and justice became to known to Filipino intellectuals during the nineteenth century and a movement for independence began to grow. The great Filipino leader, Jose Rizal, was convicted on trumped up charges and executed in what is now Rizal Park, Manila.

Manila in the American Era

The Spanish-American War broke out in 1898. After the United States defeated the Spanish colonists in the Philippines in the Battle of Manila Bay and then in turn defeated Filipino patriots fighting for their country's independence, the Philippines passed under American occupation.

The Americans introduced modern amenities to Manila, such as electricity, gas, water and sewage services. They improved the admininstration, education and health systems, which had been in a realtively neglected state under the Spanish.

During the Second World War, Manila was occupied by the Japanese from January 1942 till March 1945. The city was recaptured by a joint operation of American and Filipino troops, but savage fighting meant that more than 100,000 civilians were killed and the city was flattened. Manila was called the "Warsaw of the East", referring to the fact that the World War II destruction of buildings and infrastructure in Manila was worse than any other city in the world, except for Warsaw, Poland.

Manila: Pearl of the Orient

Since the independence of the Philippines in 1946, Manila's industry and commerce have seen great developments. Its factories produce chemicals, textiles, electronics and commestibles, and process many primary products for export.

On the negative side, Manila -- and Metro Manila generally -- has big environmental problems, ranging from smog and open dumps to polluted air and rivers. According to cleanairnet.org, pollution now adversely affects the life of 98% of Manila's residents.

Some of the interesting things to see in Manila are:

Books on Manila and the Philippines

Manila, Philippines
Tourist attractions (a series of pages with detailed information and photos) and history of Manila.

The Manila Bulletin
A daily national newspaper based in Manila. Founded in 1898, it is one of the oldest newspapers in the Philippines.

Baguio, Philippines: The City of Pines
Up in the mountains of the northern Philippines is Baguio, the summer capital of the country. Baguio is an important educational, religious and vacation center.

Bangkok, Thailand: Palaces, Temples, River Markets and Silk
Thailand's capital city, Bangkok, is home to 12 million people and one of the top cities of southeast Asia. It is a city of palaces, temples, river cruises and Thai silk and food.

Melbourne, Australia: History and Heritage
Melbourne is Australia's second largest city. The capital of the state of Victoria, it is a vibrant multicultural center with a love for the arts, sports, food and the good life.
Updated: 05/22/2015, DavidPaulWagner
Thank you! Would you like to post a comment now?
2

Interesting history of a great metropolis!

The island of Boracay with its fine white sand beaches and crystal clear wate...

Baguio, Philippines: The City of Pines

Up in the mountains of the northern Philippines is Baguio, the summer capital... 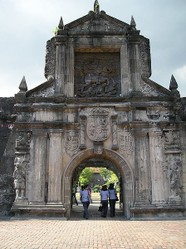 Manila, the Pearl of the Orient: Guide Book to the Intending V...
23%  1   3 DavidPaulWagner
Philippines 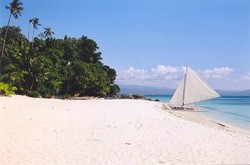 The island of Boracay with its fine white sand beaches and crystal clear waters is one of the Philippines' top tourist destinations.
21%  0   3 DavidPaulWagner
Philippines 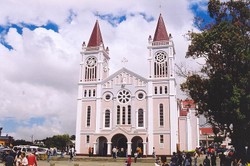 Baguio, Philippines: The City of Pines

Up in the mountains of the northern Philippines is Baguio, the summer capital of the country. Baguio is an important educational, religious and vacation center.
Loading ...
Error!