Melbourne is Australia's second largest city. The capital of the state of Victoria, it is a vibrant multicultural center with a love for the arts, sports, food and the good life.

For more than a century, the Australian cities of Melbourne and Sydney have enjoyed a friendly rivalry. Which is the most civilized, the most pleasant place to live? The truth is that both are in the top ten percent of the world's great cities. Melbourne is one of the most interesting Victorian-era cities in the world with impressive buildings, streets and gardens. On top of that, it has so many things to do! Let us take a look at Melbourne.

Melbourne in the Early Days

A small British settlement was established on Port Phillip Bay in 1803 but it only survived for a year. A permanent settlement was finally set up in 1835 by a number of settlers from Van Dieman's Land (modern-day Tasmania), including one John Batman who purchased 600,000 acres of land from the local Wurundjeri Aboriginal tribe.

In 1837 the settlement was named "Melbourne", after the English prime minister of the day, William Lamb, 2nd Viscount Melbourne.The Victorian Aboriginals were largely driven off their lands, including those where Melbourne was being constructed.

Gold was discovered in central Victoria in 1851. A gold rush soon followed with Melbourne becoming the entry point for large numbers of miners coming to make their fortune. The population rose from 25,000 to 40,000.

The profits from gold led to a massive civic building program. Public buildings such as Parliament House, the Treasury, the University, the Post Office, Government House, Victoria Barracks and various churches and markets, plus major gardens and avenues, were constructed in this period.

By the 1880s Melbourne had become the second largest city in the British Empire (after London) and the richest city in the world. But the boom ended in 1891 with a financial crisis, economic depression, and the collapse of 16 banks and building societies.

All the British colonies in Australia combined to become the Commonwealth of Australia on January 1, 1901. This event was known as the Federation of Australia. Melbourne was the nation's capital from 1901 until 1927 when the capital moved to Canberra.

During this period most of the nation's institutions (such as the government offices and the head offices of the banks and major businesses) were located in Melbourne. Rail and tram networks were expanded.

Like the rest of Australia, Melbourne suffered massive casualties during World War I (1914-18) and then a number of years of economic downturn and hardship with the Great Depression which began in 1929.

The Opening of the First Parliament of Australia, Melbourne, on 9 May 1901

Melbourne welcomed many migrants, mainly from southern Europe, such as Greece and Italy. Melbourne was to become the second-largest Greek speaking city in the world after Athens.

in 1989-1992, the city experienced a great economic downturn, which the Kennett government countered using extensive public works, promotion of Melbourne as a tourist destination, and a privatization program.

Today, "Marvellous Melbourne" is a vibrant state capital city, and the birthplace to the Australian film industry and television, home to a lively theater and music scene, and headquarters of the ever-popular Australian Rules football.

Melbourne on the Internet

Melbourne, Australia
Melbourne's history and tourist attractions. The history section covers a few of the colorful characters of Melbourne's past and includes some great quotes.

Melbourne, Victoria
Detailed article showing Melbourne as it was in the 1880s. The article originally appeared in the Encyclopaedia Britannica, 9th edition, when Melbourne was the second largest city in the British Empire.

Bangkok, Thailand: Palaces, Temples, River Markets and Silk
Thailand's capital city, Bangkok, is home to 12 million people and one of the top cities of southeast Asia. It is a city of palaces, temples, river cruises and Thai silk and food.

Manila, Philippines: The Pearl of the Orient
Manila is the vibrant capital of the Philippines. The city features a mix of the old Spanish and Filipino cultures and a lively, modern lifestyle.
Updated: 05/22/2015, DavidPaulWagner
Thank you! Would you like to post a comment now?
2

We love our visits to Melbourne!

Everyone likes to save money, right? I love visiting Melbourne, so over the y... 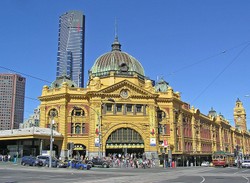 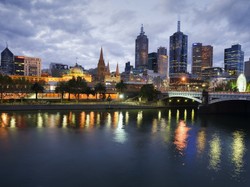 A Cheapskates Guide to Melbourne, Australia - 10 Free Attractions to Save You Money

Everyone likes to save money, right? I love visiting Melbourne, so over the years I've compiled a 'guide to free attractions' for cheapskates like me ;)
48%  5   5 lou16
Queensland

There are three main waterfalls on Queensland's Mount Tamborine - Cedar Creek Falls, Curtis Falls and Witches Falls and they are gorgeous!
Loading ...
Error!