Belgium is famous for its varied selection of excellent beers and the capital of Brussels is a good starting point to explore the bars, pubs and taverns that serve them. Here, Steve Rogerson presents a guide to some of the more interesting ones around the streets close to the Grand Place area in the centre of the city.

First, it is impossible to write a short article that can even begin to do justice to the wealth of great bars and excellent beers on offer in the Belgium capital of Brussels. Almost every street and alleyway in the centre has a drinking establishment that will serve beers to die for, and there is a case that beer lovers who do die go to Brussels – the Asgard of the hop fans.

That said, the casual visitor needs somewhere to start, though just walking into any bar at random is likely to provide an uplifting experience for all but the very unlucky. All this article can possible do is list a handful of very good bars, and the list is what is below.

Go to Brussels. By all means visit any of the bars here, or other bars, and feel free to share your experiences in the comments box at the bottom.

This would be quite difficult to find, being at the end of a narrow covered corridor off the street, if it was not for the flashing illuminated sign with an arrow pointing down the alley, and it is certainly worthwhile if only for their own blend of Lambic Doux, a sweet lambic that comes in at five per cent abv and is served in a porcelain jug from which the drinkers pour into glasses. Also on offer is Lambic Blanc, claimed to be the only white beer based on lambic, and Kriek Lambic, a more traditional lambic and cherry combination. Inside, rows of tables and chairs resemble a miniature beer hall. Food is also available.

Sandwiched between two alleyways with an entrance in both, this odd shaped little pub has a small range of draught beers including the excellent Kwak in its unmistakable glass. Live music sometimes provides entertainment in the evenings and the welcome is always friendly. There are three stools at the bar and the rest of the seating is around wooden tables. And while there, it is worth popping out into one of the alleyways and visiting Au Bon Vieux Temps, a lively local bar.

The address of this famous bar is almost, but not quite, as long as the bar itself. Though beers from the brewery are available elsewhere in Brussels, there is no excuse for not trying the Mort Subite beers at the pub that gave the brewery its name. The brave might want to try to sour Oude Gueuze, the craven the sweet cherry kriek. Other, more normal beers are also available, though it is rumoured the death penalty awaits anyone who actually orders the Carlsberg. The shy should note that the loo is unisex, in that those of either sex in need of a cubicle have to walk past the men using the urinal to get to them.

Opposite and named after the famous Manneken Pis statue, this small pub has recently been refurbished with a modern looking bar serving a variety of classic Belgian beers. There is also a  range of bottled beers. The rest of the bar area has tables and chairs plus there is extra seating upstairs. Near the foot of the stairs is what looks at first like a modern sculpture but in fact depicts the brewing process.

Mannequins are also the theme at this very impressive bar, again almost opposite the Manneken Pis statue, which is not surprising given the name of the bar translates to “mannequin cellar”. The mannequins range from the very small to full-sized human dummies. The range of beers is also impressive; they claim to have 120 to 150 different beers on offer depending on the season; there are more during winter. Small meals and snacks are available.

This is a Delirium themed alleyway reachable from the junction at the centre of the Galeries Royales St Hubert shopping centre. The main venue in the alleyway is the Delirium Café with more than 3000 (yes, three thousand) beers available, including a wide selection of international beers. The bar actually made it into the Guinness Book of Records in 2004 for having a mere 2004 commercially available. The beer menu comes in the form of a thick annual catalogue that has to be seen to be believed. Of course, the Delirium beers are available on tap and in the Tap House, also part of the complex in the alleyway, which happens to be the home of the female version of the Mannekin Pis statue (called Jeanneke Pis).

This brewery and bar specialises in American style craft beer with most brewed on the premises. Drinkers sit round wooden tables in the back next to the brewery trying the 14 draught or two bottled beers; one of the draught beers is normally a guest. Sample trays are available, as is cheese. The brewery project was launched in June 2013 and was financed by crowd-funding.

Sports bars are sometimes looked down on by beer connoisseurs, but many people like good beer and good sports at the same time, and if you are in central Brussels this is one of the best options. The draught range is a little limited when it comes to quality, but there is a solid bottled range covering many of the Belgian classics. The bar itself is quite dark with a mix of old and new wooden tables; there are also stools at the bar. Big screens showing sports obviously provide the entertainment.

Where Else to Drink in Brussels

As said at the start, almost anywhere. Belgium has some of the best beers in the world – it also has one of the worse in Stella Artois, so avoid drinking that. And if you find a bar to shout about, then don’t keep it to yourself but share its delights with the rest of us.

SteveRogerson, Thank you for practical information, pretty pictures and product information.
In a way, A La Bécasse, Rue de Tabora 11 intrigues me the most with its beer-hall looks and its porcelain jug-served beers. But it's interesting how in such a small area each business appears to have a signature presence. It makes me think that Brussels as a round-trip launch through Belgium would warrant at least an 8-day beginning there to loosen up with a different bar each day, in preparation for the succeeding days elsewhere.

What is the sample size at Brussels Beer Project, Rue Antoine Dansaert 188?

And what would determine who gets to occupy one of the three bar stools at A l’Imaige Nostre-Dame, Geschenkengang / Impasse des Cadeaux?

Steve Rogerson visits the Belgian coastal town of Ostend to sample some of th... 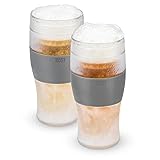 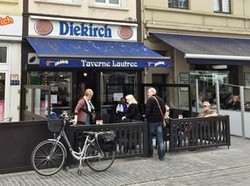 Steve Rogerson visits the Belgian coastal town of Ostend to sample some of the bars on offer
Loading ...
Error!