The Formula One racing season is back after the summer break with the Belgian Grand Prix at Spa on Sunday 25 August 2013.

Just four drivers - Sebastian Vettel, Kimi Räikkönen, Fernando Alonso and Lewis Hamilton - look in with a chance of the title as the Formula One racing season restarts after the mid-season break at Spa-Francorchamps for the Belgian Grand Prix on Sunday 25 August 2013. The up-and-down twisty circuit has been compared with a roller-coaster, but the drivers love it.

The summer break is over and the Formula One racing teams are preparing to restart this season’s campaign at the Belgian Grand Prix in Spa on Sunday 25 August 2013. All eyes will be watching the pre-race practice sessions with added interest to see which teams have spent the last three weeks improving their cars and which have decided to concentrate instead on having an improved model for next season, when there will be major engine changes.

There is no doubt that the four main contenders for this year’s silverware – Red Bull, Mercedes, Ferrari and Lotus – will be looking for a good second half of the season with all having a real chance of coming out with either the constructors or the drivers championship, or both. For the rest, they will probably be looking at using the rest of this campaign to test ideas for next year. The biggest sufferer there is McLaren, which finished last season strongly and was expected to be a front runner this time. That hasn’t happened and the team is living with the embarrassment of being behind Force India in the championship.

The Mercedes challenge to Red Bull received a boost last time out in Hungary with Lewis Hamilton’s first victory for the team, but with Nico Rosberg failing to finish it means they still lost ground in the constructors championship though Hamilton closed the gap on the leaders in the drivers table, where Lotus’ Kimi Räikkönen is leader Sebastian Vettel’s main challenger after a second place in Hungary. Vettel finished third and his team mate Mark Webber fourth which meant all Ferrari’s Fernando Alonso could manage was fifth, dropping him from second to third in the championship. The only other team smiling in Hungary was Williams after Pastor Maldonado finished tenth to give them their first point of the season.

This is a tough race for drivers but one that they love, as it is a real challenge for them with slow, medium and fast corners and fast straights. The circuit flows from the long straights to the corners and back again, but it is important to get the balance of the car right. And it is anything but flat with steep uphill and downhill sections with which to deal. At 7km, it is the longest circuit in the calendar.

The weather is normally warm, so it can be uncomfortable in the car. Rain too is likely to be a factor. A dry Belgian Grand Prix is a rarity and as bands of rain flow across the circuit the weather conditions can change more than once within a single lap. This can lead to much scrambling in the pits to switch tyres. Pirelli’s hard and medium compound tyres are available for the race.

The long-awaited and much speculated on decision of who will replace Mark Webber at Red Bull next year looks set to come to an end as the team is believed to be ready to announce at Spa that Toro Rosso driver Daniel Ricciardo has got the seat. Kimi Räikkönen had been favourite for the job as he is keen to find a more competitive car than the Lotus. Ferrari, however, have denied rumours that he is to take over from Felipe Massa next season.

Favourite to replace Ricciardo at Toro Rosso next season is young Portuguese driver Antonio Felix da Costa. The 21-year-old is currently racing in the Formula Renault 3.5 series. Sauber, meanwhile, have confirmed that Sergey Sirotkin will be racing for them next season. And Spaniard Daniel Juncadella has said that he hopes to get a seat at Williams next year.

Red Bull, the sponsor not the team, meanwhile has had an unusual battle away from grand prix racing in the past month. It tried to use its muscle to convince Norfolk microbrewery Redwell to change its name on the argument that people might confuse its real ales with Red Bull’s energy drinks. After a wave of bad publicity, Red Bull backed down but first secured agreement from the beer brewer that it wouldn’t branch out into energy drinks.

Hi CRfan, hopefully. It looks like it should be a good film.

Should be exciting. Are you planning on seeing the Rush movie? 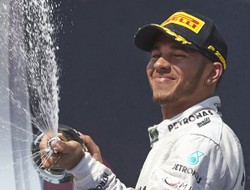