Bernina 830 refers to a couple of very different Bernina sewing machines. The original 830 Record came out in the 1970's while the newer, computerised machine was launched in 2008

Why would a company do that? Its not like the old Bernina 830 is an obsolete - machine, well yes, technically it hasn't been made since 1981 - but in reality the machines sell well in the second-hand market and the demand does not seem to be dying.

So my guess is that Bernina is trying to use the enduring popularity of the Bernina 830 Record to launch their top-of-the-line computerised Series 8 Berninas.

So what is the staid, traditional Swiss manufacturer of quality sewing machines doing? To be honest I'm not sure but I'm prepared to have a guess... The original Record 830 is Bernina's all time top selling machine. A million 830 sewing machines were manufactured between 1971 and 1981 - but their popularity has lived on. Yes they are still highly in demand. And serviceable - take a 30-year old Bernina 830 to a dealer broken - you will get it back fixed! The parts are available - Bernina has always stockpiled parts for their machines and the machine is such a miracle of Swiss engineering they just keep on working.

The popularity of the 830 is such that Bernina - who is known for listening to their customers is counting on capturing some of those people, maybe new to sewing, who have heard about the Bernina 830. In its day the 830 was a top-of-the line model, so is the Series 8 830 sewing machine. But what's with reusing the name?

And then there is the shopping list factor you know "honey I want a Bernina 830" for our anniversary could work quite well. The 30 year old machines are often sold for $500 + on eBay - so you get the idea what the new ones might be worth - add a zero at least. The question is whether she would be happy with a new Bernina? Especially if it was the old Bernina 830 that she wanted?

Bernina Sewing Machine Feet
Looking for a replacement or additional foot for your Bernina sewing machine? Its still very easy to buy old and new style Bernina feet.
Updated: 02/23/2012, MaryF
Thank you! Would you like to post a comment now?
1

Repurpose those old jeans into functional crafts! Use the denim to sew up som...

A step by step photo tutorial on how you can make stuffed felt hearts with co... 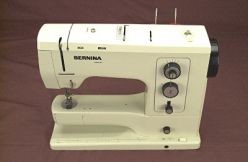 Repurpose those old jeans into functional crafts! Use the denim to sew up some projects -- aprons, totebags, book covers, or drawstring bags.
100%  12   5 Marie
Sewing 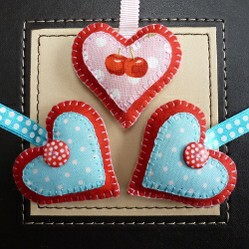 A step by step photo tutorial on how you can make stuffed felt hearts with complete instructions and free printable template for sewing plush hanging felt and fabric ornaments.
Loading ...
Error!