Best toys for girls from the 2012 movie Brave

Brave is the new 2012 adventure movie out of the Pixar studies. The main character in this movie is a strong willed girl Merida who tries to change her fate with unexpected consequences for her whole family.

Girls love all things princess and Merida is the new Disney Princess for this year.

Kids also love toys from their favorite movies and Brave is no different. So here are the best toys from the Brave range for girls.

Horses are a favorite animal for most girls. This means Angus, Merida's horse makes a good choice for any girl who loves the Brave movie.

Angus is a good size for a plush toy. He's big enough for a girl to cuddle without being too big. (He's a little over 17" long and is 14" tall.) He's also a good quality toy because he's a Disney Store Exclusive.

He's suitable for girls 3 years and up.

This plush bear from the official Brave range of toys is a cute character for a girl.

It's about 8" tall (so smaller than Angus the horse) and is also a good choice for children 3 years and up.

This light up wand from Brave is a wonderful toy for a girl. Magic is something wonderful about childhood. it's fun. So this is a great toy to encourage make believe play.

It wand has a dainty, royal look to it. This is so much better than the usual pretend play wands made for girls. It's really gorgeous.

So this is a fun and pretty toy for a Christmas or birthday gift or just as a special treat for a Brave fan.

Kids love puzzles and this one is the cutest available for a girl to solve. It features Princess Merida and her triplet brothers Harris, Hubert and Hamish after they are magically turned into bears.

Although it's marked as suitable for children 3 years and up most young children will find a 48 piece puzzle too hard. It's a fun "together" puzzle if you are happy to help a young child finish it. But it's really more suitable for girls aged 5 or 6 years or older. 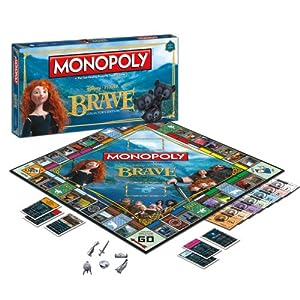 Monopoly is a classic game that's now made in lots of different themes. So it's no great surprise a Monopoly game based upon the Brave movie has been made by USAopoly.

Monopoly is a great game for kids. It's not only fun but it's good for teaching them about math that deals with working out money amounts and change. An important skill for everyday life.

The Brave Monopoly Game has 22 of the top locations in the DunBroch Kingdom and the counter  shapes are all taken from the Brave movie.

Because of all the small pieces this too is unsafe for children under 3. Monopoly is also too hard for a child under 5 or 6 years old to play. But it's a great game for school aged children to play.

Jiminy Cricket from Pinocchio. Some of my favorite video clips, figurines, pr...

Wreck It Ralph Toys and Merchandise

Fun Wreck It Ralph toys and gifts perfect for every ocassion 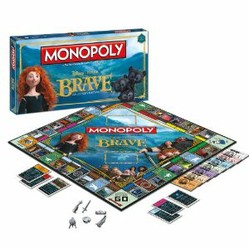 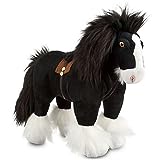 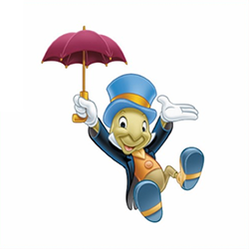 Jiminy Cricket from Pinocchio. Some of my favorite video clips, figurines, prints, pins, toys, and gifts for any Jiminy Cricket fan.
34%  4   3 Janet21
Disney 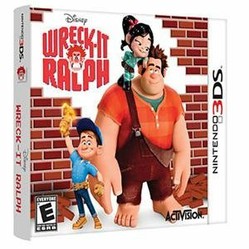 Wreck It Ralph Toys and Merchandise

Fun Wreck It Ralph toys and gifts perfect for every ocassion
Loading ...
Error!