Birth Control - Can you live without it?

Have you ever wondered if there is another feasible way to control your birth rate? I wondered too... 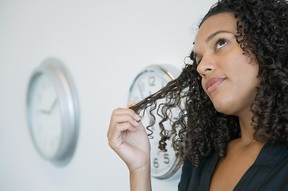 This is a topic that is held close to a lot of people’s hearts, particularly women. And for good reason! Who wants too many children to feed and look after properly? Certainly not me and yet here I am, the mother of three lovely princesses (all planned!)and pharmacist, asking you if birth control is essential and if you can do without it.

Looking over on Reddit, there is a lot of talk about the use of birth control, the US government seems to be asking that religious organisations be made to have health insurance that covers things like contraceptives.  I definitely do not claim to know all the ins and outs of that but it brought me to a subject that I hold dear to my heart – Women and Birth Control.

What made me think the way I do about Birth Control?

When I came to get married, I started to think about birth control and as is usually the way with us ladies, I immediately headed towards hormonal contraception.  I discarded any thought of the daily pill as I knew without a shadow of a doubt that I would forget to take it so I opted for the hormonal Injection, Depo-Provera.  I did not have to think of it for 12 weeks! Woohoo! Except…my periods disappeared which I thought I would be happy about but I felt out of control, felt low all the time, any feelings of attraction to my partner waned and I put on at least 14pounds – Not so great. 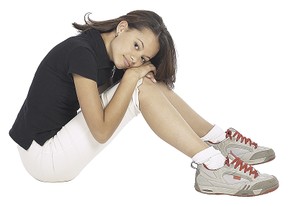 So, I came off that and chose the coil – the non-hormonal variety (IUD –Intra-Uterine Device).  I used this for a while but my periods were heavier and a lot more painful but I put up with it until I spoke to my mother about it and she mentioned that she had never used any of the regular contraceptives her whole life.  AND she had planned to have four children – 2 girls and 2 boys -  and that is exactly what she had got.  I thought it was time to look into this.

So I started to dig deeper into this concept and came across this book – Taking Charge of Your fertility – by Toni Weschler.  I had vaguely heard about Natural family planning but I mostly thought it was the ranting of one religious cult or the other- I may be Christian but that did not mean I was going to let it all hang out.  I did however know there had to be another way of choosing when I had children without permanently changing my body chemistry or having a mercury-laden coil inside of me.

It was at this point that I began to reassess everything I knew about my own fertility.  I have an aunt who used the pill for a while and it took her ten years to get pregnant after that but then I also have friends who fell pregnant within a month, some a year of stopping it, so a mixed bag of results.  The thing I was aware of however was that I knew very little about my body, my cycles and I had left control of it all to people who knew even less about me and to whom I was just a number.

Did you know you are only fertile a few days each month?

Do you know when your last period was?

Do you know how long your natural cycle is?

Have you ever looked at the side effects associated with hormonal Contraception or IUDs?

Are you ashamed of this part of yourself? Your fertility and all that it entails

Taking Charge of your fertility - The Book

Birth Control for You

In answer to the question...

This article is about getting you to think about some of the choices you make when it concerns your body - How might it affect your future if you are yet to have offspring, how does it affect your present health and well-being and how might the side effects affect your health as you get older?

Whatever you choose to do about your birth control, I encourage you to pick up the book and just learn about your body and how to take charge of your fertility.

I have no specific answers for you as we are all unique and must come to our conclusions.  One thing I know for certain is this:

Birth control, can you live without it? No

Some more fertility resources to consider

Fertility Friend
Join a community of women learning how to control their own fertility. Free training provided and free charting online as well as a premium version. I use it daily from my phone app and also directly on the website. It helped me plan my family and still does to this day.

The Politics of Birth Control
There are some irregularities in contraception and birth control that make me question. What do you think?
Updated: 02/09/2012, MuminBusiness
Thank you! Would you like to post a comment now?
2

I would absolutely love to discuss this with you so please leave feedback... 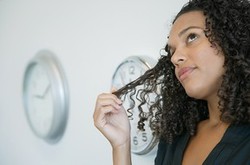