This article focuses on owning a Black Labrador Retriever, their varieties, dog gifts ...

Black Labrador Retrievers make wonderful family pets and hunting dogs. I personally think black labs are fabulous animals. I saw a woman at the park while attending a concert. She had a very large partly lab mutt. This dog was mostly black lab, but his chest and legs were white with black spots. I asked her if he was part Dalmation, she said no "he's part Shetlon Sheepdog and part lab and he's the best dog I ever had." She was also holding another small dog on her lap and she covered his ears when she complimented the lab. But I kept watching her and her dog throughout the concert and that dog was the most obedient and affectionate dog I've ever witnessed. He also had some other blood line in him as he was about 3.5 or 4 feet high standing on all fours- very large. I can't imagine how much food he must eat!

Actually there are three colors the lab comes in: Yellow, Black and Chocolate. And, you may be aware, there is a new trend called "designer dogs" and there is a cross between a Labrador and a Poodle called a Labradoodle.

I'm hoping that by the end of this article, you also believe that black labs are FAB!

The Mixed Dog at the Concert

Send a Laborador Birthday Card to a Dog Owner

How Many Black Labs Have You Had?

Rank of the Labrador in a Study by Veteranerians

Who Chose the Best Breed for a New Dog Owner 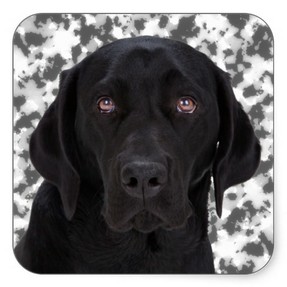 This is a quote of results of this study done by Vetstreet.com No. 3: Labrador Retriever

“The lovable Lab has been a favorite breed in the U.S. for more than 20 years, and it would appear that vets agree with this choice, naming him the No. 3 best breed for new dog owners. This friendly breed is a popular choice for service and therapy dogs, and his athleticism makes him an excellent hunting dog and canine athlete. Labs can be challenging and rambunctious as puppies and young dogs, and they have the reputation of eating just about anything. These beauties are best suited to active families who enjoy taking the dog along on their adventures. ”

If you would like to order this sticker search for it on Zazzle, hint just click one of the other zazzle items and then search from the landing page.

An Entertaining and Very Fun Gundog Video for the Season

To the Tune of Jingle Bells

Get Your Retriever a Water Toy

Labs make a fabulous pet for any hunter. Labs love to swim and retrieve, and that makes them great hunting companions. Have fun together and keep your dog healthy and in practice by getting your favorite buddy a bunch of cool water toys.

Dog Toys for Your Lab

Will your dog live indoors or outdoors or both? For indoor dogs it is recommended that you have a cage or carrier, especially for the young puppy who might need training. These are also great for taking your dog in the car.

When you take your dog in your car, DO NOT let it stick it’s head out the window! If there was a cigarette but or other object like a bug, it could hit your dog in the eye and blind him! So please, be responsible.

Outdoors you might want to invest in a dog run which involves fencing and will require some time to set up. If it will be an outdoor dog, you should provide a dog house so he or she can get out of the sun in the summer and the snow in the winter. Even if it’s an indoor dog, in case you leave them out all day sometime, it’s best to offer them a house for protection.

Dogs-in-Art
Over the centuries many artists have depicted their favorite pets in paintings, sculptures and drawings. This article will feature some of this fun art for your home or for gifting
Updated: 02/11/2019, MBC
Thank you! Would you like to post a comment now?
5

Do you own a black lab? or Did you?

They ARE great dogs.

Reminds me of my pet labrador. Natasha was jet black and her furry skin shined relentlessly. She is no more but her loving memories stays on.

Ah, lovely! I do like black labs, but they are intelligent dogs and do need to kept occupied and engaged, otherwise they can become a bit destructive when bored.

The Furry Scurry happens in Denver in early summer annually. 2016 will be th...

This page highlights having a Chihuahua dog for a pet. It covers the history ... 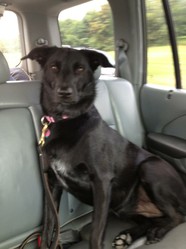 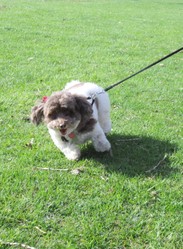 The Furry Scurry happens in Denver in early summer annually. 2016 will be the 23rd year. Come, bring your dog, and enjoy the fundraising festivities.
32%  4   3 MBC
Small Dog Breeds 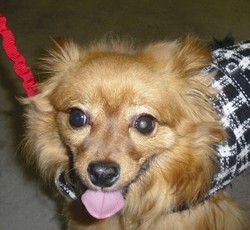 This page highlights having a Chihuahua dog for a pet. It covers the history of the breed, health concerns and much more.
Loading ...
Error!