Big Finish's audio revival of the classic BBC science-fiction series Blake's 7 continues with Mirror, the fourth in the 2014 series of full-cast plays set in the second season.

The Blake's 7 crew are back for another full-cast audio play from Big Finish. Set in the second season, the Liberator crew are still trying to find the Federation's new secret weapon and this leads them to Stellidar Four. But all is not as it seems and Orac is acting strangely. And Jenna believes she has a more pressing engagement, one of revenge.

Written by Peter Anghelides, the hour-long adventure starts with an unhappy Jenna. The crew has tracked down Space Major Kade, who killed her father, and she naturally wants revenge but Blake needs her to pilot the ship as he still wants to find out about the new Federation device that is meant to be the equivalent to Orac. They compromise, and Cally beams down to Vere to keep tabs on Kade while the Liberator heads for Stellidar Four. Orac though wants to keep Zen from warning the crew about something. Meanwhile, Cally runs into Travis on Vere. And Jenna has her own plans.

Is Mirror any good?

It starts off with a bit of a problem. The scene where Zen is clearly trying to warn them of something just doesn’t work. This may add to the tension, but there is no way the crew would allow Orac to stop the warning.

At times, the play is a bit hard to follow and when Avon says “What the hell is going on?” it is quite easy to sympathise with him. That said, the dialogue and humour are very authentic and the actors play their parts well. Orac’s single mindedness adds a lovely internal menace to the plot. And when the confusion is cleared up, we are left with a strong story with some real Federation nastiness.

And, just to keep us all on tenterhooks, the ending is a cliff-hanger for Cold Fury, the next in the series. If that isn’t enough, the CD contains a trailer for the episode as well.

There are nearly ten minutes of interviews at the end of the episode with Brian Croucher, Paul Darrow and Jan Chappell; Jan’s comments on telepathy are amusing. Listen to the end for a Paul Darrow out-take. The April issue of Vortex magazine that comes with the download contains an interview with Sally Knyvette, and she’s still not happy about her lack of action.

Recorded at Audio Sorcery and directed by Ken Bentley, the hour-long Mirror is available from Big Finish both as a single CD and as a download. Its production code is BFPB7FC005 and its ISBN 978-1-78178-273-6. The music and sound design were by Alistair Lock. The cover art is by Damien May. 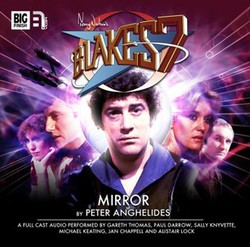 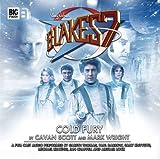 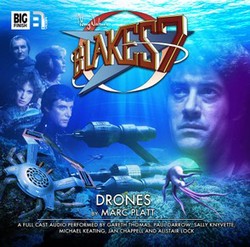