In 2008 the book, 'Revolutionary Road', was made into a film. As a result, the author Richard Yates (1926-1992) is receiving the posthumous recognition he deserves.

Richard Yates was a writer recognised by his fellow authors as a genius. A respected journalist and speech writer for Robert Kennedy, Yates has remained relatively unknown by the reading public, until recently.

Although the film, 'Revolutionary Road' starring Kate Winslett and Leonardo de Caprio was critically recognised as accomplished, the book should be read for the great psychological depths that Yates brings to his characters, exploring not only their lives as flawed individuals, but the American society which created them.

The Setting of 'Revolutionary Road'

Post-War Adjustments and a Changing Society

First published in 1961, Revolutionary Road is set in the mid-1950s, in the aftermath of the Second World War when a new materialist age is dawning. Television has made its appearance, people commute to the big cities by train from the newly built suburbs.

Yet for all the new-found post-war prosperity, for the men who fought in the war life is strangely empty. To be men in war left no doubts as to the nature of masculinity. But now, in war's aftermath, how to reclaim that absolute surety?

For some women their horizons are slowly expanding, yet they are still constrained by patriarchal 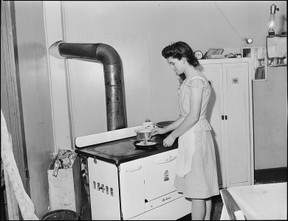 concepts of idealised womanhood and by their biology.

Not all, but many women stayed out in the suburbs caring for the home and bringing up children. It could be a kind of hell.

The contraceptive pill was still waiting in the wings.

'Revolutionary Road' as a Metaphor

The Revolutionary Road of the title is a bland, suburban road on a typical 1950s new-build estate within commuting distance of New York City.

The name Revolutionary Road can infer many cultural links – is it a nod to the American Revolution from which came all the idealism of the independent American spirit; or could it be referring to the aftermath of the Second World War when men came back home, wanting to start new, dynamic lives with less chaos and more material stability; or perhaps it is an ironic pointer suggesting that life here will be the new, aspirational beginning that will lead to the American Dream?

It could also be a recognition that people’s seemingly small lives with their obscure tragedies are unknowingly leading to the future social changes that are simmering below the surface and will explode with such energy in the 1960s.

But Please Read the Book First - There's so much more to it!

'Revolutionary Road' and Constraints on Ambition

The book explores the unravelling of the dreams of a young couple, Frank and April Wheeler, (whose very surname suggests movement) but whose ideals of living full and meaningful lives are slowly smothered by the constraints imposed by children, Frank’s daily commute to a mind-numbingly boring job and April’s damaged childhood and her belief that she could have been an actress.

In addition, they were seduced by the idea of the suburban dream and now see themselves floundering amongst what they perceive as banal and shallow neighbours whom they secretly loathe.

Frank and April are initially bound together by their shared disappointments and the belief that their intellectual abilities are being stifled. Yet inevitably this perception of their situation does not keep them united – it sets them against one another – for, as Yates so masterfully reveals, the forces that feed their disappointments are larger than Frank and April themselves, beyond their understanding and overwhelmingly elusive.

Yet Frank and April have deluded themselves into believing they can see the bigger picture.

They both perceive America from a vague, existentialist vantage point as going nowhere – a ready-made philosophy Frank eagerly plucked from the pages of Satre and which seemed to describe their suburban ennui.

But when April has her Big Idea to truly revolutionize their lives for ever, Frank’s initial enthusiasm is sobered by fear of actually following through.

April, in an effort to remain true to her own integrity, and in a last-ditch attempt to quell her growing sense of loneliness and fatalism, takes a desperate gamble. The scales have dropped from her eyes and in it’s way, this is her own revolutionary gesture.

A Book About Richard Yates

Celebrated in his prime, forgotten in his final years, now championed anew.

Richard Yates writes with poignant insight and ironic yet compassionate detachment. He allows the reader access to the complex, inner lives of ordinary people who are at once implicit in their own failures yet buffeted by fate. Frank and April are trying in their own sadly courageous way to make something from what they perceive as nothing.

The reader may not, at times, like these people yet Yates persuades us, through the subtlety and restraint of the unfolding events, that all these characters deserve so much more. He shows how the road to revolutionary change is paved with small, forgotten casualties.

This is a masterly piece of writing from a writer who has often been compared to Anton Checkhov and  F Scott Fitzgerald.

Hi Mira - Yes, I enjoyed the film - great acting. There's more in the book which I guess they decided to leave out. I think you'd enjoy reading it. Thanks Mira!

Thank you, Kathleen! I liked the film. I was wondering about the book, too. I am now tempted to read it :)

Book Review: Poetry for Cats: The Definitive Anthology of Dis...

A light-hearted review of "Poetry for Cats" by Henry Beard, a laugh-out-loud ... 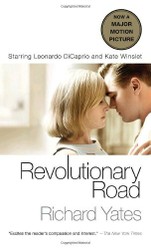 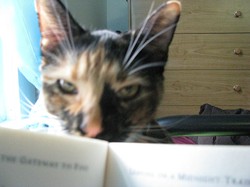 A light-hearted review of "Poetry for Cats" by Henry Beard, a laugh-out-loud compendium of spoof verse by the cats of famous poets through the ages. Cats will love it.
Loading ...
Error!