Cascadia’s Fault by Jerry Thompson shows that America’s earthquake and tsunami may devastate the Pacific Northwest in the twenty-first century.

Cascadia’s Fault by Jerry Thompson acquaints readers with America’s earthquake and tsunami, which may devastate the Pacific Northwest sometime earlier or later in the twenty-first century.
Moderate, strong, major, and great belong with the words that nobody likes to hear regarding earthquakes since they respectively describe magnitudes 6, 7, 8, and 9. Even a magnitude 6 can be disturbing, as in the case of the Parkfield area stretch of California’s San Andreas fault rupturing six times since 1857. But its devastation does not come anywhere near that of magnitudes 9.2 on March 27, 1964, in Alaska and 9.5 on May 22, 1960, in Chile.
Some seismologists expect Cascadia to rupture catastrophically after three quiet centuries since 1700.

The Ring of Fire is a zone of frequent earthquakes and volcanic eruptions. Trenches are shown in blue-green. The volcanic island arcs, although not labelled, are parallel to, and always landward of, the trenches.

The Pacific Ring of Fire of earthquakes, eruptions, and tsunamis from New Zealand, through Asia, to the Americas furnishes 15 of the 16 mega-earthquakes since 1900.

The Ring generates cluster earthquakes, with the Pacific plate’s southeast, southwest, and northwest corners rupturing on February 27, 2010, February 22, 2011, and March 11, 2011. In the above-mentioned cases, the Peru-Chile Trench, the Izu Ogasawara, Japan, and Ryukyu Trenches, and the Kermadec Trench respectively huddle off Chile, New Zealand, and Japan. The trenches off these three countries and off Alaska, Indonesia, Mexico, New Guinea, Philippines, Siberia, and Tonga identify zones where sea plates move under land plates.

They offer 21:00 local time based upon 10-hour tsunami travel times to Japan.

Japan proves to be among the world’s most earthquake- and tsunami-prone countries because of offshore trenches and proximity to the Marianas, Philippine, and Siberian (Kuril) Trenches.

The Earth's layer on which we live is broken into a dozen or so rigid slabs (called tectonic plates by geologists) which move relative to one another.

Part of the Pacific Ring of Fire, the Cascade Volcanic Arc extends for a distance of over 700 miles (1,100 kilometers) from southwestern British Columbia through Washington and Oregon to Northern California.

Subduction along Cascadia Subduction Zone is responsible for the arc's formation.

Cascadia's Fault: The Coming Earthquake and Tsunami that Could Devastate North America by Jerry Thompson ~ Available now via Amazon

The Cascadia Subduction Zone has generated massive earthquakes over and over again throughout geologic time--at least thirty-six major events in the last 10,000 years. This fault generates a monster earthquake about every 500 years.

blackspanielgallery, Amen! Some seismologists describe an alternating pattern between the eastern and western Pacific Rim and suggest that the North American side is overdue for an earthquake since the Asian side had the Fukushima quake.

At any plate boundary there is concern. Some earthquakes generate tsunamis, but others do not. his is because f the direction of the movement of the earth, how does the plate itself move. A plate that has vertical movement is more likely to form a tsunami than a plate that moves laterally.

The surprise earthquake in Mineral, Virginia, near Richmond, on August 23, 20...

Cascadia's Fault: The Coming Earthquake and Tsunami that Could...
89%  10   8 DerdriuMarriner
Earth Sciences 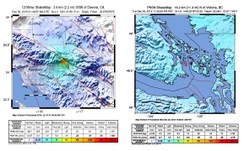 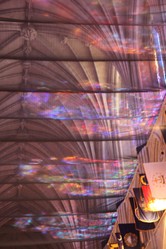 Earthquake in Virginia! August 23, 2011, the Day the Earth Shook Near the North Anna Power Plant