From rattles and rosettes to team shirts, how fashions have changed since the 1970s

Football supporters in England once wore suits and ties to matches but now go to the games in bright, colourful shirts. Here, Steve Rogerson looks back to the 1970s when supporters had rosettes pinned to their jackets, wore bobble hats and liked swinging rattles round their heads to the team shirts of today.

“There’s people on the pitch, they think it’s all over, it is now.”

Those immortal words have been heard many times by English football fans, the famous words the commentator spoke as England scored their fourth goal against West Germany to win the 1966 World Cup final.

But next time it is shown, spare a minute from watching the wonders of Geoff Hurst and Martin Peters to glance at the crowd and consider just how different the people look from what you would see at an average game today. For a start, they are nearly all men. And they are nearly all wearing collars and ties. Today, the collars and ties are reserved for the directors and other officials; they are a rare sight on the terraces and in the stands.

There is no doubt that fashions of football supporters have changed, but not all over the world. Street markets in Bratislava, for example, still sell those wooden instruments called rattles, and football grounds were once full of them. Tourists giving them a quick twirl soon cause heads to turn as they remember just how loud they were.

They are good ones as well, and in plain wood so they can be painted in team colours. They were eventually banned from football grounds in England because fans spinning lumps of wood round their heads very fast is probably a good way of giving concussion to any other fan within a metre. They, perhaps for the best, are a part of football that will probably never return.

Another element of football fashion that was common in the 1970s but has since disappeared from the grounds is the rosette. Today rosettes are the badges of politicians and their supporters, but once no self-respecting fans would go to a match without the coloured emblems pinned to their chests.

One item of football clothing that you would never have seen in those days but is a regular sight everywhere now is the team shirt. Anyone who turned up wearing a team shirt in the 1970s would have been thought not right in the head by fellow fans. They would have probably had to undergo ribbing throughout the match about whether they were hoping to get a game or not.

Another item that has disappeared into the fashion dustbin is the bobble hat. True, woolly hats are still around but it would take a brave person to wear one with a woolly bobble in team colours on top.

In fact, probably the only item to have survived from the 1970s to today is the scarf. This may be more to do with the cold temperatures than fashion conscious fans, but it is good to see that some things do not change.

See also Has Football Lost its Violent Past and Dialectical Materialism in Football.

SteveRogerson, Thank you for product lines, pretty pictures and practical information.
Do fans on your side of the pond have those giant mitts that particularly football fans generally put on their right hands on this side? 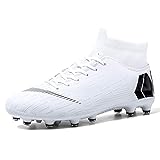 The process of change and the effects of change on popular sport.
Loading ...
Error!