Chronic Lymphocytic Leukemia: An Introduction for the Patient and Caregiver

Information about CLL from someone who did the caregiving for a friend with this type of cancer. Chronic lymphotcytic leukemia is slow growing, but not fun.

A phone call from the family doctor....

Your friend gets a phone call from his family doctor. “Hey, your blood test had a few things a little out of the normal.  I’d like you to see a hematologist.”  So, he goes. And comes back to tell you he has leukemia.

Well, there’s a wrecking ball swung into the gut, if ever there was one. Chronic Lymphocytic Leukemia. CLL for short.  Of course, with the emotional impact of the visit’s news, it’s hard to know how much your loved one heard correctly or remembers.  He does share that the doctor states it is one of the “better” cancers to have; it is so slow-growing that he’ll probably die of something else.  A “better cancer?”  Geeze Louise!

By the way, this cancer is incurable.

By the way, this cancer is incurable.

So, what’s the plan?  Do nothing.  Nothing?  Nothing !?!  That’s right.  That is the plan with CLL if the patient has no symptoms other than the abnormally high white blood cell count.  It even has a buzz phrase: “watch and wait.”  One gets blood tests on a regular basis, but otherwise tries to live without thinking about it.

So, you do and we did.  Ignorance was a sort of bliss, I guess.  He actually had mild symptoms, but we were too ignorant in our la-dee-dah land to recognize them.  I have no regrets about that.  The only thing I would change, if possible, would be to immediately adopt more healthy daily habits.  You know all those things you know you want to get around to doing, especially after you’ve read an article about them in Parade Magazine.  However, my cancer friend is a clone of Alfred E. Newman, the “what, me worry?” kid of Mad Magazine. So, we rambled along.

My advice, caregiver, is to try to strike a balance between informing yourself and not obsessing over CLL.  Strike an equilibrium.  Don’t live in the disease before you are forced.  However, today – immediately- , start doing one of those healthy habits for yourself.   You’ll need it later on.

Find out what CLL is

When the time does come to better educate oneself about the CLL condition, there is a must-have book that explains it all.  This book is Adult Leukemia: A Comprehensive Guide for Patients and Families  by Barbara Lackritz.  As of 2011, it is available as a used paperback book through Amazon for less than $5 cost and shipping.

This book is worthwhile.  It contains 500 plus pages that read easily in 19 chapters which follow a logical progression.  Currently, there seem to be several inspiring books written as narratives about the heroic struggles of adults with one of the acute leukemias (particularly AML).  However, a leukemia patient also needs to know dispassionate facts about his own leukemia.  This book meets that need.

The author, Barbara Lackritz, has also been known by the CLL community as Granny Barb.  She worked indefatigably during her lifetime serving her community.  She was intelligent, yet plain-spoken; a competent researcher, therefore knowledgeable; and served in the role of a caregiver of a family member with illness and as a leukemia patient – therefore had dual perspectives. 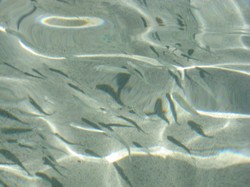