A 5.8 earthquake struck Washington, D.C. on Tues 23 August, 2011 1:50 PM local time. According to Huffington Post, it was felt in Canada through Georgia & as far west as Chicago.

Here's hoping that the Mayans were mis-interpreted

Could there be a bigger quake?

All this doomsday talk.  When it's a slow news day, some reporter can always find a nut case to predict the date of the end of the world.

The Mayans had a calendar that ends in December 2012.  I'm hoping it's just because the calendar maker had to leave to teach his kid how to throw a spear, or that his stylus wore out.  But, for excitement and drama for a world-ending, an earthquake would do the job.

On 23 August 2011 the entire (just about) east coast of the United States was shocked by a shake-rattle-and-roll event in the middle of office work hours.  The idea that we could tweet and instant message and email and Facebook this news confirmed that a heck of a lot of people felt it.  Oh - that was the other thing.  Many times we are informed that a minor quake struck here or there without our awareness.  But this quake was STRONG!  We felt it.  I was excited because I do not live in California and experiencing an earthquake was on my bucket list.  Now I am one step closer to a happy death, I guess.

So, WHERE were YOU when the east coast quake hit?

I was sitting with both feet squarely on a linoleum kitchen floor when I felt the entire room smoothly slide back and forth, back and forth. Accompanying this, vibrations buzzed through the floor into my feet. “The house is shaking!” I blurted to my card partner friend. “Oh, that wasn’t one of us kicking the table?” “No,” as I hopped up to get under a door frame. The entire experience lasted about ten to fifteen seconds. Now I know what my brother in California encounters and I can cross an item off my bucket list. And lucky me, too. No damage back at my own home. No damage to my family or me.

My area of Pennsylvania actually had a big quake

(well, think of it: ANY quake is a big deal for us)

At that time I was about 11 miles away from the epicenter. I heard two loud booms similar to the sound of a truck backfiring. I don’t remember feeling any shaking or vibration at all. However, people living closer to the epicenter felt the classic shaking and had dishes fall from shelves and superficial cracks appear in the walls of their domiciles. We learned the next day that indeed there were two earthquakes measuring 4.0 and 4.6 on the Richter scale.

Music to Shake your Booty to an Earthquake

A little farther west in Pennsylvania

My 84-year-old father was stretched out on a couch. He felt a one-two-three jiggle up through furniture. This was his first quake, too. My mother, who experienced that 1994 quake, made her way downstairs to tell him that they had just had a quake. Neighbors quickly checked in on them (thank you!) and all are well.

Tell it to us,

My brother was at his office watching his two computer monitors shaking sideways on his desk. His supervisor’s Coke danced in its glass. They spoke on the phone with business associates in downtown Pittsburgh. These persons felt the quake on the 6th floor of their Pittsburgh office building.  Cool.

we are well past the end of the Mayan calendar. Nice article.

Andy, hope it's a good kind of killing.

You're killing me with the Elvis song!!!

Hi Angel, Thanks for sharing your experiences. I think your children's reactions are very understandable. Hopefully, they will develop strategies for dealing with rumbling now and then.

We live just outside of DC. It knocked pictures off our wall and things off shelves. It broke up quite a bit at our home. Was really scary. We live right at Quantico and thought it was some kind of war games at first. My children freak out every time they feel the slightest little shake or rumble now. 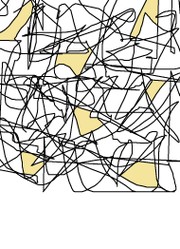 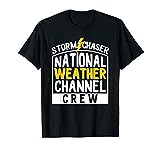