There is a reason this 100 minute black and white film won the Oscar, 2 Golden Globe awards and a Cannes award: quality and "innovation!"

THE ARTIST uses all the technology of the 21st century to re-create and pay homage to the first American moving pictures. The acting is incredible!

Let's Go to the Movies

The movie The Artist, released in late 2011, earned the Academy Awards AND Golden Globe Best Picture award.  Happily, this means it returns to theatres for those who may not have caught it on its one-week art theatre engagemens earlier.

This PG-13 film has a running time 100 minutes. It is French director Michel Hazanavicius’s tribute to film making in Hollywood from 1927 through 1932.  Given the time period, one will see that the effects of the stock market crash are felt.

Bérénice Bejo, born in Argentina and married to the director, plays the female ingénue, Peppy Miller.  Peppy is an appropriate name for the character because she is a ball of spunk, perkiness, and chutzpah.

Both these leads learned to tap dance for this film.

George Valentin’s chauffeur/ valet is played by American actor James Cromwell.  He is  well-known for appearing on television series The Nancy Walker Show, Hot L Baltimore, Easy Street, and Six Feet Under.  A few of his film credits include Prince Philip in  The Queen, and a warden in The Green Mile. Mr. Cromwell shows his versatility in handling comedy or drama. In this film, he captures the perfect essence of humility and loyalty.

John Goodman is cast as a movie studio head.  He does a good job, commanding and believable.  I was surprised to see how aged he could be made.

Uggie is “the Dog,” a Jack Russell terrier, who is so talented and so cute that he, of course, steals almost every scene he is in.  I found it absolutely appropriate that Uggi is a terrier because he calls to mind the “RCA Victor” fox terrier logo of the twenties and thirties bending its ear to listen to the funnel horn of the gramophone.

The music and arrangements by Ludovic Bource captures the style flavor of both silent movie accompaniment and movies of the thirties’ soundtracks .  This film indulges in grandiose emotional leading through tremulous violins or manipulation of the heartstrings with swelling full orchestra.  I didn’t mind too much because contemporary movies also do this; it just is not as obvious. (Think about any recent film with a movie character walking alone through a field or an empty house.  The background music tells the audience members whether they should feel sad, relaxed, or be ready to be scared.)

The plot is not exceptionally unique, although I sat with dread wondering if there would be some sort of turn or twist.  Happily, everyone practiced great acting – not over-acting.  The film dialogue includes accusations that the silent film eras actors “mugged” for the camera.  It was not the case in The Artist.

Please go see THE ARTIST before someone ruins the freshness of it by re-telling every detail.  Or, before too many interviews and excerpts appear on video.  You won’t regret it.

Fantastic 1920s and 1930s sets, costumes and more in THE ARTIST
More information on the accurate details in this movie.

JOIN Wizzley by clicking below 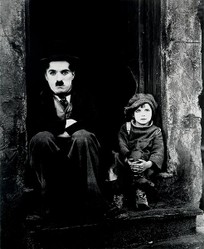