Citysocializer on iPhone: Mobile phone app put to the test

Citysocializer is a web-based social networking site that organises real socials where people meet face-to-face not just online. The site has now expanded by launching an iPhone app, including location-based features. Steve Rogerson downloaded it and put it to the test in Nottingham, with varying degrees of success.

I was a little worried that given the “z” spelling of this iPhone app that everything would be too American and thus I was pleasantly surprised to find that Nottingham not only existed but had events listed. There was quite a varied range, from attending local festivals to cinema nights and lunchtime tapas. The reason, despite the American spelling, is that Citysocializer is very British, being founded in London in 2007 and now covering most of the UK. But the mobile phone app is new.

I’d gone for a minimum profile entry – no point in giving too much away early on – but that tactic came unstuck as soon as I tried to join my first event, a new members’ evening. You can’t do that unless there is a photo of you in your profile, it told me in a way that made me feel like a little boy trying to get into an adults-only cinema before I was eighteen. One photo later, I joined the event and it warned me not to be late, get too drunk or be a creep. It also told me I was one of five people going, but it was still two weeks away. I then discovered the first bug – it claimed to have added the event to iCal in my phone – it hadn’t. I then explored some more of the app before going back to the social only to discover I was no longer a member of it and my photo had been deleted. I went through the process again and this time it seemed to work, and added the event to iCal. The problem with the photo I have since been told is a known bug that will be fixed with the next version.

I then noticed that it listed the Riverside Festival for that coming weekend. This is a big annual event in Nottingham with a fairground, stalls, fireworks and so on. As I’d planned on going anyway, I clicked to join and discovered there were three other members (one had managed to do it without uploading a photo) going but no information on where to meet up or at what time. There were going to be thousands of people there, so a little more was needed if this was going to act as a meet-people socialising event. This information, I discovered, was in the online version but not on the mobile app. In fairness, the organiser tried to find a way we could meet but as I was already meeting other people it turned out to be impractical. So, it was back to plan A – the new members’ night.

By the time this came around, the numbers going had moved into double figures. The latest upgrade to the app contains a GPS map-enabled view of all events in and around a city. There’s also a new swipe feature to reveal more information about a social before you join it. This works reasonably well apart from, as with the Riverside Festival, the meet-up notes being on the web but not in the app. Even though I knew the venue, I pretended I didn’t and tried to find it using the map. That worked.

As to the evening itself, it was a pleasant enough gathering, sitting in a corner of the bar chatting. The mobile phone app came in handy here as well as I could bring up profiles of the people I was talking with – helpful for remembering names. The problem with the evening was that as a gathering of new members, it didn’t work. There was only me and one other person who was new, the rest being members for varying lengths of time, including four hosts – people who organise the socials. On the app, these people are marked with a tick (the app doesn’t tell you that, I found out by asking).

I also noticed that most people had tags showing their interests on their profiles. How do I add these, I asked. Again, a problem with the app – you can only do that from the web site.

I was also told about the Mingle. This is the event where everyone turns up and has a lot to drink and a good time. Out came the app again, and I joined it – two weeks to wait. Meanwhile, I used the app to wave at the person sitting next to me but she didn’t have the app on her phone so she couldn’t wave back.

This didn’t work for me, but I did get an alert on the app telling me that the venue was changed late on. The problem was the venue – Fat Cats in Nottingham. I was hopeful, having been there last year and enjoying their range of real ales. Not this time. They had one ale, and that ran out at 8pm – obviously not catering any more for people who appreciate nice beer.

The other problem, and this was more serious, was the constant loud music. Given this event was meant to be one to socialise and get to know people, having an event in a venue were you had to concentrate hard just to hear the person standing next to you meant that it did not work for me as a socialising event. I left early. Maybe I’m getting old.

The only answer, I guess, is to organise my own social, so I have done so at Nottingham Beer Festival. At the time of writing, nobody else has joined my social, but at least I know the beer will be good.

How much does it cost

The app itself is free to download and for that you can browse socials, people and send waves. To do more, you need to pay. Standard membership is £7.99 a month and this allows access to an unlimited number of socials organised by other members. Premium membership is £9.99 a month and this includes access to socials and private events organised by Citysocializer for premium members. Once you register, you have 14 days to take out a ten-day free trial of the premium membership, which gives full access to the site and all the socials.

Is Citysocializer any good?

Overall, yes. Because it is a paid for meeting app and site, most of the people involved are generally interested in socialising. The app though has a few bugs and too many limitations, for example not being able to see the meet-up arrangements; these are on the main site, but they really need to be on the mobile app where they are likely to be most useful. Being able to add tags to your profile should also be available from the app.

The system does send you an email when you get a wave or message but annoyingly does not tell you who sent the wave or message, so you have to log on to find out. Why? Especially for the waves, all you need to know is the sender’s name.

Having available profiles of the other people at the events is very handy, and probably the most useful aspect of the app. And the early bugs seemed to disappear during the trial period, so it looks like they are working on improving it. All in all, a sensible addition to what seems to be a successful socialising company.

You have shared such a fruitful Android Apps for public. Thanks for sharing.

This is just an example of how to save at Dollar Tree. The earning potential ... 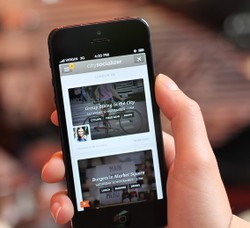 The Art of Online Dating: Style Your Most Authentic Self and C...
42%  2   5 CarleyClagg
Mobile Phone Apps 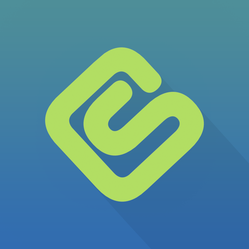 Smartphones have so many great features and apps that can make life easier. One feature you may be missing out on is the ability to make easy money with simple apps.
32%  1   4 CarleyClagg
Mobile Phone Apps 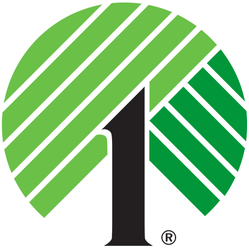 This is just an example of how to save at Dollar Tree. The earning potential is limitless with these simple tips and tricks.
Loading ...
Error!