This puzzle platformer game has taken over my life just recently. I finished it, then immediately began playing it all over again!

Manipulate the light to create a solid landing place. Make all obstacles disappear as soon as you put them into the shade. This is the basic premise of 'Closure'; and it's brilliant.

If there's a story, then I missed it. But you don't need one. The puzzle of each new level is more than enough for sheer entertainment value. Nothing remains the same. All has to be worked out for completion.

I've always loved platformers, but now I was able to use my brain too!

Closure: Thinking Outside the Box

Leaping from platform to platform is one thing, but in this game, you have to create your platform to even begin! 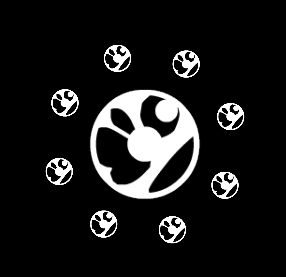 I approached each new level with utter glee.  There was going to be something different, something which I'd have to first explore, before I could even own.

Even the notion was wonderful in its anticipation.

I do love platformer games. To me the gold standard is Super Mario Bros played on the Nintendo DS.  But I have a new favorite now and that's played on PC.

Closure was everything that I look for in a game. It's simple enough that you're not distracted by too much going on.  But complicated all the same.

There will be a door through which your character needs to pass.  Unfortunately, anything in darkness does not exist.  It cannot be walked upon.  There's generally a good deal of darkness between the starting point and the door.  You illuminate your own pathway there.

How that happens often involves some serious strategizing. The obvious route sometimes is correct, but more likely there will be more than one leap of faith.  It was the puzzle solving which delighted me most of all.  They were very well done and required a good deal of thinking outside the box.

My gaming friends must by now be quite tired of me repeatedly stating, "If you're ever wondering if I'd like a game, compare it to Closure.  This is great!"  They've got the message. They've so got the message.

Unlike many gamers, I was not born with a console in my hand.  As a middle-aged woman, I'm also not as fast as the youth of today.  This has made me hate twitch playing with a vengeance.

One of the things which attracted me to Closure was the fact that the developers, Eyebrow Interactive, made a conscious decision to minimize the need for extremely fast reactions.  That got loud cheers from this particular peanut gallery.

Which isn't to say that there's no twitch at all.  There were a couple of levels in the second segment where I got stuck for hours.  I was just at the point of getting in my car and fetching a nephew, when I suddenly did the jump.

You probably heard me at the time. I doubt there was anyone on the planet who didn't hear that scream of triumph.  I certainly deafened everyone in my Skype call.

But for those of you looking for a challenging game, which doesn't rely upon moving at the gaming speed of light, then this is a great choice for you.

I bought Closure as part of a Humble Bundle package, then redeemed the code on Steam.  It cost the the equivalent of about $2; and that is the best $2 that I ever spent.

However, that deal is over now.  The game is currently retailing on Steam for £6.99, which covers downloads for PC and XBox.  As for Playstation, I haven't tried this but apparently it's free on PSN plus.  For all other information, check out the official Eyebrow Interactive website.

As an Indie game, Closure has not been rated by the ESRB.  However, I've just played it.  There's no violence, no gore, not even a boss monster to fight.

There's a slightly creepy atmosphere, but nothing ever leaps out at you. If your child has the intelligence to complete the puzzles, then I see no reason to keep them away from this game.

Northernlion from Saving Progress demonstrates the first few levels. Warning for mild bad language, nothing much by gamer standards.

Who are Eyebrow Interactive?

They are my new best friends.  At least they will be if they keep putting out games like this one!

Tyler Glaiel developed and coded it, so it's him I have to thank for the relative lack of twitch playing.

Jon Schubbe created the graphics.  I did love them too, in all their beautifully Gothic weirdness. Everything was black and white, drawing the inevitable comparisons with Limbo. But I've played both and all that's the same is the color code.

Christopher Rhyne composed the music. It added wonderfully to the atmosphere and seemed reminiscent of Cirque de Soleil.

Thanks for your post! I believe there are many who feel the same satisfaction as I read this article! I hope you will continue to have such articles to share with everyone!
http://fb.loginissues.com

Interesting article! Thank you for sharing them! I hope you will continue to have similar posts to share with everyone! I believe a lot of people will be surprised to read this article!

You want to play the best games and the most attractive, go to our website, it will not disappoint you.
http://animaljam-2.com
http://fivenightsatfreddys-2.com
http://hotmailemaillogin.net

You need to kill time, you'd have time to look these kids active. Refer to our website. Hope you get the most comfort.
Thanks for sharing ! http://wordcookiesgame.com/

This is such a great resource that you are providing and you give it away for free. I love seeing that understand the value of providing a quality resource for free.

Wow. cool post. I’d like to write like this too – taking time and real hard work to make a great article… but I put things off too much and never seem to get started. Thanks though.

The Sims 3 University Life: The Effect of Herbs

The Sims 3 University Life Expansion pack has many new herbs in it. Find out ... 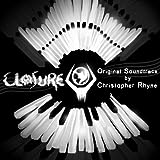 Want to inspire the whole family to help around the house? Or to establish for once and for all who actually does all the chores? A really fun PC game can help!
89%  3   6 linaconlin
Popular PC Games

The Sims 3 University Life: The Effect of Herbs

The Sims 3 University Life Expansion pack has many new herbs in it. Find out what effect each herb will have on your Sim.
Loading ...
Error!