Confucius, 551-479, was a Chinese political figure, educator and social thinker who founded Confucianism in the time of Zhou Dynasty in China.

Born in the Lu State located in the south of modern-day Shandong province in China, he was named Kong Qiu. He came from a family of warriors. His father Shulianghe was a famous warrior and owned a fiefdom who got killed when he was three years old.

Since Kong Qiu's father died he lived with her mother out of the fiefdom to escape humiliation from his father's formal wife. Thus, all his childhood he lived in poverty with his mother. He also had to overcome many obstacles just to finish his studies with the encouragement from his mother.

Eventually, when he was seventeen years old his mother died because of illness and hard work. After three years, he married a mild tempered woman from Quigan family of the Song State. Until he felt there are some changes he will be needing to sacrifice to revive the virtues of the Huaxia, an early Chinese civilization and the Western Zhou Dynasty to build a harmonious relation in its territory.

There he decided to study the socio-political philosophies that applies to any human relation and because of Confucius influences and deeper thinking he was regarded as the Socrates of East.

Most of Confucius teachings and conversations with his followers can be found in the Lunyu or the Analects of Confucius written during the spring and autumn in the Warring States Period in China. It has a tremendous influence on Chinese and Eastern culture, thought and values until this modern day.

He believes that people live their lives in the parameters of heaven with a purposeful Supreme Being as well as nature and its a fixed cycles of pattern that in life man is the one who is responsible for its actions and the treatment of others.

He often represented his teachings from antiquity and he reflects on life through his reliance on and love for ancients. Part of his social philosophy revolves around the concept of Ren, compassion or loving others such as to avoid artful speech and false impression on others. His deep concern for others persuade his followers to practice the Golden Rule:What you do not wish for yourself, do not do to others."

Confucius also advocates the importance of education and study as way of understanding and to relate to human affairs and emotion. For him the value of study means finding a good teacher and imitating his words and deeds. One of the best example of attaining moral education can be found in the Book of Songs in the Bible because of its beautiful poems and verses. Recent archaeological discoveries in China found Confucius lost manuscripts which reveals some of idealism regarding the importance of education and moral values as a part of good living.

He also focuses his political philosophy in the belief that a characteristic of a good ruler should learn self-discipline and must live by example and treat his followers with love and concern. He quoted saying, "Good government consists in the ruler being a ruler, the minister being a minister, the father being a father, and the son being a son.” To him what characterize a superior ruler-ship through a possession of a virtue. By having a virtue enabled a ruler to maintain a good order in his state without troubling himself and relying on loyal and effective deputies.

Confucius also advocates the importance of education and study as way of understanding and to relate to human affairs and emotion. For him the value of study means finding a good teacher and imitating his words and deeds. One of the best example of attaining moral education can be found in the Book of Songs in the Bible because of its beautiful poems and verses. Recent archaeological discoveries in China found Confucius lost manuscripts which reveals some of idealism regarding the importance of education and moral values as a part of good living.

Confucius Passages & Words To Live By

Here are some well known passages and saying by Confucius.

To know your faults and be able to change is the greatest virtue.

Downfall and Legacy of Confucius

The life of Confucius is such a remarkable epic drama due to his huge impact he made on the lives of many people through his inspiring teachings and legacy that still passed in after generation after generation.

Before his death, he was invited to lead the Kingdom of Lu as a new premier because of his impressive idealism and administrative knowledge. As a new premier of the Kingdom of Lu, he began to renovate the internal political structure in Lu. With his idealism he applied the concept of Li, based on a three important aspects of life: ceremonies associated with sacrifice to ancestors and deities of various types, social and political institutions, and the etiquette of daily behavior.

Due to his hard work and determination to attain the change, at last the minds of the people in Lu became stable and act accordingly to what Confucius taught them. Their economy began to prosper and their kingdom became a threat to other kingdoms because of its success.

Until Qi, a kingdom who tried to conquer Lu challenge the people of Lu and Confucius abilities to remain on his track. Qi formulated a tactics and scheme by bringing 80 beautiful women later accused the King as being lustful. The plot of his downfall became successful that pushed Confucius to resign as the King of Lu.

After his ouster, he realize how he no longer appeal to the people of Lu so he decided to go on a journey with his disciples to find a great and ideal King but he still his unsuccessful. At the age of 68, he returned to Lu and edited two of his famous books which chronological his all his journey and the previous dynasties he went on.

Many believe that Confucius died at the age around 71 to 72 years old 479 BCE at Qufu, Zhou Dynasty in early China where the tomb of Confucius can be found as well as the The Daecheng Hall, the main hall in the temple of Confucius.

What can you say about Confucius

Very informative and great presentation of the post
Regards

Very interesting topic. I believe also in a purposeful Supreme Being, but that being is God, Jesus and Holy Spirit. Great article. Very well written. I love your work as always.

China's markets are some of the most interesting in the world. Take a first-h...

A unique experience awaits Western tourists who stay for a week or more in Xi... 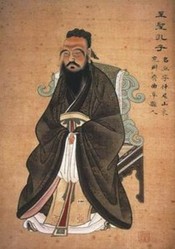 The Analects of Confucius: A Philosophical Translation (Classi...
53%  4   6 Kalafina
China 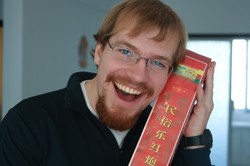 China's markets are some of the most interesting in the world. Take a first-hand look through the eyes of one who has experienced them (including the deep-fried scorpion).
38%  3   4 Sheri_Oz
China 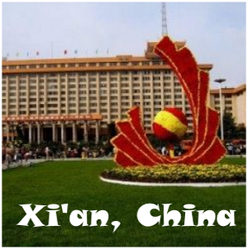 A unique experience awaits Western tourists who stay for a week or more in Xi'an, China. Most only come to see the Terracotta Warriors. But not you!
Loading ...
Error!