Porphyra is considered to be the most edible among sea weeds, it is often used in certain diet and Oriental cooking.

Porphyra belongs to the group of red algae and grows between sea shore and cold waters of temperature oceans. The cultivation of Porphyra somehow began 17th century in East Asian countries like Japan, Korea and China and since then it became the most widely industries using shallow water areas in these countries.

In 1949, Kathleen Drew Baker, a British phycologist who discovered the life cycle of the Porphyra (alga Conchocelis rose) and notice how its life cycle is similar to the Japanese sea weed or nori. This was a great discovery for the farming industry that prevented the artificial production of seeds.

Porphyras has blade-like branches forming from circular to linear outline and a few centimeters to over a meter in length. Its color varies from rose-pink to mottled reds, yellows, browns and greens that submerge entirely in water.

Often, porphyras appears on rocky shorelines throughout the world that include a few species in the tropics. It has the greatest diversity basically found in a colder temperature and boreal regions. Some species appear as winter or summer annuals. It can be very versatile and can bear extreme weather condition like the highest, driest intertidal zones. They appear in nature as a free living organism and its filaments bore into calcium carbonate such as oyster shells.

It also has a very complex life cycle due to its diploid microscopic stage called conchocelis which consists of filamentous branches. Its filaments form a swollen branches called conchosporangia as an individual cells without walls.

According to FAO Fisheries and Aquaculture that in China, porphyra haitanensis, a certain kind of specie, can be found in southern areas while P. yezoensis is found in the north. Its life cycle is commonly called nori or laver and comprise the thalli of the species which can survive and grow in autumn or earlier winter rocky coasts. Its seeds are called conchospores which released from the filamentous conchoelis stage.

As being said as the most widely used sea weed in the world for being rich in protein and free amino acids. It is also cut into small pieces and used in biscuits, dried for soups and candies. It become the favorite food among Asia particularly in Japan because it use in making sushi that adds up a very tasty taste into the dish.

In Japan, porphyra is known as laver, amanori or nori as an edible sea weed use to wrap the rice and the fish for sushi as well 'zakai, gim' in Korea for Korean food gimbap and 'sloke, karengo or slukos' in China.

Did you learn something new today?

I've tried it in sushi wrappings, and it's delicious!

I did learn something new today, thanks. My daughter eats dried seaweed almost everyday. She loves adding it to rice rolls and just plane packed in her lunch. I had no idea sea weed was so important to our health as amino acids are paramount to maintain and stimulate HGH. Great article. :)K

I find seaweed really interesting to learn about, though I haven't yet developed a taste for it. It is very nutritious, though.

Mariana trench is trench in Southern Pacific with Challenger Deep as the deep... 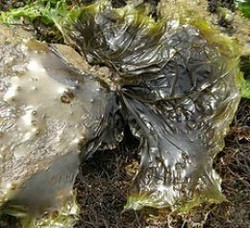 Mariana trench is trench in Southern Pacific with Challenger Deep as the deepest point on the Earth. At Challenger Deep, ocean is 10.916 m deep, and it is full of secrets!
Loading ...
Error!