What could be more exciting...or messy...than making your own toys! Tell mom to get out the paper towels...it's the 70s classic "Shaker Maker!"

Kids have always enjoyed scientific experiments, and "goopy" stuff. The former is obvious enough--it's "neato" when chemical compounds change in shape, texture or color, even to us "grown-up" kids. The latter is something more inexplicable...some kids like "gross" stuff, some don't, but Nickelodeon cashed in on the whole "gloppy" toy genre with a line of disgusting and disturbing chemical toys in the 90s, things like "Floam" and "Gak" that had some parents wondering if nuclear power plants were overflowing somewhere and someone was packaging it as "toys."

Before all that, the late 60s and early 70s birthed kits of disgusting gelatinous crud like the "Thingmaker" line and an enduring curiosity known as the "Shaker maker," an interactive "craft" kit for kids that was probably more fun in concept than in reality, but has been revived several times over the past few decades. 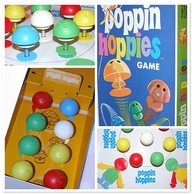 The Idea Toy Company was known for its "action" toys, where Mattel had the doll market cornered.  Ideal was the go-to company for colorful action games like "Poppin Hoppys" and the relentlessly enduring "Mousetrap."

Around 1973 Ideal released a toy kit that consisted of a set of two-sided molds of cartoon characters, a connecting bowl and powder, or "magic" mix.  The goal was to create a small figure you could paint and set on a shelf.  The task involved pouring water into the bowl, adding powder and shaking the living daylights out of it until it became a pudding-like texture.  You'd then pour the goop into one of the molds and let it "set."  After a short time you could remove the mold halves if you were careful and you had a cold, pale, rubbery representation of a cat, dog or skunk (later editions included monsters, the Flintstones and Disney favorites).

Eventually this wiggly figure would dry, harden and shrink in size, finally becoming a small, solid figurine you could paint with the enclosed colors and display on a shelf to everyone's mutual delight.  The original pack came with accessories for each figure; the monster version included fake hair you could glue on and phosphorescent paint to add highlights that would glow in the dark.

I confess I was besotted with the IDEA of "Shaker Maker," not the least for it's vague "ick" factor.  The box art was vivid and attracting, including a pink pop-art cat in spectacles that I fell instantly in love with. The reality of the toy was something else altogether.

I remember the stink of that "Shaker Maker" crud as if it were yesterday; I can still summon it up the same as I can recall the odor of a particularly foul excretion from one of my baby nephews that I diapered 20 years or more ago.  The olfactory assault was nothing as terrible as babyfilth but it was certainly unpleasant and lasted until the gloppy, gray compound dried, so you had to endure it a few days at least, while the figure you'd just created leered tauntingly at you from a window sill or shelf.

And that was another thing.  Shaker Maker toys seemed to take forever to dry--here's the worst idea for a kid's toy ever invented: something where the child has to WAIT for RESULTS!  Next to the apple "shrunken head" kit that Vincent Price hawked in the late 70s I can think of few "toys" that were as patience-testing (and the shrunken head one only wins because the set up you had to go through to make an "apple drying" station was so elaborate and unpleasant) and yielded such unsatisfying results.

At the end of a few days or so, if you could wait that long, what started life as a fun, wiggly, round character model turned into a tiny, shriveled piece of...chalk!  In fact, my brother and I eventually tried using the figures we'd made for chalk on the sidewalk in front of our house and the toy even disappointed in that office...

Actually, the figures weren't just useless, they were ugly too!  By the time they had shrunk to their final size the things were so small and wrinkled looking they were hard to paint, and the paint was porous (one assumes because it was safer than something oil-based) so it never covered very well.  You inevitably ended up with something that looked like a small, garish, clown-colored effigy of Bette Davis in "Whatever Happened To Baby Jane."  And if you made the mistake of adding the accessories to your figure before it was COMPLETELY dried (which could take up to a week) you risked the figure growing too small for the accessory and having the parts fall off or something.

And what were you to DO with the thing, once it was created?  My memory is that you got about 4 or 5 packs of powder, enough to make one or two of each creature on the box cover, and assuming you did that the first night you opened your toy that meant you were done in about 15 minutes and the rest was all waiting for the stuff to dry into ossified offal!  And then of course you were out of "magic" powder and had to order more, immediately, if you wanted to keep playing with your beloved toy.

The next line, the "monster" version, was better in that the shriveled final form actually worked as a goal to strive for, but the hair never glued on properly and became a sticky mess, the glow in the dark paint never adhered well and was much better utilized, I found, dabbled on my sister's face while she slept in her room next door to mine.

It's rather hard for me to believe I was so in love with this toy as a kid that I got TWO lines of it (and, researching it on-line I remember coveting the "Flintstone" and "Disney" renditions).  I don't remember it ever being anything but a nuisance!  And yet the popularity of the "Shaker Maker" toy remains to this day.

For years--I'm not making this up, I am mortified to admit--I looked for a different chemical compound to re-create my "Shaker Maker" figures with.  I kept the molds for just that purpose.  Over the years Mom helped me experiment--we tried candle wax but it took about a bucket of paraffin--or at least 3 of her used candles--to make enough wax, and it was too hot for the plastic mold anyway.

I tried commercial, special effects latex many years ago and it resulted in a stinky, flesh-colored, fetal-looking artifact that was unsavory to display, to say the least.

My last attempt involved going to a store that vends adult novelties where I found a kit that assisted you in creating your own marital aids and the less I say about that journey the better; suffice to say even that didn't work out and I eventually tossed the molds in a box where they remain to this day.

"Shaker Maker" endures still, as I mentioned above--I think it is second only to "Shrinky Dinks" (another toy that was a lot more fun in theory than in practice) in staying power.

I suppose one has to be a kid to really get into such things, and it makes me empathize with my parents who assisted me with so MANY of these "mad scientist with evil formula" type toys.  How many times did mom have to clean up after the latest gunky "create it yourself" toy I had and what must she have thought, I wonder?  I think I won't ask.  But to the creators of the "Shaker Maker" line of toys I say, congratulations and carry on...it could be worse...it could have been that horrific toy that would soon be coming our way in the 70's...Mattel's goo-in-a-garbage-can...Slime!

Yes! I was actually being a bit silly with this article, obviously I really enjoyed this toy ;0) Thanks for the comment!

I love action toys. Action with art is a great combination - I think Shaker-maker was able to achieve that.

Choose a palentologist vest or safari vest for kids. Also great for explorers...

A selection of the best shark toys for kids. Sharks are fascinating creatures... 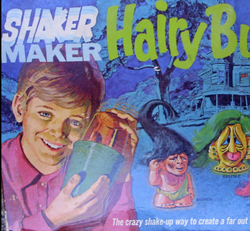 Whatever Happened to Pudding Pops?: The Lost Toys, Tastes, and...
44%  4   1 TerriRexson
Scientific Toys

Looking for Sid the Science Kid toys and kits? Excellent! We've got a great collection of toys for fans of Sid. Maybe you've got a young scientist in the making.
28%  0   1 TerriRexson
Scientific Toys 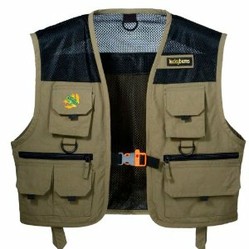 Choose a palentologist vest or safari vest for kids. Also great for explorers and as a fishing vest. Great for Dino Dan, Diego and Dinosaur Train fans.
25%  0   3 TerriRexson
Scientific Toys 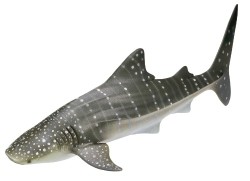 A selection of the best shark toys for kids. Sharks are fascinating creatures and lots of kids, especially boys love to play with toy sharks.
Loading ...
Error!