Innovative Walkie Talkies And Headsets For Work, Play, and Efficiency

Kids aren't the only ones playing with these cool gadgets, today's walkie talkies are getting pretty amazing and innovative. A handheld unit, for example can work across 35 miles!

Walkie talkie radios are found in a wide range of places and used for a number of applications both for commercial and personal use. When it comes to communication, we're in an age where technology is getting pretty cool.

The first Walkie talkies weren't hand held cell phone sized devices- they were bulky and large but incredible technology innovation for the time. Like everything else, Walkie talkies evolved substantially and have become incredibly more useful. They've also become so much cooler, more portable, and even more powerful.

In this article I'm going to go over the fascinating history of walkie talkie radios then we'll get into some great innovative units you may like (or ask for for Christmas!).

The inventor of the "Walkie-Talkie" is a man named Don Hings. This was one of his most well 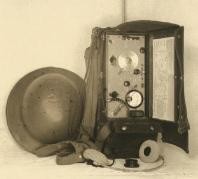 known inventions. The first walkie-talkies or two way portable radios were not called such at first, they were simply known as portable field radios used with the bush pilots of mining and smelting.

They had to fly their planes between many remote sites and 2 way communication was a god-send.The first unit was invented around 1937. They were called 2-way field radio or "wireless sets" or "Pack sets". The term "Walkie-Talkie" was actually an invention of journalists whom were reporting about these units during the war (world war 2) and coined the term in their reports. The name was born, stuck, and to this day is a "generic" term for it.

Don Hings Would Love To See How Far His Invention Has Come!

the second world war in 1939. The military saw this technology as highly valuable technology and for good reason. Communication is vital and for instant and researched actions to take place in real-time this device was necessary.

The company Hings worked for loaned him to the Department of Defense and the National Research Council in Ottawa. They planned to re-invent his invention specifically for use in battle situations.

It would take Hings a few years of research and development but in that time he had created a large variety of portable walkie talkie radios for the Army. Model C-58 pack set (yea not exactly portable like a cell phone, more like a portable tv tower!) was a great success and tremendously helpful in assisting soldiers. This design was both powerful and productive. There were tens of thousands of these units being built and deployed overseas. He continued to build variants of the original for use in vehicle and tanks (mounted versions).

These walkie talkies model c-58 had many new innovative features and hardware such as antennas, power supplies (especially useful in battles!), voice scrambling technologies for privacy and to avoid any eavesdropping, and even a special filter designed to eliminate the background sounds of battles happening while using the radio. These all made for a very clear transmission, even through walls of noise and loud sounds, explosions, etc...

One of the coolest things about these units, especially back then, was the unit was, especially for it's size, very lightweight, durable, and all that high performance happens in a package with NO MOVING PARTS (other than on off switches etc...)! These units were also incredibly easy to use.

The design of the walkie talkie didn't stay a secret for long. Many other countries including the British, Americans, and Germans all had their own portable walkie talkie designs  No two types (rather brands created in different countries) used the same circuit board design, often invented dependant of one another.

All the different renditions worked virtually the same, and many have laid claim to being the first- but Hings was first.

Although similar in operation, the differences lay in the performance, portability, and dependability of the technology. Not all designs were equal, some were inferior. Some claim the first walkie talkie came around in 1933. The variations were not likely portable at all. Although they were mobile (which encompasses a pretty big size range), but were mainly transmitted using private codes and still required to get their power from a vehicle. True walkie talkies like Hings models, derived their power from a power pack and eventually would run on 9 volt batteries or smaller! There are even units with solar panels to charge the batteries.

There very well may have been several simultaneous (but different designs) inventions of the walkie talkie, although Hings never cared about who was named the actual inventor.

The way he saw it inventions like this weren't particularly revolutionary but rather a piece of a larger spectrum of communication technologies that had/have been in development for year before and even years after the war.

Many job sites use this configuration for privacy and efficiency, but you can, for example, also set up your kids on a mobile hotspot (like a laptop) to boost the signal and even how far they can go with clear reception! This also helps keep YOU connected to them (just tune into the frequency and have the "base" nearby as the walkie talkies have a "contact base" button which is very convenient .

Eventually Walkie talkies would leave the military uses and become the communication devices of choice for many public safety departments, job sites (i.e. construction, in a large warehouse store, or as a way for employees to stay connected to the rest of the staff for efficiency and quick response/resolutions overall.

Some Walkie talkies are also CB radios and require a license to actually communicate over them at all. Others are self sufficient, tuned into a specific private frequency and are fine for use without a license. Some CB versions have both so you can still use them for private (non Citizen's Band frequences) use.

Walkie talkies don't generally depend on cell-phone towers or its network so there are no monthly charges to worry about! The devices generally transmit radio signals of its own frequency and bandwidth.

Overall Walkie talkie units and series of units (for networking) are very easy to set up and use. You just plug them in (charge the batteries) set the frequencies for different departments and your ready to go. You can assign different frequencies for different groups very easily. You will need to pay  close attention to the range, battery life, and capabilities of the unit you purchase. Some units are robust with 40+ channels to choose from, others have one channel and work with specific other units and are on a secure private frequency. Commercial sets are usually set up this way to assure privacy.

There are two types of radio to choose from, short distance and license free is called FRS (up to 2 miles, often this is where kids walkie talkies fit in. These usually operate on a single double AA battery (about 1.5 watts).

GMRS is a more serious communicator frequency band and requires a license ($85.00) acquired from the FCC (downloadable application and fee can be paid online). The second type is used by emergency and state officials and a lot of companies or even individuals such as truck drivers (big rigs?), ambulances and so on. GMRS equipment is more sophisticated and costs more but is worth it!

GMRS is more powerful than the FRS by 5x (1 watt FRS | 5 watt GMRS). GMRS can operate up to 10 miles in clear open countryside. FRS is often "fun" or "light" communication frequencies often within a few miles but more often than not even less. The GMRS equipment is for longer range and important use.

These come in a range of types from wired to wireless, from digital wireless headsets (linking to a Walkie talkie unit), to Bluetooth models that can communicate via a radio unit (wireless between headset and unit).

If you're riding your motorcycle and want to keep in touch with your friends traveling on different bikes, or working on a job site that requires the use of your hands, a headset is a great choice because you can keep going without missing a beat and don't have to fumble with the clunky unit.

I ran into this app while researching this article and it's pretty cool. It essentially repurposes the current hardware into a walkie talkie. It uses the internet not airwaves to work which makes the range incredible!

It also has the ability to randomly meet people in the area using the app too! It's like a party line! All you need is an Android Phone or Apple iPhone and the free app at:  http://heytell.com

Walkie Talkies are getting more sophisticated these days with the powerful lan features some units can be used in with bluetooth connectivity to a laptop or "hotspot" you create from any computer. If the radio is capable of being LAN based, you can utilize your entire wireless network range to power and transmit between the handset or headset unts.

Many cell phones already have what you need to utilize LAN and radio over voip, technologies you just need the software to tell the unit how to behave, and that software is free for Android and iPhones (and likely all smart phone types).

Amazon has been on the cutting edge of having just about all the different types of CB radios, two way walkie talkies/radios, and more. I hope this article was enlightening :) Comments appreciated!

Thanks for these comparisons, Jerrico. We are considering buying some walkie talkies soon.

Communication is vital, when you're up against ferocious pixel bosses with yo... 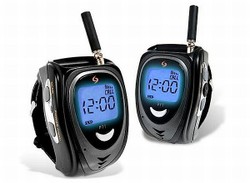 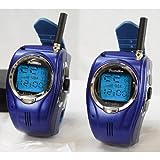 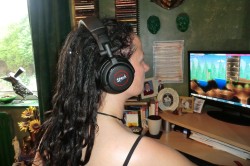 Communication is vital, when you're up against ferocious pixel bosses with your friends. I have found the perfect headset for this gamer, and I'm sticking to it!
37%  1   5 Tehreem
Gaming Headsets 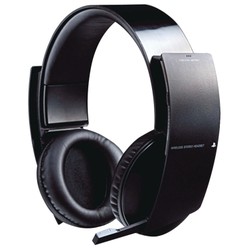 We offer the best rated Gaming headsets which are best suited to your needs
Loading ...
Error!