How to Do the Kiss of Life

They are unconscious, not breathing and without a pulse. Would you know how to perform CPR? A qualified First Aider demonstrates.

Cardiopulmonary resuscitation (CPR) can break ribs. But when the alternative is death, who worries about a few bones?

Knowing how to do CPR really can be the difference between life and death. It's a nightmare situation, which nobody wants to be in. Yet it's best to be prepared in case you ever find yourself in such an emergency.

I trained as a First Aider in the early '90s. I've consistently renewed my certificate every few years since, and I was once the primary First Aid person for a whole university campus. Let me teach you how to perform CPR.

When Should you Perform CPR?

Two thirds of all people suffering from cardiac arrest never receive life-saving CPR. Why? Because bystanders are too afraid of 'doing something wrong'.

You are in a potentially fatal situation, so there's no room to worry about doing something wrong.  Not acting is far more dangerous than performing the kiss of life in these circumstances.

If this is an emergency, just read the titles. Instructions are given in the subtitles.
The main body of each section merely explains what's going on and/or provides supplementary information.

Step One: Call the Emergency Services

The point of CPR is to buy time for the paramedics to arrive. If they're not coming, then you're helping nobody. 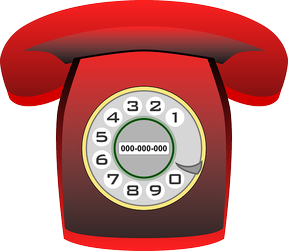 If you aren't alone, then ask a friend/bystander to call the emergency services. Ask them to tell you when the ambulance is coming.

It's been known for random people to simply walk away without making the call.

You don't really need to know that ETA (it'll be 4 minutes on average). You're just asking for information to be returned to you, so you can be certain that the call was made.

If you are unsure if the emergency services are coming, call again. Better twenty alerts than none.

Turn the individual until they're lying on their back. Put your two fingertips under their chin, and your other hand flat on their forehead. Tilt their head backwards.

It's possible that the lack of breathing may have been caused by blocked airways. By tilting the head upwards, while they are lying on their back, it automatically opens up those airways.

If the blockage isn't too big (or it was the tongue), then this will be enough to allow them to start breathing again.  If that is the case, then put them into the recovery position and give yourself a hearty pat on the back.

Tilt their chin back with your hand. Gently pinch their nostrils together, cover their mouth with your own. Exhale a normal breath. Wait for their chest to rise. Repeat.

You don't need to breathe too hard into the individual's mouth. Just enough to watch the chest rise and fall. A normal breath, which lasts about a second, will be perfectly adequate.

If anybody starts mithering that you're doing it in the wrong order, just ignore them.

I'm telling you the ABC (Airways, Breathing, Circulation) method, but there's been a massive campaign by the American Heart Association to go for CBA (Circulation, Breathing, Airways) instead. As far as I can ascertain, that's largely because people were so busy worrying about looking like they're snogging a stranger, that they talked themselves out of performing CPR.

Starting with chest compressions meant they were committed before they got to the socially impolite stage, thus were less likely to back out.

Other campaigns, like the Hands Only CPR one across two continents, took out entirely the requirement to give rescue breaths.  It was hoped that more people would prefer to save lives that way, instead of fretting what other people were thinking about them.

In short, various people learn different ways to do this. As long as you're doing one of them, it really doesn't matter which one!

Kneel. Place the heel of one hand over the sternum (where chest forks in the middle). Cover with other hand. Shoulders straight above. Press hard and fast, 15 times.

As long as you're doing something, then it's all good.  Personally, I'm still with 30 compressions and 2 breaths. Those who don't follow suit aren't wrong either.

Do CPR to a Chorus of Nellie the Elephant

Honestly! I've been passing First Aid examinations since about 2005 with the help of Nellie the Elephant. Previously I went for the 1812 Overture.

Nellie the Elephant packed her trunk
And said goodbye to the circus;
Off she went with a trumpety-trump
Trump, trump, trump.

You learned it in kindergarten. The chorus above (just a single iteration) is precisely fifteen beats, and at the exact speed for doing great chest compressions. Repeat it - or continue into the second part of the chorus - for another fifteen beats, giving you a perfect thirty overall.

Just press down hard upon every beat, while you sing this in your head. Then give two more rescue breaths, and back for another chorus.

Note that this doesn't say, 'until paramedics arrive', but when they actually indicate to you that it's alright to cease CPR. 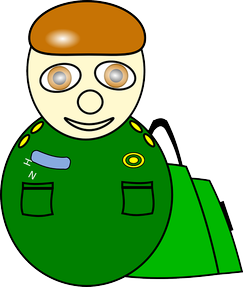 Trained medics can tell at a glance whether you're 'doing it right'.

If you are, then there is no good reason for them to stop you. They might as well take the extra few seconds to settle down, get their defibrillator out and apprise themselves fully of the situation. You are keeping their patient alive throughout.

The only times that paramedics will stop you immediately upon their arrival are:

The second won't apply if you've taken the steps above.

How to Perform CPR - CPR Demonstration

Note that this American First Aider does more than was described within the remit of this article. It's exactly how I'd have done it too.

I agree with 99% of what this US First Aider does and says, despite us learning our skills in different countries under different laws.  The 1% disagreement is solely at the end, when he states that you should stop after a certain time.

One of my old First Aid trainers told us that the record for keeping someone alive is 18 hours. CPR was performed in a remote location by a group of men, on a friend who'd been trapped under ice in a lake. It took nearly a day for two of their fellows to reach a location where emergency services could be alerted, then led back to the place where a marathon CPR session was still underway.

That man's friends refused point blank to give up on him. It was a good call. He survived and later regained consciousness in a hospital. Because his circulation was maintained, he suffered no lasting ill-effects, not even brain damage.

My rule is strictly that recounted in step five:  continue CPR until a paramedic (or doctor or nurse) tells you to stop, or else another First Aider is able to take over to afford you a break.

Be Prepared with CPR Masks and Resuscitators

The First Aider in the video uses one of these. I was taught to too. Health and safety, cuts risk of infection, blah blah. It's a nicety, NOT a necessity to performing CPR.

NB  If you really do want to use a mouth-shield but haven't got one handy, then place a handkerchief or thin fabric over the individual's mouth. As long as air passes through the material, it's doing its job.

That job, by the way, is to reduce the risk of infection from mouth sores, or bleeding gums etc. Or to stop them accidentally vomiting into your mouth. Personally I like to think I'd notice the latter coming and shift myself out of the way.

British Red Cross - How to Perform CPR on Adults

As I hold a British Red Cross First Aid certificate, it goes without saying that this is precisely how I was taught to do the 'kiss of life'!

Download these CPR apps for your smartphone, and have them there handy as emergency preparedness.

First Aid: Would you Know What to Do?
A medical emergency could happen at any moment. The question is whether you have the knowledge to save lives. We should all have that.
Updated: 10/22/2014, JoHarrington
Thank you! Would you like to post a comment now?
4

I could teach you now that you're here. You wouldn't be qualified, but you'd have some training. I've even got a big box of old bandages to practice with. :) Though it might be worth checking at your Uni. I got a free course back in the day at mine. It's always worth knowing too, or all the obvious reasons, plus the bonus of giving you the confidence in life.

Wow- it took em a while to read this one, but this is such a good article to have out there. I know getting training and a first aid certification is incredibly important, but I'm surprised I hadn't know at least the basics of CPR until reading this. I even lived with someone who was a lifeguard, who spoke with me regularly about the importance of knowing first aid/CPR.

That is such a good idea! I really wish we had that here too. Our doll is also called Annie.

I can't say how is now (I suppose there were no significant changes), but in our country everybody who wants to pass exam to get driving license must go through the course of first aid with an exam at the end. We performed the 'kiss of life' on the doll called Annie (Ancka) and this part was the most often the reason to fail the exam. 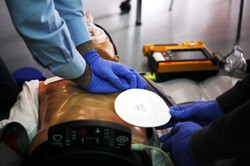 A medical emergency could happen at any moment. The question is whether you have the knowledge to save lives. We should all have that.
93%  20   8 JoHarrington
Emergency Preparedness