If you've ever dithered, teeth chattering with the cold, you've been in the onset of mild hypothermia. If it went beyond that would you know the treatment for hypothermia?

Every year, there are an average 1560 reported cases of hypothermia in the USA. Around 650 of them prove fatal.

In my native Britain, a combination of rising fuel costs and the temperature dipping very low in winter means that the figures are much higher. During 2012/13, emergency staff recorded 28,354 people needing hypothermia treatment.

It was up 25% on the previous year, which in itself was 50% higher than the year before that. But on the bright side, so many people rationing their heat meant that energy companies filed profits of over £15billion.

Assuming that you care more for lives than a corporation's bottom line, would you be able to recognize the signs of hypothermia and know how to treat it?

Hypothermia Can Be Deadly

I know all about it. It nearly killed me last week. 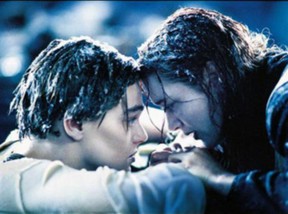 The sinking of the Titanic was one of the most famous disasters in history, mostly because of the James Cameron movie about it. But ask people how most of the victims died and the majority will get it wrong.

They didn't drown. Lifeboats might have been scarce but life jackets were in plentiful supply. Most Titanic passengers survived the ship's sinking, floating on the surface of icy waters.

It was hypothermia which killed them.

Nor does this have to be a thing which occurs only in freezing oceans. The military campaign of Hannibal lost over 20,000 men to the cold, as his army marched over the Alps. Even that pales into insignificance when you consider Napoleon's retreat from Russia during the winter of 1812.

Men knelt down in the snow, dying in their tens of thousands. Some curled up next to a campfire and never woke up. General Armand Augustin Louis de Caulaincourt poignantly wrote afterwards, "Sleep comes inevitably, to sleep is to die."

An estimated 300,000 members of the Napoleonic Grand Army had perished in the Russian wars. Another 70-80,000 died of starvation and hypothermia on the way home.

It is something which I can picture quite vividly, as I was recently lost in fog and rain on the summit of a mountain. It took dozens of emergency responders to remove me safely, but first they had to find me and while I waited I froze.

It is when the body's core temperature drops below 35.0 °C (95.0 °F), or that needed to maintain the metabolism necessary to stay alive. All physical functions begin to fail and death follows shortly on.

The Symptoms of Mild Hypothermia

Hypothermia's early stages is why so many individuals don't take this condition seriously enough. It's too commonly felt and survived.

We've probably all experienced mild hypothermia in our time. Just go outside in winter, if you're in a Northern climate, or pop into a walk-in fridge for a moment if you're not.  Diving into a cold swimming pool will do it too.

After this, things are going to become quite dangerous and that can occur with surprising speed. It only takes three hours to die of hypothermia, so read on to learn how to recognize the most critical symptoms of hypothermia.

How to Treat Mild Hypothermia

The Symptoms of Moderate Hypothermia

Here is where things are starting to become quite serious. These individuals may struggle to save themselves.

How to Treat Moderate Hypothermia

NB LEAVE THE EXTREMITIES ALONE!  You can kill somebody heating up the hands, feet and limbs, while the trunk is still cold.

Also see any items from treating mild hypothermia and introduce those as your freezing individual begins to warm up. But hopefully the ambulance will have arrived by then and paramedics will deal with all that.

The Symptoms of Severe Hypothermia

If it reaches this stage, you should be seeking out emergency medical treatment from professionals. This individual is close to dying.

How to Treat Severe Hypothermia

You are, of course, ageless, Jo. When did you discover the elixir of youth?

Frank - All fabulous advice! Thank you very much.

I particularly like the bit about knowing our limitations and accepting that we're no longer in our twenties (excepting those who are!).

Sheilamarie - I can concur with you there.

Prevention is better than cure. Firstly, avoid conditions that might be overmuch for you. Avoid very strong winds, which sap energy. We must all accept our limitations. Secondly, if you are out in cold conditions, ensure that you have as much body coverage as possible. This means gloves, not those with finger tips cut off, and a suitable hat, preferably a balaclava. A spare sweater and waterproofs are important in winter. A flask of hot drink is important, as is sugary food, such as chocolate or Kendal mint cake. A bivvy bag to nestle in is a great safety device.

One problem that some of us here might face is a failure to realize that we are no longer in our twenties, and we cope with cold less well as we age, especially as we pass sixty. As a male, I am constitutionally prone to this delusion, but when working alongside my thirty three year old son, I am reminded very forcefully of the passage of time. Your limbs lose flexibility as you age, so your passage over rough mountain ground will be slower than it once was. allow for this slowing factor if you are walking in mountains, because you might be caught out in cold and dark. The fact that I am now in receipt of U.K. government winter fuel allowance [for people over sixty] reminds me that if I walk in winter hills I have to be more careful.

I've had my experiences of this, too. Not fun.

Me too! Absolutely me too! I meant to look up the psychology being paradoxical undressing, but I haven't been there yet.

WordChazer - If it's getting the word out, then I'm giving blanket permission for anyone to spin anything off these articles. Have you got Mountain Rescue mates then?

cmoneyspinner - Thank you so much. And yes, it's quite horrific to read about those Napoleonic soldiers and what they witnessed on the way back.

Great timely article. I have contacts asking me to share as much as you write about this, so with your permission there may be a spin off on that this weekend. As we live in a house without heating I know a fair bit about low level hypothermia and regularly wrap up in layers as a result.

It's a morbid subject, which no-one really wants to discuss much. But it's a ...

A medical emergency could happen at any moment. The question is whether you have the knowledge to save lives. We should all have that.
81%  14   6 JoHarrington
Emergency Preparedness 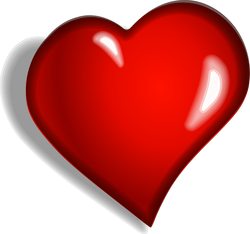 It's a morbid subject, which no-one really wants to discuss much. But it's a question which will gain vital importance after your death.
Loading ...
Error!