Dealing with Depression in Sport

Great sporting events such as the Olympic Games and Wimbledon are opportunities for celebrating the talents of great athletes. But the stress can be enormous.

Individuals involved in sport are often people who are fortunate enough to be doing something they love deeply. Yet the suicide of German goalkeeper, Robert Enke, in November 2009 highlighted the prevailing stigma of mental illness and depression in the world of competitive sport.

Enke took his own life after years of depressive illness and his tragic death served to emphasise just how important it is that the sporting world recognises depression as the serious illness that it is.

Sporting Pressures to Achieve Can Lead to Depressive Illness

In the competitive, "macho" sporting world, the pressure to reach goals and, once having reached them, maintain those high standards,can be extremely stressful.

The expectations of fans who are often unsympathetic to what may be seen as weakness in their heroes, adds to the pressure. Successful sportsmen and women are seen as fortunate to be rich, successful and doing a job they love.  What right have they to complain about being a bit down?

Clubs and Management must change.

Signs of what might be considered weakness are not generally encouraged amongst clubs and management themselves.

A few years ago, when the Aston Villa football player, Stan Collymore, sought help for his depression, the club threatened to sack him, and his manager came on television to berate Collymore in front of thousands of viewers.

It was a ‘snap out of it’ attitude that is still prevalent in sport today. 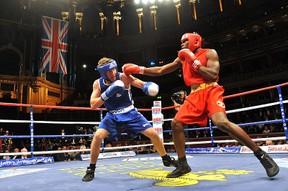 When the boxer, Frank Bruno, MBE, had to be sectioned for mental health problems in September 2003, the Sun newspaper headlines read, “Bonkers Bruno Locked Up”. Later headlines modified the language but such public vilification of a mentally ill sportsman was criticised by mental health organisations.

Changes in Attitude to Depression in Sport

Thanks to brave sportsmen and women.

However, the mood is changing. Steps are being taken to encourage athletes to open up about their fears and speak to a medical professional if they are in any doubt about their mental well-being.

These changes have been brought about by sports personalities themselves publicly revealing their struggles with depression.

Books About Depression in Sport

Sporting Personalities Who Have Suffered From Depression

Brave sportsmen and women have helped to raise the public profile of depression in sport, and in the wider community, by being up-front about their experiences.

John Kirwan was a New Zealand All Black rugby player from 1984 until 1994. His struggles with depression led to mental illness. He went public and featured in a series of ground-breaking advertisements encouraging people to seek help for depression.

He is now a public figure in New Zealand where even his name has come to describe depression, i.e. “a case of the Kirwans.”

Frank Bruno helps raise awareness of depression and mental illness in the UK.

He has been part of many fund-raising schemes, and talks openly about being sectioned under the Mental Health Act by his daughter, Rachel.  He didn't speak to her for ten years, but they are now reconciled. This year, 2013, she ran the London Marathon for mental ealth charities Rethink and Mind.

On his official website Frank, now recovered,  addresses some of the problems he encountered when he was ill in an effort to help others.

Athlete Dame Kelly Holmes said that her low self-esteem before her gold-medal win at the Olympic Games in 2004 had led her to self-harming with scissors. She sought help from a doctor and feels that she will never return to that dark place. 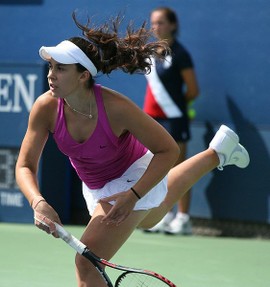 It is worth mentioning that the pressure on female athletes to look glamorous has never been so blatant.  At this year's Wimbledon (2013) the BBC's Wimbledon tennis coverage anchorman, John Inverdale, had to make a public apology after making remarks about the championship's female champion Marion Bartoli.

Mr Inverdale, not a particularly striking looking man (not that it matters!), described her as "not a looker" before her  amazing win in Saturday's womens' final.

Celtic football coach, Neil Lennon, suffered years of depression which began in 2000 when he was playing for Leicester City. It was only when he moved to Celtic that the Club doctor diagnosed his problem. His situation was exacerbated because he was threatened with violence for being Catholic. Lennon said that revealing his depressive illness to his own family had been the hardest.

The cricketer Marcus Trescothick, 2005 Ashes hero, has also ‘come out’ about his stress-related illness and has decided never to play international cricket again, but concentrate on home matches. In his autobiography, Coming Back to Me, he explained frankly his history of anxiety attacks and depression, which he has suffered from since the age of 10.

Including those who decide to come out as gay.

Pressure in sport can be an exhilarating experience and most sports personalities can handle it. But often the pressure exceeds the ability to cope and then comes depression, anxiety, fear of public shame, constant newspaper speculation, and the advice to ‘pull yourself together’.

Pressure in sport is excessive and expectations are high. In particular, for young men the male stereotype can be hard to live up to.  If a sportsperson happens to be gay, deciding whether to come out to one's team-mates can exacerbate depression.  Fortunately, more and more athletes are bravely 'coming out'.

Depression is slowly being recognised as an illness, not a weakness. Experienced sporting role models are helping all sufferers from depression, not just those in the sporting world, to seek help and recover.

Purpose Embraced: I am so glad you found this article interesting - thanks so much for your post. I do so agree with your remarks. It is an invisible disability, and as you say, needs to be treated with compassion.

I absoslutely agree Mike. Having so much at such a young age is too much to cope with sometimes... If you have an underlying depressive illness I imagine it can be very confusing.

The pressure and stress that modern athletes deal with is certainly huge, not only in terms of the competitive nature of sports but also - especially for the top ones - because of the huge amounts of money involved. 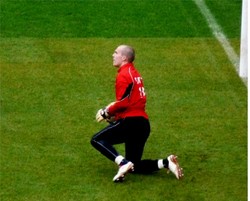 The Shame of Me, One Man's Journey to Depression and Back
26%  2   3 KathleenDuffy
Pain Management 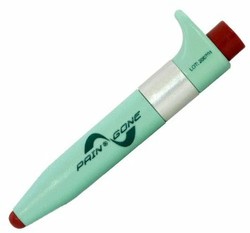