Is there any person on this planet that has never heard of Disneyland? Unless if he spent all of his life in the jungle, probably not. I might exaggerate a little bit, I admit; however, the bare truth is that Disney is surely one of the most influential and recognizable brands of the 20th century...

Walt Disney was a visionary man that managed to create an empire in the dazzling field of entertainment. His vision shaped the American, as well as global, landscape of entertainment and it actually continues to do so. Disney characters such as Mickey Mouse are as much recognizable as important historical figures of all times. There aren’t many kids  not to have watched the legendary mouse on the small screen – for once, at least!

What is more, these all-time favorite Disney characters found their ideal home in the Disney theme parks that were first introduced in the U.S., right before they went on conquering the rest of the world. The first Disney Park that opened its doors outside the United States was the one in Tokyo, Japan back in 1983. Nine years later, Paris followed and Disneyland Paris soon became one of Europe’s most visited sites, competing with the old continent’s numerous renowned museums that host Europe’s cultural heritage. The world was changing, though, and Disneyland definitely marked this change.

Disneyland Paris wasn’t met with immediately success. As a matter of fact, during its first years it had serious financial problems, as the profit generated from the entertainment park was far less than expected. But that was at the beginning and ever since then things have changed for good, especially after the mid-1990s. Disneyland Paris became a synonym with a visit to the capital of culture of Europe; you go to Paris and you think of its Disneyland; this is what I call a tremendous achievement, if you also have in mind as a contrasting example the eternal classic beauty of France’s pride.

Ten years after the inauguration of Disneyland, a second theme park was added next to the Disneyland Park and its name was Walt Disney Studios Park. It is focused more on the production of Disney movies and the magic of cinema and therefore attracts less visitors - about half compared to Disneyland Park. Nevertheless, the two theme parks combined make for the most visited themed attraction in the whole Europe with almost 15 million visitors annually.

And this brings us to today, when a big celebration is held at Disneyland. In 2012 the Park celebrated the 20 years since it opened its doors to the public. The celebrations though took an extension and they are about to last till September 2013. That means that you still have time to check on the available AttractionTix Disney deals in order to be one of the lucky ones that will have the chance to enjoy the special activities arranged for the occasion.

For the 20th Anniversary Celebration a series of events have been organized. Disney Dreams consists of a daily evening show which includes brand new special-effects and fireworks, Disney Magic on Parade involves all our beloved Disney characters parading in front of our eyes and finally The Celebration Train will bring Disney’s characters to their fans, which will have the chance to remember why they loved them so much in the first place!

No one can predict the future; and that is a universal truth. Something tells me, though, that the love for Disney’s fairy tales won’t fade soon. These are fairy tales that might keep us, humans, company in the same way that other fairy tales coming from the past of Europe, such as the stories of Hans Christian Anderson or the Brothers Grimm, are still fascinating people all around the world.

As for Disney theme parks, one can be sure that people won’t lose their interest in visiting them anytime soon. With the introduction of more and more Marvel inspired attractions, following the huge success of the movies based on Marvel characters, Disney Parks seem to have grasped the future success in the world of entertainment and have already occupied its leading seat! Enjoy Disney!

Many of my friends have taken their kids to Disneyland Paris. I didn't know they included Marvel characters as well. Quite a powerful attraction!

MikeRobbers, Do you know how many of the visitors represent family and friends of North Americans living, studying, traveling, working abroad? Also, what are the chances of African, Australian and South American (and with globally warmed climate change, Antarctican ;-D) Disneylands?

@ologsinquito
Thanks for your nice words and I'm glad my post brought back memories!

This is a such a well-researched and well-written article. It brings back memories of my first visit, at age nine, to the Anaheim Disneyland.

You've gone and done it, now I wanna go to Disney Paris!

I’m writing this article on Earth Day. Since I am an avid birder I want to o...

Disneyland Then, Now, and Forever
100%  12   9 Ianjames
Other International Holidays and Celebrations

Julius Caesar invented it, Saint Brigid made it special, what will you do to celebrate it?
56%  4   6 MBC
Other International Holidays and Celebrations 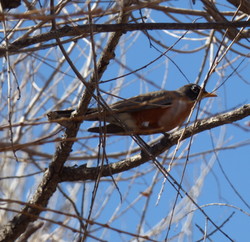 I’m writing this article on Earth Day. Since I am an avid birder I want to offer you some suggestions on ways you can protect the birds wherever you live.
Loading ...
Error!