Read an article on tea and how it nourishes and offers pleasure at the same time. Discover aspects of tea, its health benefits and role in the society.

Tea a product of single plant exhibits mind boggling diversity. A single plant has given rise to ceremonial elegance with a special place in the lifestyle bandwagon. It comes in astounding variety, subtle variations and thundering aroma that tingles your taste buds and arouses your sensory apparatus sky high.

For most people in Asian Countries and other tea consuming countries like UK in Europe, the hot beverage is the starter of the day. It obliterates a ritualistic dispensation from plethora of taboos and constricting customs prevailing in societies. It is universally accepted and hence is a homogenizing factor in a terrible divisive human conglomerations.

Lets find out more about this brew with perspective on India. Discover how this hot brew is consumed in the country and how it rules over the minds and hearts of people of India.

Introduction to kinds of tea in India

India consumes more than it grows. This is the truth about the hot beverage especially the black leaf. Chai as it is called in India is consumed in large quantity uniformly with desire and zeal. People have preference for brand which they identify with taste and aroma. Only the connoisseurs understand the subtleties of 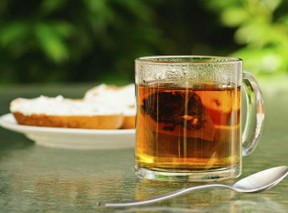 The most popular leaves in the country are from Assam State, Darjeeling and the Nilgiris in the South. Nevertheless the tea leaves are also purchased from other countries and blended.

These regions in the country grow organic and green leaf as well. The latter is well known for its health benefits. The costliest teas are grown in the District of Darjeeling in West Bengal. The Darjeeling variety is graded as per the flush and according to the season. It is highly aromatic beverage and exported to many countries. The whole leaf with bud unbroken is most valued while broken ones or dust are less costlier, this applies to all varieties.  Orange Pekoe from Assam and from Nilgiri in South, these are black leaf most preferred by brand conscious upper class elite. 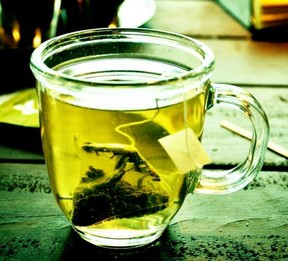 This grading system is very popular in India and Sri Lanka. The vast variety of tea leaf are blended by experts in order to create the finest blends which are then packed and sold.

The most popular brands of blends are Lipton, Tata, Brook Bond and Wagh Bakri latter is an Indian Company.

Tea is an all occasion beverage and is served during the business hours, to guests at home, for pass time, make relationships, appease people and entertain guests during the festivities.  In many houses it is served after lunch or dinner on mega events.

There is always confusion as to what does these terminology refer to. For most people green and black leaf appear to be entirely different varieties, this may be true but than the difference arises from how the leaf is processed and not by the variety.

Green leaf undergoes less oxidation than the black one hence the antioxidants and  other beneficial chemicals are preserved in larger amounts.  The organic 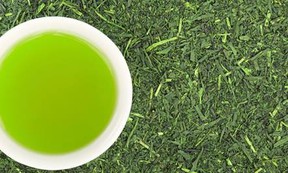 varieties of teas are those cultivated without using any chemicals hence are devoid of any toxicity.

The green leaf accords subtle and subdued aroma and beverage appears light yellowish green in color. Not much health benefits are accorded to black leaf but more research is yet to be done in time to come. It is much consumed with addition of milk in India and is known as chai.

Chai Tea is typical to India, it is cooked with milk and some times with spices and other flavors. The hot brew is ubiquitously sold in a small glass poured directly from the kettle on the blazing stove. The vendors use hand carts to sell the sizzling brew. They also sell from small dingy stores tucked away in the corner of the market.

Chai creates and symbolizes a ritualistic kinship and bonhomie between Indians. It is said that the best relation building tool is chai tea.... the hotter and sweeter the better.

This is the ubiquitous lingo amongst the people of Hindi speaking belt. T 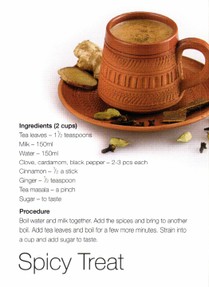 he phrase may be popular as translation in other languages that people of our country speak.

The brew is prepared using branded leaf or dust or tea bags. The small time vendors generally use dust or broken leaves called fanning. Nevertheless this street smart brew out classes all the beverages of the upper crust.

In India all time is Chai Time.

The water is brought to a boil with the leaf added while cold. This brew is boiled repeatedly a number of times some times with addition of varied spices or just ginger and cardamom. In many parts of the country the brew is made sweet by addition of generous amount of sugar.

The brew with spices is known as masala chai and is very popular with the masses. The spices are used as medicine and do accord health benefits. 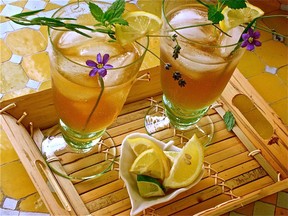 The evolution of tea consumption has taken place simultaneously along with its gain in popularity. Iced tea is one fine example that is now competing with the colas. In this case powered extract is used which is fortified with some relevant flavors and sold through vending machines. The tea lounges have revolutionized the consumption of this hot brew by preparing various concoctions in diverse forms.

The more upper crust varieties of tea leaves are also used in alcoholic cocktails. These are served in top class bars and restaurants. These are almost unheard of amongst the masses and consumed by the elite in European countries. 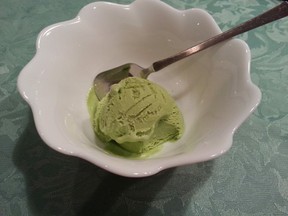 The flavoring is stepping into many domains tea ice cream was unheard of till recent times. Similarly the beverage is consumed with soda and many fruity flavorings all over the World. 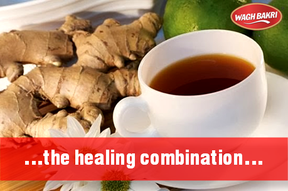 How to Brew Strong Masala Chai?

Make ginger paste about 1/4 teaspoon.
Powder clove and black pepper about 1/4 tea spoon only.
Make the usual chai about four cups and add the ingredients while still on boil.
Add sugar and boil again.
Strain and serve.

We import tea from Kenya and Sri Lanka as per my discussion with the owner of Wagh Bakri Tea Company. India must be importing tea leaf from other countries as well. Alcoholic cocktails containing tea as brewed or extract are unheard of In India.

pateluday, Thank you for the practicalities, pictures, products and recipe.
How does India correct the deficit, where you say "India consumes more than it grow"? What "upper crust varieties of tea leaves" go into alcoholic cocktails?

Thanks all for your views and comments!

A few years ago my blood pressure was at danger level. I gave up coffee, and it dropped a little. On giving up tea it rose higher. Returning to tea saw it reduce again. Phew. Without tea how can an Englishman live? [I am perfectly well now.]

My kids love Chai tea, I prefer green, Oolong and Earl Grey. I drink all tea plain never adding cream or sugar, occasionally I might add honey. I adore the purity of tea, I drink organic. I cannot imagine life without tea, I am Scottish and in our culture tea is a religion, tea is a vital part of life and all it entails there is always an occasion for tea. Tea enriches life.

I'm a fan of masala chai too. This reminds me to make a nice cuppa :-)

Welcome VioletteRose I hope you get to drink the real masala chai. Best Wishes!.

I love tea and I love trying different flavours. But my favourite is always with milk and spices. Nice article on tea! 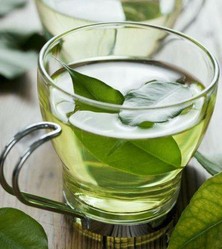