Last week I gave my nephew the Elenco Snap Circuits SCE 300 as a birthday present. It turned out to be a really great choice of gift.

Jerry, that's his name, has loved taking things apart and tinkering since he was about 3 1/2 years old. He sure seems to me like he's a good candidate to become an engineer.

I wanted to find a toy that was going to be both entertaining as well as educational. I think when I found this one I hit a home run.

You should've seen his face light up after he unwrapped it. I don't think I've ever seen anything like it. He was so excited!

After he got the box open and started looking at all the parts he asked me if I would be willing to give  him a hand making his first project. I said, "You know what? I think it might actually be better if you tried your first project all by yourself." At first he wasn't very happy about this answer. I think he was just a little intimidated and lacking in self-confidence. So, off he went to see if he could figure out what you need to do to get started.

Jerry is nine years old and smart as a whip. His only problem is that he's just never been very self-confident. I saw this as a chance for him to prove to himself that he's smart enough to to accomplish anything that he sets his mind to.

Boy, was I right! About two hours later, he came looking for me. He had already managed to get through the first two projects without any help at all from me or his father. He was just beaming.

I never really thought much about educational toys in the past, but getting this for my nephew was one of the greatest experiences of both his life and mine. Now let me tell you a little bit about The Snap Circuits SCE-300.

Why Electronic Snap Circuits Are the Perfect Gift for your Kids This Christmas?

How the company started?

The company originally manufactured convergence generators for TV repairman. From there, they branched out into educational toys and telecommunications. Elenco is now well-known for their snap circuits toys which have garnered them many awards. Among these are:

Here is some information about Elenco, the company behind Snap Circuits SCA – 300.The company was formed in 1972 by two electrical engineers. The name Elenco was derived from Electronic Engineering Corporation. It started out as two men working in the garage. If that sounds familiar to you, it's because it's the same story as Apple Computer. Two guys in a garage. From that  modest start the company has grown into a warehouse and offices complex of 60,000 sq. ft. with 50 workers.

What Other People Say

2. Creative  Child Magazine-Toy Of The Year

This is just a few of the many awards, which have been won by Elenco for their educational toys.

One unusual feature of this toy is that the manuals which are included, are also available online.

The Snap Circuits SC–300 is a wonderful educational toy for anyone from 8 to 80 who wants to learn about electrical circuits.

Do You Think Circuits For Kids Toys Are Cool?

What are Kimochis? Toys with feelings

Educational toys for toddlers besides being helpful in learning arouse curios... 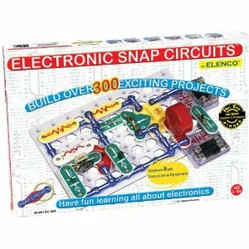 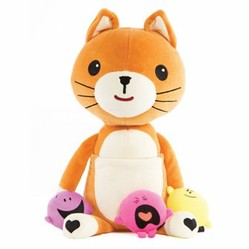 What are Kimochis? Toys with feelings
67%  4   8 WriterArtist
Electronic Learning and Education Toys 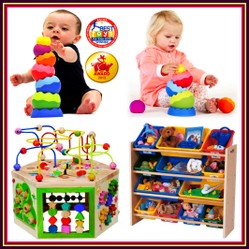 Educational toys for toddlers besides being helpful in learning arouse curiosity and involvement from toddlers. Gift these delightful gifts to the kids for Christmas.
Loading ...
Error!