Over the years encyclopedias have opened a gateway into the world's information. Even with the coming of Wikipedia, it is profitable to explore the other existing encyclopedias.

For thousands of years people have looked up information in encyclopedias. Many people now that Wikipedia is the only encyclopedia that we need. That is a short-sighted view: more encyclopedias give more points of view. Let us explore the history of encyclopedias and look at the variety of encyclopedias (both printed and online) currently available to inform and inspire us.

The Best Encyclopedias in the World

Some of the best multi-volume general encyclopedias in the English language are the Americana, Britannica, Chambers, Collier's, Everyman's, Groliers, and World Book.

Among the important single-volume general encyclopedias in English are the Columbia and Britannica Concise.

In France, excellent multi-volume general encyclopedias include La Grande Larousse and the Encyclopaedia Universalis, and in Germany the Brockhaus and the Meyers.

With the arrival of the Internet, online general encyclopedias (such as Wikipedia) are now rapidly growing in importance.

Online specialized encyclopedias include the Stanford Encyclopedia of Philosophy.

Some of the greatest encyclopedias of the world were published in past centuries.

In ancient Rome, encyclopedic works were written by Marcus Terentius Varro and Pliny the Elder. In late antiquity, Isidore of Seville compiled the Etymologiae (7th century AD), which aimed to summarize all ancient and contemporary learning. In the 10th century the Byzantine Greek encyclopedia, the Suda, was created with around 30,000 articles.

The medieval period produced the Speculum Majus (The Great Mirror) by Vincent de Beauvais and the immense Yongle Dadian Encyclopedia (China, 1408). In the Renaissance Francis Bacon worked on his unfinished Instauratio Magna whose contents were to be presented according to a philosophical scheme.

The modern period saw the publication of L'Encyclopedie, edited by the Enlightenment philosophers, Diderot and d'Alembert (France, 18th century). This encyclopedia's aim, according to Diderot, was to "to change the way people think" and indeed it helped inspire the French Revolution.

One of the greatest children's encyclopedias was The Children's Encyclopaedia (edited by Arthur Mees and originally published 1908-10).

A gift from the French Enlightenment to us

Encyclopaedia Britannica, 9th and 10th Editions
The 9th Edition of the Encyclopedia Britannica is often referred to as the "Scholars' Edition". Its articles were written by many great scholars of the late 19th century.

Recently a number of famous encyclopedias (for example, Britannica and Brockhaus) have announced that they are ending the print version of their work. .

There is no doubt that digital versions of encyclopedias have many advantages, for example:

However, there remain a number of key advantages in having print encyclopedias:

Many people further believe that just one digital encyclopedia, Wikipedia, is all that is really needed. However, there are powerful arguments against this belief, no matter how popular it may be. Consulting more encyclopedias -- especially ones with trusted editors and named contributors -- has excellent benefits:

Wikipedia
The world's largest online encyclopedia. The English-language articles alone are more than 3.9 million in number.

Encyclopaedia Britannica
The English-speaking world's largest general encyclopedia. Britannica announced in March 2012 that it will no longer be issuing print versions but the its digital version will remain available by subscription or for free through various library outlets. Many libraries still have the latest print version.

Encyclopedias are part of the historical record. As such, powerful players, such as government and corporations, work to ensure that their mistakes and misdeeds are expunged from the record, including encyclopedias.

This has happened to the printed versions of encyclopedias in the past. For example, when Lavrentiy Beria, the head of the NKVD Soviet secret police organization, was shot in 1952, the editor of the Great Soviet Encyclopedia mailed subscribers, asking them to cut out the three-page article on Beria and paste in a supplied replacement article which offered a different record and assessment of the life of Beria.

Online encyclopedias are equally open -- or even more open -- to censorship and the rewriting of history, particularly in regard to events which political and corporate leaders regard as embarrassing or as contravening current ideologies. A few taps on a keyboard are enough to remove unwanted facts and assessments disappear from the record with little or no trace. This is happening now (see, for example, these articles from BBC News, CNet, Wikinews and Haaretz).

Articles on Encyclopedias and Information

Damnatio memoriae
Damnatio memoriae is the Latin phrase literally meaning "condemnation of memory" in the sense of a judgment that a person must not be remembered. It was a form of dishonor that could be passed by the Roman Senate upon traitors or others who brought discredit to the Roman State. The intent was to erase someone from history, a task somewhat easier in ancient times, when documentation was much sparser.

A Short History of the Greatest Encyclopedias of Past and Present
The treasure house of ancient, medieval, modern and Internet encyclopedias.

The Six Sins of the Wikipedia
The author argues that Wikipedia cannot survive in its present form.

Top 10 Reasons Not to Donate to Wikipedia
Also check the links at the end of this article.

The Article "Encyclopedia" in the Encyclopedia Britannica, Ninth Edition
Interesting survey of the encyclopedias of various nations up to the late 19th century.

Arguments for and against Wikipedia

Printed versions for your armchair reference

English Literature: A Quick and Easy Guide
English literature is a treasured part of the world's cultural heritage. The novels, poetry and drama in the English language may be enjoyed by us all.

Mozart: The Genius Who Composed The Magic Flute
Mozart's music has never been more popular. Movies have made about the man. So who was Mozart and what makes his music great?
Updated: 01/22/2017, DavidPaulWagner
Thank you! Would you like to post a comment now?
4

Nice article on encyclopedias. It's shocking to see how often Wikipedia is quoted in students' research papers and even books these days. I

I am huge fan of encyclopedias (printed and on-line) and I can also say I can't rely only on one because, they are written by mere mortals and thus error-prone.

I found out a lot of errors in Wikipedia, especially in 'my' field of fairy tales.
The problem of this open project is it is very time consuming, so experts can hardly find time to participate fully. They are there as some sort of consultants or supervisors, but the most of the volume is done by students, volunteers and so one, what means there is sometimes more enthusiasm than knowledge.

After reading first book on theory of fairy tales I also thought I know and understand everything, but after next dozen I know how small my knowledge really is and how debatable are some theories presented in Wikipedia as indisputable truth.

Thanks for sharing this overview.

Thanks, Mladen! I love the Larousse too. There are so many great encyclopedias in languages other than English. For example, the Kindlers-Literaturlexikon -- an encyclopedia on world literature -- beats any similar literature reference work from the English-speaking world, as far as I can see. Please revisit this page if you have the chance as I intend to add more reviews and pictures of interesting and useful encyclopedias from around the world.

I enjoy reading encyclopedias. I have Larousse print edition and Encarta digital edition enciclopedia. I also own few encyclopedias of animal world, plants, medicine... One whole shelf. :)
Nice selection you've got here in this article. 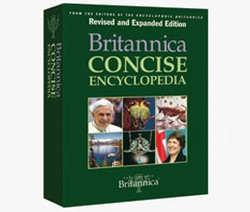