English literature is a treasured part of the world's cultural heritage. The novels, poetry and drama in the English language may be enjoyed by us all.

For more than a thousand years, English literature has been studied and enjoyed by readers the world over. Great works of English literature include novels by Dickens and the Bronte sisters, poetry by Keats, Wordsworth and Shelley, and plays by Shakespeare. Let us together review some of these wonderful literary treasures.

Probably the greatest literary work which survives from the Old English or Anglo-Saxon period is Beowulf. This is a work of epic poetry, which tells the story of the great hero, Beowulf, and his struggles which saved the Anglo-Saxon people from destruction. Written in Old English, this poem achieved the status of a national epic for the Anglo-Saxons, much in the way that the Iliad was a national epic for ancient Greek people.

Two other poets, Caedmon and Cynewulf, wrote in this period.

The invasion of England by the Norman French under their leader, William the Conqueror, in 1066 AD marked the end of Anglo-Saxon England. Many elements from the conquerors' Norman French language were assimilated into the native Anglo-Saxon language, giving rise to Middle English.

Geoffrey Chaucer was the most celebrated writer in Middle English period. His greatest work, the Canterbury Tales, a collection of stories, each one by one of a group of fictional pilgrims en route to Canterbury cathedral. These stories range from courtly to bawdy in tone and remain a wonderful experience for modern readers or DVD viewers (video versions of the Tales were recently made by the BBC to great popular acclaim).

Other great works from this period are the poems Sir Gawain and the Green Knight and William Langland's The Vision of Piers Plowman; Sir Thomas Mallory's Le Morte d'Arthur, a collection of stories about King Arthur; and a number of moving English and Scottish ballads, such as Sir Patrick Spens.

The ending of the feudal Middle Ages and the beginning of the Renaissance ("rebirth") era, in which a new freedom of inquiry and a new interest in classical learning came into vogue, was reflected in English literature. In England the Renaissance overlapped with the Tudor period, including the reigns of King Henry VIII and Queen Elizabeth I.

Under Elizabeth I, England's navigators explored new seas and the country became a world power. The Elizabethan era was also the time of brilliant poets and dramatists.

The poets included Edmund Spenser and his masterpiece, The Faerie Queene) and William Shakespeare (who penned 154 sonnets and two narrative poems). The dramatists included Christopher Marlowe (with plays such as Doctor Faustus) and, again, William Shakespeare (with 35 plays of genius, including great tragedies such as Hamlet, Macbeth, Othello and King Lear, and comedies such as As You Like It and A Midsummer Night's Dream).

To Be Or Not To Be soliloquy

The 17th century was a turbulent period of struggles between the supporters of the monarchy and of the Parliament.

John Bunyan's The Pilgrim's Progress (1678) was a great work from this period. Written in a plain, Biblical style, it tells of Christian's trials and tribulations as he strives to reach the Celestial City.

The Diary of Samuel Pepys is one man's expression of his love for the great city of London. The Diary records his daily experiences and is an important record of life in London in the 17th century, including details about the Great Plague (1664–65) and the Great Fire (1666).

The metaphysical poets, such as John Donne, George Herbert, and Andrew Marvell, wrote important poetry which is still read today.

Modern essays made their first appearance in English literature in the essays of Sir Richard Steele in the periodical, The Tatler (1709–11) and in those of Joseph Addison in The Spectator (1711–12).

Daniel Defoe was a journalist and novelist, whose great novels included Robinson Crusoe (1719) and Moll Flanders (1722).

Alexander Pope was a great satirical poet, famous for his epigrams. His great poems included The Dunciad (1728) and The Rape of the Lock (1712).

Other poets included Thomas Gray (his most famous poem being his Elegy Written in a Country Churchyard) and George Crabbe (especially his political and social satire, The Village).

Samuel Johnson wrote his great English dictionary but even more famous these days is the biography of Johnson, The Life of Samuel Johnson, LL.D. (1791), written by his friend, James Boswell and which records Johnson's interesting personality and wonderful conversation.

The Romantic movement was in part a revolt against the rational and classical ideals of the Enlightenment, a belief in the innate goodness of man and in the oneness of humanity, a reliance on emotion, on individualism, on nature, and on folk history and medievalism as the source of authentic experience.

Jane Austen was an author who lived in this time but whose great novels, such as Pride and Prejudice (1813), were of the realist, rather than the romantic, school.

With Silence and Tears (by Lord Byron)

English literature which appeared during the reign of Queen Victoria (1832-1901) is known as the Victorian era of literature. This was the period of social restraint, scientific advances, industrial revolution, and imperialism.

The psychological novel made its appearance in the Victorian era with the novelists, Thomas Hardy (Tess of the d'Urbevilles) and Samuel Butler (The Way of All Flesh). Other great novelists included Robert Louis Stevenson (Treasure Island),  Rudyard Kipling (Captains Courageous) and Lewis Carroll (Alice's Adventures in Wonderland).

The Changing World of Charles Dickens

This period was characterized by the ongoing development of science and technology, by the rising influence of psychology and the social sciences, and by a loss of belief in religion and old values and conventions in the wake of the catastrophe of the Great War.

In the early 20th century the top novelists were John Galsworthy (The Forsyte Saga), H. G. Wells (War of the Worlds), and Joseph Conrad (Lord Jim).

The Recorded Voice Of Virginia Woolf

English Literature on the Web

William Shakespeare quotes
Selection of quotes from the plays and poems of Shakespeare.

The World's Best Encyclopedias
Over the years encyclopedias have opened a gateway into the world's information. Even with the coming of Wikipedia, it is profitable to explore the other existing encyclopedias.

Mozart: The Genius Who Composed The Magic Flute
Mozart's music has never been more popular. Movies have made about the man. So who was Mozart and what makes his music great?
Updated: 05/22/2015, DavidPaulWagner
Thank you! Would you like to post a comment now?
3

I love English literature. I enjoyed reading Macbeth. I must say I am not big fan of W. Shakespeare (shame on me :D), but I LOVE Macbeth. But I am fan of English modern Literature. Orwell and Huxley left huge impression on my view of the modern world and society. 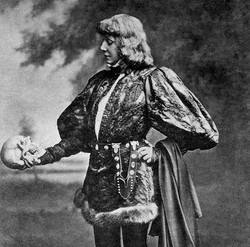