Epiphanies. Some arrive at the very end of your life, "Rattlesnakes are quicker than I thought."

All right, Mr. DeMille, I'm ready for my Epiphany.

I wish I could have studied for my APGAR test.

My first epiphany occurred at approximately 40 seconds after my birth. I say approximately since I didn’t know what seconds were or who the President was or what a President was. I didn’t even know what “a” was. My epiphany: I should probably go with the feeling I had, which I found out in later years was called breathing.

My second epiphany at age 30 was “I will never have an epiphany.” The epiphany pressure was off and my life went on.

At age 40, another epiphany showed up. In a job interview, Mr. Vice President asked, “Where do you see yourself in 5 years?” I cleverly said that I expected to be sitting in his chair now that he was the new president of the company.

That night I reflected on my life and re-read my sporadically-kept journal. Every 5 years, I had taken stock of my position and realized that I was an idiot.

My epiphany at 40 was that I was actually stupid and incompetent right now and didn’t need to wait another 5 years to know it. The second part of this revelation was that I no longer have to keep a journal because I will still be stupid in 5 years.

My next epiphany: “I am a middle management insurance executive who has been out of work for the last year.” A year ago, 98 of my fellow workers and I were laid off. We all felt better because the company president drove 100 miles to give us the good news: “The Company is closing this branch but you have all done a fine job, so it’s nothing personal.”

I’m not bitter anymore and by now he’s probably forgotten about his four flat tires in that late night deserted parking lot.

My latest epiphany: “I am employed and writing a newspaper column called The News from Hogspore, Arkansas, appearing weekly in The Polk County Pulse in Mena Arkansas. I will never be unemployed again because I am a writer … and I have some unflattering candid pictures of the editor.”

Okay, but at least you've kept your sense of humor. That helps. Sometimes.

Funny stuff, but true. Nothing like getting some insight into yourself.

You're right...epiphanies are straaange. They help you realize how stupid you were, or are, or will be. However, your peace of mind increases along the way.

What determines, defines happiness? Is it having the most stuff? Are people ...

You, Me And Raintree

Living a fulfilled life for me is linked to nature, energy, animals and peopl... 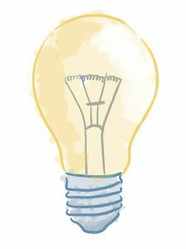 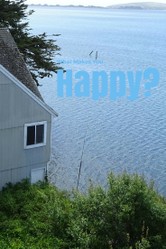 What determines, defines happiness? Is it having the most stuff? Are people living "the good life" happier than those living in a blue colared world?
100%  22   13 Raintree
Lifelong Learning 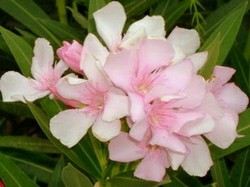 You, Me And Raintree

Living a fulfilled life for me is linked to nature, energy, animals and people I love. Recent changes mean I am starting again a new chapter, with benefit of experiences gained.
Loading ...
Error!