The English Premier league is only a couple of weeks away, so let's take a look at the contender, pretenders, and relegation candidates for the upcoming season.

Last season saw one of the most dramatic finishes to an English Premier League season ever with Manchester City snatching the title away from their cross city rivals, courtesy of a pair of last minute goals. It's tough to see anything topping that dramatic finish, but you never know. Will City retain the title or can United, Chelsea, Tottenham, or one of the others topple them off the top spot?

Arsenal - Oh how the might have fallen. To say that Arsenal are a team in decline is putting it somewhat mildly, especially since their stars have left in droves in recent seasons, with no-one of any note brought in to replace them. The latest one the way out is Robin van Persie who expressed his desire to move on after a closed door meeting with the owners and manager. This could be a very long season indeed for the Gunners.

Aston Villa - Paul Lambert is the new man in charge at Villa Park and fans are hoping that he can work some of the magic that he did in his time with Norwich City. Not likely to contend for the title, but Villa will be looking to land a coveted spot in Europe.

Chelsea - The champions of Europe come into the new season with a few old faces gone and some new ones, most notably Eden Hazard, in the picture. Roberto Di Matteo will take the hot seat on a full-time basis after doing a stellar job as interim boss at the end of last season. The blues will need to show a lot more consistency than they did last year if they want to be serious challengers.

Hit The Field In Style

Fulham -  Probably the least glamorous of the London clubs, Fulham had a decent season last year, thanks in large part to the scoring efforts of US star Clint Dempsey. Manager martin Jol is intent on holding on to the mercurial midfielder, but he looks destines to leave, with Liverpool being his most likely destination.

Liverpool - Despite winning the League Cup last season, Kenny Dalglish was cut as manager and replaced by former Swansea boss Brendan Rodgers. He is probably going to need some time to make the squad his own, so a spot in Europe would likely be deemed a success.

Manchester City - The champions have done what they do best in the off-season and that is to throw money around as though it is going out of style. It's tough to say whether all that money will improve their squad or just add more players that want a lot more playing time. Edin Dzeko is the perfect example of a big money signing last off-season who now wants out due to too much time riding the bench.

Manchester United - Cross city rivals United have remained quiet on the transfer front, although they still seem to be favorites to land Robin Van Persie from Arsenal. Their lack of goals during pre-season friendlies may make that signing all the more welcome.

Newcastle United - Considered by most to be the surprise package of the season last year, Newcastle enter the new season with hopes high.Most of that hope lies on the shoulders of the dynamic striking duo of Ba and Cisse.

Norwich City - New manager Chris Hughton seems determined to put his stamp on the club by bringing in a bunch of new players to complement the squad that did so well last year. Scottish International Robert Snodgrass is the latest addition to the Carrow Road squad.

Queens Park Rangers - This is a team that is probably best known for being the one that gave up two goals in a minute to hand City the title last year. QPR boss Mark Hughes has a veteran squad that is likely to be in the midst of the relegation dogfight all season long.

Reading - The teams that make the jump from the Championship tend to struggle in the Premiership, and that's likely to be the case for Reading. If they can get some goals from big signing Pavel Pogrebnyak, they just might be able to survive.

Southampton - The Saints seem to have lost more players than they have brought into St. Mary's, which isn't exactly anything new for a promoted side. Whether the new signings can gel quickly enough will likely determine Southampton's fate, but they have to be considered on of the favorites to make the drop at the end of the season.

Stoke City - Manager Tony Pulis has done a masterful job of keeping his club in the top flight, as well as guiding them to a cup final. While fans may be looking for their team to take the next step forward, Stoke are likely to maintain their mid-table status in the coming season.

Sunderland - It's been a frustrating off-season for Sunderland boss Martin O'Neill as attempts to strengthen his squad seem to keep running into a brick wall. The latest is their attempt to sign Wolves striker Steven Fletcher, which still hangs somewhat in the balance. Could be problems for the Black cats if they don't get in some fresh blood.

Swansea City - The swans were one of the best surprises of the season last year, playing an attractive brand of football that was enough to keep them up. Old boss Brendan Rodgers may have moved to Liverpool, but the new man in charge, Michael Laudrup, seems intent on sticking to that style.

Tottenham - Spurs have been a team that have frustrated their fans over the past few seasons. On their game they are one of the best in the league, but consistency seems to be a major issue for the London side.Former Chelsea boss Andrea Villas-Boas is the new man in charge, and his first order of business will be to get his team playing well week in and week out.

West Brom - New manager Steve Clarke is going to need all of the experience he earned as an assistant at Chelsea to keep his lads in the Premiership.He has strengthened the squad somewhat and it's going to be interesting to see how he performs in his first full season as a manager.

West Ham - A club with a big history, the hammers return to the top flight after a single season in the Championship. Big Sam Allardyce is the man in charge and he hopes that the club can take a huge step by becoming the new residents of the Olympic Stadium after the Summer Games are over. His thoughts should probably be more on keeping his team up.

Wigan - The Latics survived the drop by the skin of their teeth last season and can probably expect another battle to do the same this year. On the good news front, up and coming young manger Roberto Martinez stayed with the club despite being chased by some much bigger clubs.

Who Will Win The Premier League This Coming Season?

I am a long time fan of Spurs and sincerely hope they can provide at least one title in my lifetime...

Come on you Blues!

Soccer is something that we need

Soccer is a lovely game which gives us action, fun and a lot of friendship. T... 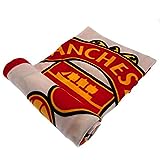 Soccer is something that we need

Soccer is a lovely game which gives us action, fun and a lot of friendship. To play it we need basic equipment. This are soccer cleats, balls, jerseys, shorts and socks.
100%  6   10 KathleenDuffy
Football