Ever After a Drew Barrymore Classic

Drew Barrymore brings this Cinderella classic to life in a beautiful way.

Set in France during a time of kings, courtiers and servants, this version of the Brothers Grimm tale turns Cinderella into a woman of courage and strength. No fragile cinder girl here!

Starring Drew Barrymore, Dougray Scott as the Prince and the amazing Angelic Houston as the evil stepmother, Ever After is a romantic story of love and kharma.

With backdrops of the French countryside and castles, this movie is a visual jewel, giving viewers a glimpse of a beautiful place.

Ever After is well written, directed, cast and shot - bringing it all together for a movie that will stand the tests of time.

One of my all time favorites, Ever After is a beautiful movie

People and scenery make the movie

I'll start with the people.

Drew Barrymore, how could you not love anything this woman does? She's grown up in front of the camera, and while her journey hasn't been smooth, she's pulled through it with grace.

As Danielle, the orphaned girl raised by her self-serving step mother, Barrymore immediately captures the audience with her charm and wit in her first meeting with the Prince, played by Dougray Scott. But it won't be their first meeting, and their second is just as entertaining as their first.

Prince Henry is a spoiled man faced with the trappings of his title. The Prince decides it's easier to run away from his lavish lifestyle and responsibilities than to find a way to take control of his destiny. Meeting the strong willed Danielle, who the Prince knows as a Countess, lets him finally see a purpose to his life.

Balancing her life as a servant to her step mother and step sisters between pretending to be of noble blood when with the Prince proves to be a fine line for Danielle, especially when her step mother figures out what is really going on.

Ever After Set in France

One of the great things about this movie is the scenery. Shot in France, Danielle and her family live in a stone residence on a farm. We're given glimpses of wide stair ways, huge fire places and pay attention when they're in the kitchen. To see how the food is stored and the big fire necessary for cooking is like a blip of a history lesson.

I've seen this movie dozens of times, but it was a whole new experience on my new LG 3D TV. Every thing was new and in much better detail, even things I didn't really want to see. Like lighting equipment and cars - not things that should be in a mid-1500's period piece. I won't tell you where and when to look, I don't want to spoil it for you!

Of course, once I saw the first "what was that!" I look for new things every time I watch it. This isn't the only movie I've noticed these little "oops". But, keep in mind, when these movies were filmed, TV's were not the technological wonders they are today.

Still, the views of the land in the hayfield and down by the river are fantastic. France is one place I've always wanted to visit and Ever After gives me a little glimpse!

I would get off the beaten path

If I Could Visit France

I'd want to see the little places

Ever After doesn't give us views of well known places, probably because the places we know today weren't a part of the landscape of the movies time frame. What it gives us instead is a look at a small village and daily life of the time.

The Prince visits the servants in the market area. There are vendors of all sorts, just like the Farmer's Markets in the US today, and the markets of Europe that have existed for thousands of years. The market in Ever After is small. I picture this to be a fairly historically accurate portraying of what a market would look like at the time.

My dream of visiting France doesn't have the big cities at the top of the list. I want to see the smaller sites, the towns and villages off the beaten path of tourists.

When you need a good cry and a laugh

While Ever After is one of my all time favorite period romance movies, I can't talk about Drew Barrymore without also mentioning Never Been Kissed. A cute movie about a geeky girl who gets to re-do high school and finds love along the way.

Never Been Kissed makes for late night watching or something to have on the tube when cooking dinner or working on a sewing project. Funny, touching and light, you'll be entertained!

A little evil, with feeling.

Admit it, no one can raise an eyebrow like Angelica Houston. If you don't know what I'm talking about, watch the Adams Family. The way the light is played across Morticia's face as her eye brows do the talking - I know, that sounds impossible and a little E.L. James-ish - but really, this woman speaks volumes with her eyebrows. For real.

As Rodmilla de Ghent, Houston uses her facial expressions to the extent. In my humble opinion, no one does this better than Houston. When Rodmilla is seducing her contact within the castle, her hopeful path to putting her daughter on the throne. we're given the full effect of the actresses ability to control her expressions. Priceless.

Drew Barrymore is one of my favorite actresses. Ever After is my #1 Drew Barrymore movie, but she's so much more than Cinderella!

Other Articles by Nanci Arvizu

NanciArvizu, There's so much history in the Dordogne, where Ever After was filmed. I can understand why watching the film would make you want to go to small-town France. It's particularly beautiful and fun to drive, hike, sail through coastal and near-coastal France 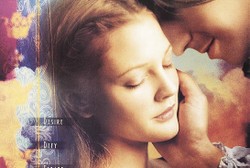 A gripping little movie about temptation and fidelity in a loving relationship, from writer-director Massy Tadjedin. Wonderful acting from all the leads. Very few spoilers.
94%  16   8 Mira
Romance 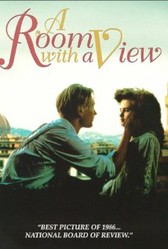