T-Shirt sayings can be cryptic, funny and offensive. Is it okay to fight fire with fire?

I read aloud the words on a man's t-shirt and asked if he thought it was funny. He did. But when I asked if he thought my idea for a t-shirt was just as funny, he didn't think so. It made me wonder, why is it okay to pick on one group of people, their lifestyle, beliefs or culture, but not another? And by "another," I mean a specific slice of the population who, from my perspective, started it.

Sayings like, don't start what you can't finish, or, if you can't take the heat, stay out of the kitchen, come to mind when deciding to confront those who are rude and insensitive. But when it comes to having to appease their suddenly thin skin when they find themselves being treating as they've treated others, I find myself thinking, "If you can't take it, don't dish it out."

Or in this case, stop wearing that t-shirt.

Before You Get Worked Up

Before you get worked up over my choice of words so far, please hear me out. There's a story behind this that I hope you'll get a chuckle out of, and possibly a little understanding of empathy.

While on the subject of empathy, I'd love for you to take 19 minutes of your life and watch the video below. In this TedX Talk, Sam Richards gives a truly in your face lesson about empathy. I dare you to watch it.

I posted this to my facebook feed and had a lot of people - of a certain type - "unfriend me" which I found to be sad and interesting in so many ways.

A Radical Experiment in Empathy

Not everyone will be able to handle this. 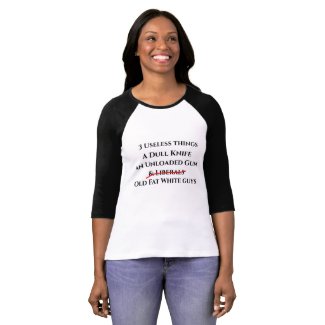 The Story Behind The T-Shirt

The current political landscape has changed me.

I'm a born and raised Republican. My grandfather must be going crazy over this.

As a woman, the Republican party has become too conservative, invasive and disgustingly hypocritical mostly in the way of "now that I've had mine (birth control, abortion, public assistance or forgiveness) I'm going to take it away from you."

I won't go into my own politics here other than to say women don't get pregnant on their own. Start holding men accountable for getting women pregnant, and make those consequences REAL. Then we can talk.

I'm identifying more as a Liberal than a Democrat, but mostly, I am a woman who has heard, seen and experienced enough to know it is time for change. Real change.

Back to the Tshirt.

I bought a gun. I've never been opposed to gun ownership, my family has a few. We're safe with them, we practice with them. But until last November, I personally did not own one.

I immediately signed up for classes. My decision to own comes with the goal of one day being secure enough in my training to carry the gun on me at all times. It may sound crazy, but I have my reasons.

So here I am in a class, Defensive Handgun 101, about a week before Christmas. Ownership, not just of the gun but of the bullets discharged when the trigger is pulled, are discussed. The question of, in the moment, when you are being threatened, can you, will you pull and use your weapon? The instructors were very informative and I came away with a lot of information to digest.

The class included an hour of range time with the instructors. The range master went over the rules. He finished and asked if there were questions.

Having sat in the front row of tables in the room and I had not had a chance to see my classmates until we were gathered around the range master in a circle. It was me, another woman, and about 15 mostly older, mostly heavy, white men. This description works for the instructors too.

Across the circle from me, surprise, surprise, is an older, heavy, white guy. He's round as many of them are in these parts. He's got bright white hair that glows against his sunburned scalp (and there is more scalp than hair) and it's going off in crazy directions. It looks like white fire burning on a big red clown nose. He reminds me of Nick Nolte's mug shot from a few decades ago, only this guy is older. Much older.

He's wearing a bright red shirt with white writing. It was Christmas so of course the colors, as well as the way the guy looked - short, fat, with white hair... - drew attention.

My hand went up and the instructor pointed to me. "What's your question?"

"It's completely off-topic so I won't mind if you don't want me to ask."

"No, go ahead," the instructor replied.

I point to the guy in the shirt. "You think your shirt is funny?" I read it out loud:

"3 Useless Things:
A Dull Knife
An Unloaded Gun
And Liberals"

The group of men snickered. It wasn't a loud laugh, but it was enough for them to express their agreement.

"Would it be just as funny," I continued, "if I had on a shirt that said;

The men started to snicker. As their brains connect the dots between the words of my question, I only wished I could have been videotaping the moment. Watching their faces change from the polite snickers - they were only prepared to laugh, not to listen - to confusion as they realized I'd just said something slightly offensive and specifically about them, was priceless.

I say slightly offensive because I can't imagine my t-shirt saying being any more or less offensive than his. Maybe I was pointing the finger at a group that is too sensitive for such things?

No one answered and all eyes were now on me.

I laughed and shrugged, "I guess not!"

Then I went over to my station and started loading my gun.

And, just so you know, I hit the target more often than the old fat white guy in the t-shirt.

Before You Go Off

There are a lot of shirts out there with saying I might find funny but the next guy might find offensive.

This is another right held by all Americans.

We can, and will say what we want to.

We will offend people with our words as we attempt to do whatever it is we are trying to do, even if it is to cover a protruding gut with cotton. It's a fact of life, you can't please everyone all of the time.

So before you go off, telling me how offensive my saying is, please do your research. I'm sure there are things you might think are okay, but I won't. It doesn't mean either one is more right or more wrong. They're just different points of view, beliefs, or boiling points.

Bottom line, we as humans are going to have to figure out how to live on this planet, together, not just despite our differences but in the genuine joy those differences bring.

To find common ground, we must be able to listen to and understand each other. We must know our history. We must all believe it is possible to live peacefully on this planet.

I hope you take a moment to watch the video above.

Where are you really from?

The political landscape has changed everyone.

Before you go and attempt to rally against another person's beliefs, hear them out. Take notes. Ask questions. Separate the fact from the fiction, and I don't mean by watching only one cable tv network. For every minute you spend watching one, spend an equal minute giving your attention to the others. Do your own research. Keep your own records. I've toyed with the idea of doing just that. When something comes up that I feel needs more explanation, I could find and link to the answers. Then when I'm drawn into such discussions, I would have evidence to display right then and there and avoid the hypothetical and hyper-word-vomit that flows from those unable to back their mad hatter beliefs when confronted with what is real.

But if there is one piece of advice I wish everyone, including myself, could take: Let's be less emotional about this. Yes, we're passionate about what we believe in and hope for. But the yelling and name calling are not productive. I can't tell you how many times I've had to ask someone, even close family members, to calm down and stop shouting at me. Yelling your beliefs won't make me accept them. Giving me facts in a calm and controlled manner will at least let me hear you out. And I know you wouldn't want me shouting in your face. Would you?

Getting to The Heart of Racism
There is no way around it. Racism exists in our world. It exists because people continue to make it so.

Do You Share?
How important is sharing content you read online? What does sharing have to do with success?

Who Is Happy?
What determines, defines happiness? Is it having the most stuff? Are people living "the good life" happier than those living in a blue colared world?
Updated: 02/15/2017, NanciArvizu
Thank you! Would you like to post a comment now?
4 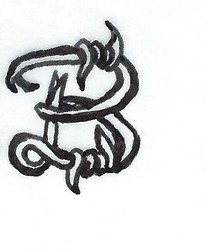 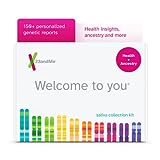