A preview of the FA Cup Final between Arsenal and Hull City at Wembley Stadium on Saturday 17 May 2014.

High flying Arsenal face Premiership strugglers Hull City at Wembley Stadium on Saturday 17 May 2014 in the FA Cup Final. Even though Arsenal are clear favourites, cup finals have been known to produce unexpected results, something the Gunners are well aware of having lost to Birmingham City in the League Cup Final three years ago.

Arsenal and Hull City go head-to-head in the showpiece finale to the English football season – the FA Cup Final at Wembley on Saturday 17 May 2014.

Arsenal come into this game on a run of five straight victories, which helped them cement their place in the Champions League for next season, a place that at one point looked under threat from Everton. In contrast, Hull City have drawn one and lost four of their last five games, and in fact haven’t won since knocking Sheffield United out in the semi-final of the FA Cup. The most recent league win was against Swansea City at the beginning of April. That one draw was important, being 2-2 away at Fulham after being 2-0 down; the solitary point guaranteed Hull’s survival for another season in the Premiership.

The two managers could not be more different. Former Manchester United player Steve Bruce only took over the reigns at Hull in June 2012, and this will be the seventh club he has managed. In contrast, Arsene Wenger has been in charge at Arsenal since 1996 and it is only fourth team the Frenchman has managed. He is the club’s longest serving manager and the most successful in terms of major trophies. March this year saw his 1000th game in charge, though it is probably an occasion he’d like to forget as they lost 6-0 away at Chelsea.

Arsenal’s Route to the Final

Arsenal’s FA Cup run got off to a perfect start with a 2-0 win over north London rivals Tottenham Hotspur. They followed this with a 4-0 thrashing of Coventry City from League One. Next up was a much tougher task – Liverpool at home – but the Gunners came out 2-1 winners. This brought a quarter-final against Everton, which was surprisingly comfortable at 4-1. The same cannot be said for the semi-final at Wembley against Wigan Athletic where Arsenal needed a late equaliser from Per Mertesacker to take the game into extra-time after Wigan had gained the lead from the penalty spot. There was no further scoring in extra time and Arsenal won the resultant penalty shoot-out 4-2.

Hull City’s Route to the Final

Hull City started their campaign with an away trip to Middlesbrough, where they came out 2-0 winners. The same scoreline saw them dispose of Southend United in the following round, though they needed two second-half goals by Matt Fryatt to secure victory. This brought an away tie at Brighton, which looked like slipping away from the Tigers after Brighton went 1-0 up in the first half, but an equaliser from Yannick Sagbo with five minutes to go secured a replay, which Hull City won 2-1. This led to a home quarter final against Sunderland, which was deadlocked until the 68th minute when Hull scored the first of three goals in nine minutes to win the tie 3-0. The Wembley semi-final against Sheffield United produced a goal feast in a match in which the Blades were twice in front but eventually lost 5-3.

Previously for Arsenal vs Hull City

Arsenal were 2-0 winners when the sides met at the Emirates in the Premiership in December thanks to goals from Nicklas Bendtner and Mesut Ozil. Home advantage did not help Hull City in the return leg in April, when this time Arsenal ran out 3-0 winners thanks to a brace from Lukas Podolski after Aaron Ramsey had opened the scoring.

Arsenal are obviously clear favourites to win this game, but they were in a similar position the last time they reached a Wembley final – the League Cup in 2011 – which they ended up losing to Birmingham City.

For those who fancy a flutter, Arsenal are odds-on to win in ninety minutes at around 1/2 and 4/9, though 8/15 is available. Most bookmakers have gone for either 6/1 or 7/1 for Hull City to do the same. A stalemate after ninety minutes fetches odds of 3/1 or 7/2.

What’s in a name?

Hull City fans have been in a battle with the club owner Assem Allam, who has made clear that he wants to change the name to Hull Tigers. This was a tricky one for Hull fans trying to preserve the club’s traditions as they know that without Allam’s money the club would not be where it is today and, in fact, might not even exist. The FA rejected the proposed name change in April this year, but Allam has vowed to fight on and is likely to resubmit the proposal next year.

He believes that if successful he will trigger a run of similar name changes from other clubs, and the progress is being watched with interest in south Wales where Cardiff City owner Vincent Tan has already angered his supporters by changing the club strip from blue to red. Could he be considering Cardiff Dragons as a future name? Millwall to become Millwall Lions is also a possibility, though it will probably be a long time if ever before names such as Everton Toffees and Manchester Red Devils grace the Premiership. But what about Arsenal Gunners or even London Arsenal?

Sevilla and Benfica will meet in Turin on 14 May 2014 for this season's Europ... 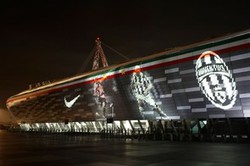 Sevilla and Benfica will meet in Turin on 14 May 2014 for this season's Europa League final.
50%  1   8 SteveRogerson
FIFA World Cup