Facebook The Generation X,Y CB Radio In HD? A Comparison Of Social Networking Digital and Analogue

This article will take you on a ride through a perceptual contrast between social networking activities, and the CB radio, one of the coolest social networks before the web!

In the days of Dukes of Hazard and Smokey and the bandit, CB's were a great way to communicate with anyone in range. Entire communities were built on the airwaves and people were drawn to the social extravagance of talking, inventing languages (and inflections) not found in their day to day voices, and more. Your avatar was your radio voice, your reputation was how accurate your statements/information was/how much you showed up and was recognized/branded of a sort, how helpful you were (even to brighten everyones day), and your "handle" was what put an image in peoples minds of your personality and even how they perceived you looked!

It was fun because it had mystery built right in. It's better to not be given all the information sometimes, it stimulates an endogenous human trait- creativity and visualization/imagination. All things come from the minds ability to picture it and articulate it. CB Radios (CB stands for Citizens Band) just stimulates this vital tool in your mental arsenal! Now Let's compare the CB Radio "Social Network" of yesterday (and still today but less publicly advertised or in movies like "Smokey and the Bandit") and today's online social networking leader, for better or for worse, FaceBook.

Let's Start With The CB Radio Then Contrast

On CB radio bands you have to consistently prove yourself when you speak by abiding by social CB etiquette. It was a cleaner (as in less boring, useless ranting) more entertaining form of communication with strangers. It marveled in curiosity and stimulating the imagination so much I'd like to think writers block could be cured by simply spending a few hours talking to people there!

You don't realize just how much you DON'T want to know about your social circles lives until you endure several weeks of horrendous uneventful facebook feeds.

I can't even log into facebook because I fear it will ruin my mood with all the complaining and opinionated statements people "post" there. Just "exposure" to my feed can be detrimental to my health!

I could control this but have you ever tried to remove a negative "family" member from your account, or ignoring their posts and they ask you about something one day they said... it's too much responsibility to handle in my relaxation zone- personal time.

The negative or not so thrilling posts are not even aimed at you but it affects you nonetheless. People have found a way to expand their annoyance to the degree that they can post once and annoy everyone they know but at different times, at their convenience that is! Even when they are no longer even aware that post exists it's affecting people negatively! CB conversations are in real time so if you miss some annoying post, er- broadcast, you got lucky! FB makes you a moving target if you ever check it!

FB gives someone way too much power to franchise their annoyance. The CB radio didn't have this issue, if they did, it was like a spam post in the wizzley forum- the community squashed it, fast (often by changing channels discussed in other conversations newbies weren't in i.e. if we get a troll switch to channel 14. That was like changing chat rooms!

Although there are always points where someone annoying gets in there and nothing will stop them unless they break the law (there are things you CANNOT say or do on a CB frequency/band). You can just turn it off or change channels at the first onset of BS, but facebook puts it in your face... and if you want to see what everyone else said you have to pass it.

Unlike the CB radio people take many more liberties to just fleshing out anything they're doing from eating a hotdog to something as benign as "I'm sitting on my porch". The feed has become Twitter 2.

There are even apps for your phone that tell people where you are- so why are people still listing a location when they have four square armed?

Quick Start But Comprehensive Guide On CB'n and a great CB Slang dictionary!

In the CB era, we weren't too concerned with where people were other than them being in range to join the CB party line. We didn't stalk ex-girlfriends or boast about boring rhetoric, we only talked about things we knew were communally acceptable and stimulating, or at least stimulating if not cordial.

People thought before they spoke, for the entire community wouldn't hesitate to put you in your place if you were polluting the airwaves! This isn't to say people weren't arrogant and abrasive, but they at least did it in an entertaining fashion.

It seems the times have become somewhat too fast and furious for vividity. It seems the resolution of what we can see on a computer from a movie to a powerful piece of software is increasing at an alarming rate.

It's also robbing us of actually using our minds, compartmentalizing what we throw out into the public eye all willy nilly and our common sense to realize that nobody, not even your bestie, gives a darn about the intricate personal details of your minds inner workings about how sitting on a porch is so cool for you.

But this article isn't about complaining about Facebook or the world on fast forward. It's actually an intriguing contrast between the way this generation entertains themselves where social prowess is concerned. Personally I want to dive back into the CB era for a few hours a day in my car, just to return to my imagination.

Now That's An Idea! Turn A Normal Call Into A CB Conversation, it even requires push button action!

Since you can't see, only hear voices of people, your imagination has to paint the picture of what they look like, and that's a great interaction with your mind. Curiosity is a stimulant and CB is a trigger.

The internet is a valuable tool but it's robbing us of our imagination simply because unless you actively write articles or something productive (vs. stumbleupon-ing all the time, every second of the day) you're essentially not doing much more than "watching television". Your brain goes to mush!

It's ironic that the very thing that tends to stimulate our imagination is the same thing clogging it up. Although we are stimulated in the moment of seeing something cool or relating to a situation on a Youtube Video, the fact is by the end of the day you're so overwhelmed by these memories, these thoughts, and all the focusing that you can't even vividly enjoy any one thing! This overstimulation also nurtures that "my brain won't shut off" when it's bedtime and you can't make the transition between awake and recharging your batteries.

Multitasking dilutes you if you're not engaged in productive actions...

Some have used the Citizen's Band (CB) to generate community gatherings and even charity events being organized over the radio.

It was and still is (just less advertised since the advent of the cell phone and mobile hotspots taking communication way outside the "bandWidth of the CB Radio) a fascinating way to take long road trips- popularized, actually, by the long haul truckers using this as a way to stay awake, keep their energy up (through stimulating conversations over the CB bands) and maintain a social presence of a sort.

Still in use today, CB radios are a lot of fun but there is a reason they are more fun than say surfing the web while taking a road trip (as a passenger).

The element of dynamicity and limitations of the CB radio actually simplify the equation. Frankly I'm surprised they aren't a feature in smart phones!

Could you imagine that?

Likely due to licenses required to use the CB (how they moderate whose causing trouble).

Truckers would actually meet up with the locals in "truck stops" and share war stories of the highway ongoings.

If there is one thing we need a break from these days it's the ultra complex multitasking hell most of us find ourselves in. Just make sure if you get on the CB you don't piss anyone off. Have you seen the movies about the kids who upset a trucker and he found them? (see trailer below):

In a way, Facebook and all those social giants (yes even My_Space), have become the modern incarnation of the CB radio only in super HD. Those of us who grew up before the internet and cell phones set in fully (I was 18 when this all started) remember a time where we had brain power to spare and we used it to explore our vivid imaginations, some with CB's.

So are CB's a prehistoric internet? Maybe. They are fun, and anyone (over 18 I think) can get one, get licensed (know the rules sign a paper acknowledging you read the manual, and understand the repercussions of your words/actions), and enjoy the adventure. It's fun even inside the house to have one playing and randomly scanning until someone is on. It's like a police scanner you can interact with! It's more fun on long road trips as you can find locals on their CB radios and maybe get some information about the area or what's going on in town i.e. clubs, restaurants etc...

Have fun! Thanks for reading my article, comments appreciated!

Impact Of Hurricane Irene In My Town

Flashmob has recently been described by the BBC as a new phenomenon. You migh... 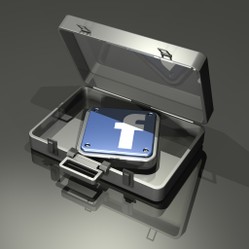 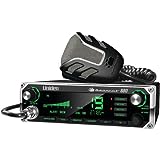 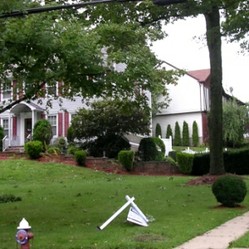 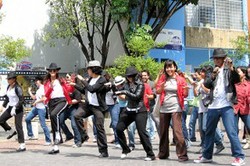 Flashmob has recently been described by the BBC as a new phenomenon. You might see that as the end call for flashmob.
Loading ...
Error!