One cannot imagine Christmas without fairies. Fairy tales for Christmas are the best gifts for kids.

We know that fairy tales have existed for a long time. For how long? We are not sure of the origin, sadly we do not have the records of ancient civilizations. We started recording say from past ten or twenty decades. We did not possess means and technology to protect our literature.

So most of the ancient literary works have propagated through word of mouth. The evolution of fairy tales and the trends of storytelling remained with our forefathers and they preserved it in their heart from one generation to other.

The Origin of Fairy Tales

Although it remains a mystery to trace the origin of when exactly human beings developed the ability to tell a tale, it seems likely that they had started telling stories the moment they discovered they could speak. The speech revolution is by most an important revolution in the history of mankind.

It gave rise to a world of the imaginations, fantasy opening new horizons for the people. The ability of humans to narrate an anecdote by which the fiction was born, the capability to make a rhyming world through which poetry was born and the ability to compose music that gave rise to songs –melodies were born.

Developing of Reading and Writing

Our ancestors learnt to use sign language long before they could communicate effectively.

They also used pictorial representations of objects to exchange information.

Conversing effectively through pictures and symbols, they invented the coarse form of the language that they had to master sometime later.

Interestingly every place on earth evolved with different languages, and therefore we see so many languages co-existing every tens of miles.

Though many ancient languages have got lost due to lack of preserving material we still can find the traces on stone carvings.

It is amazing to know that somewhere down the path of language explosion there was a parallel discovery of writing.

As the language involved, there were attempts to put those ideas in order through alphabets, words and phrases.

Without the ability to write, most of our fairy tales would have eloped us further.

Folklores, myths and legends could survive in some form in writings at some point of our evolution.

Language – A Bridge to Connect Tales

The amazing invention of language formed the basis of narratives that could be used further in the form of literature, poetry and books. People started telling stories to communicate information because it was easy to grasp the essence in applied form instead of just plain text. Lessons and teachings in writing started to emerge and folk tales, poetry was born.

Fairies in the Story

It is interesting to see that fairies have emerged as miraculous, fanciful beings that possess magical powers. They appear magically to expedite the expectations. There is suspense, drama and climax due to the faeries who transform the outcomes most unpredictably in favour of the protagonists. However unreal they seem, they make the stories fun and that is what more important.

Kids believed it, people believed them in good old days and there is no reason why people from today believe the miracles. Because miracles happen and when there is no logical explanation of the consequences it is attributed to angels and fairies. And what is wrong in doing so – the tales emerging are from realities, the crude imaginations that were dreams yesterday are facts now.

Do you believe in fairies?

No - It is in the imagination of people

Not in reality, but definitely in my imaginary world :-)

The fifth sentence under your subheading, Story Telling, indicates that "Every 20 miles apart, there is a twist in the language or the language has changed altogether."

Would this distance have been true anciently and modernly?

I love fairy tales, and I think they make a great gift at Christmas. As for fairies, some people in various cultures do believe in fairies. I was reading about this just the other day (a collection of accounts from a region in Romania). Pinning onto my Christmas boards

I used to love reading them as a child, but, like so many other things, life gets in the way.

I haven't read any since reading them to my children or when I was a child. Some are pleasant, some are really quite scary when you think about it. They are a great gift idea for those who enjoy them.

Musical, Pictures Books and Coloring Pages of Snowman for Chri... 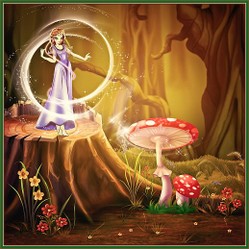 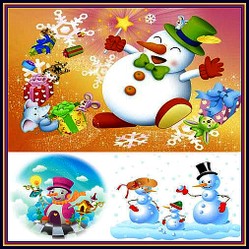 Musical, Pictures Books and Coloring Pages of Snowman for Christmas 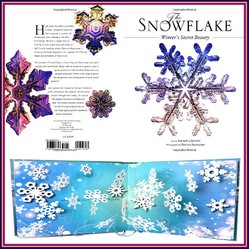 Snowflakes poems and tales evoke interest, creativity and imagination in kid’s mind. Stories and poems that you will love to read aloud.
Loading ...
Error!