The quarter finals of the 2014 Fifa World Cup are due to be played on 4 and 5 July. A look at the matches and who are favourites to go through.

Some are already saying the 2014 Fifa World Cup has been the best yet, and there has certainly been some excellent games and great goals, and more goals already than were scored in the 2010 World Cup. Even the USA has caught World Cup fever as they watched their side put on an amazing display that won many friends but sadly for them not the match against Belgium. So eight teams left, let's look at their chances.

The 2014 Fifa World Cup has reached the quarter-final stage with eight teams battling to be the world champions. The round of 16 saw the end of another past winner, as Uruguay lost out to Columbia, but that still leaves three past winners – Argentina, Brazil and France – plus Germany, who have won it as West Germany, in the final eight plus three-times beaten finalists Netherlands. Also in the hunt are Belgium, Columbia and Costa Rica.

The round of 16 went with the betting, with the favourites in each match winning, but some were very close with extra time and penalty shoot-outs.

France’s 2-0 victory over Nigeria in the round of 16 might sound comfortable, but the game remained goalless until ten minutes from time when a header from Paul Pogba broke the deadlock. The goal was also significant in that it was the 146th of the tournament and meant that more goals have been scored this time than in the complete World Cup finals last time out in 2010. France’s second goal was an own goal by Nigeria’s Joseph Yobo in injury time.

France started their group campaign with a 3-0 victory over Honduras and followed that with a 5-2 win over Switzerland. They drew the final match 0-0 with Ecuador.

Germany battled hard against Algeria in the round of 16, but no goals were scored in the ninety minutes, taking the game into extra time. And then they struck through André Schürrle just two minutes after the kick-off. When Mezut Ozil added a second with a minute to go, Germany were through despite an injury time consolation goal for Algeria.

Germany started their group games with a 4-0 destruction of Portugal, but in match two they were held to a 2-2 draw by Ghana. Needing only a point from their last match against the USA, they went in relaxed and ended up winning 1-0.

Germany are favourites to win this in ninety minutes with 6/4 being the best available. France are only slightly longer at 23/10, with the same odds available for the draw.

Brazil had the home fans’ nerves on edge as they only won their first knock-out game on a penalty shoot-out. They took the lead in the 18th minute through David Luiz but Chile equalised before half time through Alexis to take the match into extra time. Chile nearly grabbed the glory seconds before the end of extra time when Mauricio Pinilla hit the bar. Brazil won the shoot-out 3-2 with Chile’s Gonzalo Jara making the crucial miss.

Columbia had it a lot easier in their round of 16 match as they cruised to a comfortable 2-0 win over Uruguay thanks to two goals by James Rodriguez, the first of which has to be a contender for goal of the tournament. Uruguay without the banned Louis Suarez lacked any real bite. Columbia won all three games in their group, beating Greece 3-0, Ivory Coast 2-1 and Japan 4-1.

Brazil are odds-on for victory in ninety minutes with the best available being 13/15 though most are offering 5/6. For Columbia to do the same is around the 15/4 mark with the draw ranging from 11/4 to 14/5.

Argentina survived the round of 16 by the skin of their teeth with a 1-0 victory over Switzerland, the only goal coming two minutes from the end of the second period of extra time when Angel Di Maria hit a stunning finish following a lovely run by Lionel Messi.

Argentina won all three of their group games, but none convincingly. They started with a tough 2-1 win over Bosnia-Herzegovina and then were held for 90 minutes of goalless football by Iran before Lionel Messi scored a wonder goal in injury time to break the deadlock. They won their final match against Nigeria 3-2.

Belgium won an edge-of-your-seat extra time battle 2-1 against the USA in the round of 16 after regular time finished goalless. Goals from Kevin de Bruyne and Romelu Lukaku sealed the victory. In the group games, they opened with a 2-1 win over Algeria and then beat Russia and South Korea both 1-0.

Argentina are evens to win this in ninety minutes with Belgium out at 3/1. The best odds for a draw are 12/5.

This is Costa Rica’s first appearance in a World Cup quarter finals and they have been the surprise package of the tournament so far. They were in a group with three former winners and many thought they’d be lucky to get a point, but wins over Italy and Uruguay and a draw with England saw them top the group and earn a round of 16 tie against Greece.

This looked to be going well when Bryan Ruiz put them ahead shortly after half time. But a quarter of an hour later Oscar Duarte was sent off for a second yellow card. This triggered a wave of Greek pressure that paid off when they equalised in injury time. There was no further scoring in extra time and Costa Rica then scored all five of their five penalties, meaning that Keylor Navas’ save on Greece’s fourth penalty sent Costa Rica through.

The Netherlands looked like they were going out of the tournament in the round of 16, a goal down to Mexico in the blistering heat of Fortaleza. But Wesley Sneijder rocketed an equaliser on 88 minutes to unlock a tight Mexican defence and Klaas-Jan Huntelaar converted an injury-time penalty to send the Dutch through.

Despite Costa Rica playing well, the bookmakers do not fancy them to go any further with odds of 6/1 or 7/1 for them to win this in ninety minutes while the Netherlands are odds on to do the same with 1/2 popular. For a draw, 10/3 is common though 7/2 is available.

Draw for the Semi-Finals

The losers of the two semi-finals will play in the third-place play off in Brasilia on Saturday 12 July. The winners will meet in the final on Sunday 13 July in Rio de Janeiro.

Favourites to Win the 2014 World Cup

Brazil are still clear favourites to win the cup with odds of 11/4 with Germany now second favourites at 7/2. Argentina are at the 4/1 mark and with what on paper looks the easiest quarter finals match Netherlands have dropped to 5/1. France come in at 8/1 and both Belgium and Columbia are rated at 12/1. Costa Rica are the outsiders with a spread of odds from 40/1 to 66/1. 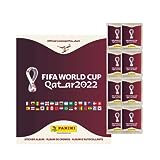