The group games are over and so to the knockout stages. A look at the eight matches in the Round of 16 with football betting odds.

The 32 teams who made it to the 2014 Fifa World Cup finals in Brazil have now been halved to 16 by the two weeks of group games. There have already been tears, laughter and controversy, but expect more of all three as the knockout stages begin with the Round of 16. The bookmakers fancy Brazil and Argentina to pull off a South American victory and Germany are the favourites from Europe.

The group games are over and so the 2014 Fifa World Cup enters the knockout stage. The 32 teams that reached the finals have been whittled down to just 16 and now they go head-to-head in eight matches to decide who will progress to the quarter finals. Each match has to produce a winner, using extra time and penalties if necessary.

The biggest casualty from the group games was reigning World Champions Spain, who lost their opening two games 1-5 to the Netherlands (who they beat in the final in 2010) and 0-2 to Chile. Group D also lost two former winners. With three former winners in that group, one was bound to go but Costa Rica proved to be a surprise package and qualified. England were the first to learn their fate after losing 1-2 to both Italy and Uruguay in their opening games. A goalless draw against Costa Rica ended their campaign. Italy also failed to qualify despite winning their opening match against England. Losses against Costa Rica and Uruguay left them third in the group.

As expected, Brazil won their group starting with a 3-1 victory over Croatia. They followed this with a dull goalless draw against Mexico before a relatively easy 4-1 destruction of Cameroon.

A comfortable 3-1 win over Australia followed by an impressive 2-0 win over World Cup holders Spain ensured Chile’s qualification to the knock-out stages, but they ended their group matches with a 2-0 defeat at the hands of the Netherlands.

Brazil are odds-on favourites to win this with odds down to 8/13 to win it in ninety minutes. For Chile to do the same, there are odds as good as 21/4. Most bookmakers have gone for 10/3 for the match to go into extra time.

When Uruguay lost their opening match 1-3 against Costa Rica, many thought this was not going to be their year, but they got their act together and beat England 2-1 and Italy 1-0. However, that final victory was overshadowed with controversy when Luis Suarez again appeared to bite an opponent. Suarez has now been banned from the rest of the World Cup.

Columbia are evens to win this game in ninety minutes with Uruguay outsiders at around 3/1. And 5/2 can be got for the match to go into extra time.

The Netherlands got off to an amazing start with a 5-1 thrashing of World Cup holders Spain. They then found themselves behind to little fancied Australia before rallying to win 3-2. They clinched their group with two late goals to beat Chile 2-0 in the final match.

The highlight of Mexico’s group games was holding tournament favourites Brazil to goalless draw; the game was dull but Mexico came away the happier having already secured a 1-0 win over Cameroon. This took it all down to the last match, but Mexico prevailed 3-1 over Croatia.

Most bookmakers have gone for 11/10 for the Netherlands to win this in ninety minutes though 15/13 is available. For Mexico to do the same, the odds are around 14/5, with 5/2 available for a ninety-minute stalemate.

Costa Rice were the real surprise package in the group games. Before the tournament started, many thought they wouldn’t get a point in a group with three former winners. But they opened up with a 3-1 win against Uruguay and followed it with a 1-0 victory over Italy. Already qualified, they rested some players in the final match against England and drew 0-0.

Greece failed to score in their first two games, losing 3-0 to Columbia and drawing 0-0 with Japan. And as their final match against Ivory Coast went into injury time it was 1-1 and Greece were out. But a last gap penalty meant they won the game 2-1 and have reached the knockout stages of the World Cup for the first time in their history.

Most bookmakers have settled for 6/4 for a Costa Rica win in ninety minutes with 23/10 for Greece. Odds for the draw are around the 2/1 mark though 11/5 is available.

France started their campaign with a 3-0 victory over Honduras and followed that with a 5-2 win over Switzerland. Already qualified, their goal-scoring prowess seemed to desert them as they could only manage a 0-0 draw with Ecuador in the final group match.

Nigeria started their campaign by being held to a goalless draw by Iran before beating Bosnia-Herzegovina 1-0 in the second match. This left them needing a point against Argentina in the final match to guarantee qualification. They didn’t get it, losing 3-2, but the other match in the group saw Iran lose to Bosnia-Herzegovina and thus Nigeria sneaked over the line as runners-up.

France are odds on to win this in ninety minutes with 8/15 being the best available. For those who fancy a Nigerian victory, 6/1 is popular but strangely 113/17 is available. Most bookmakers have opted for 3/1 for it to go into extra time.

Germany announced their arrival in style with a 4-0 destruction of Portugal in their opening match, but it didn’t all go to plan in match two when they were held to a 2-2 draw by Ghana. Needing only a point from their last match against the USA, they went in relaxed and ended up winning 1-0.

Despite losing their opening game 2-1 to Belgium, Algeria have ended up making the knockout stages. Their one win in the groups was 4-2 over South Korea and they finished the group games with a 1-1 draw against Russia.

Don’t expect to make a lot of money on Germany progressing as the odds are around 1/3 for them to win in ninety minutes with Algeria out at 9/1 or 10/1. And 4/1 and 5/1 are available for the match to go into extra time.

Three wins out of three may look comfortable for Argentina but the reality was anything but. They started with a tough 2-1 win over Bosnia-Herzegovina and then were held for 90 minutes of goalless football by Iran before Lionel Messi scored a wonder goal in injury time to break the deadlock. Already qualified, they won their final match against Nigeria 3-2.

Switzerland started well, beating Ecuador 2-1 but were then given a lesson in football as France beat them 5-2 in the second match. That led to a nervous game against Honduras, but they came through winning 3-0 thanks to a hat-trick by Bayern Munich’s Xherdan Shaqiri, the 50th hat-trick in World Cup history.

The USA knew this group would be tough, but they handled it professionally, beating Ghana 2-1 in the opening game and drawing 2-2 with Portugal after being 2-1 up until the dying seconds. They needed a draw against Germany in the last match but lost 1-0, however, Portugal did not score enough goals in their final game and so the USA finished a worthy second.

Belgium seems to be getting better as their mix of good players start to work as a team, and they will be well pleased with their hundred per cent record in the groups. They opened with a 2-1 win over Algeria and then beat Russia and South Korea both 1-0.

Belgium are just odds on to win this in ninety minutes with 17/20 being the best available. The USA is out at the 19/5 mark and 5/2 is popular for the draw.

Draw for the Quarter Finals

Favourites to Win the 2014 World Cup

Brazil remain favourites to lift the trophy at around 3/1 with Argentina and Germany at around 4/1. France and the Netherlands are at 8/1. There is then a big jump to Belgium and Columbia, both at around 20/1. Chile and Mexico come in at about 33/1 with Uruguay at 40/1 and Costa Rica at 50/1 The USA spread from 80/1 to 90/1 and then we come to the real outsiders with 125/1 available for both Greece and Switzerland and up to 250/1 for Algeria and Nigeria. 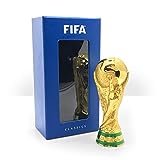