A look at Argentina vs Netherlands and Brazil vs Germany, the two semi-finals of the 2014 Fifa World Cup.

Four heavyweights are all that are left in the 2014 Fifa World Cup as the tournament reaches the semi-finals stage. Argentina, Brazil, Germany and the Netherlands are among the biggest names in the history of this tournament.

Brazil have won the tournament a record five times and have been runners-up twice. Argentina have two winners trophies to their name and have also been beaten finalists twice. Technically, Germany have never won the World Cup but in their previous guise of West Germany they won it three times and came runners-up three times. They have reached the final once since reunification, losing to Brazil in Japan in 2002.

The Netherlands are the best team never to have won the World Cup having been beaten finalists three times, including last time out to Spain, who they have already thrashed this year.

When Thiago Silva put Brazil 1-0 up against Colombia after just seven minutes in the quarter finals, there was a certain inevitability about it. And when David Luiz wacked in a screamer free kick with twenty minutes to go, the meeting with Germany was assured. Colombia did pull one back to keep the excitement going but it was too little too late.

Winning in normal time was what Brazil wanted after their first knock-out game went to a penalty shoot-out. They took the lead in the 18th minute through David Luiz but Chile equalised before half time to take the match into extra time. Chile nearly grabbed the glory seconds before the end of extra time when Mauricio Pinilla hit the bar. Brazil won the shoot-out 3-2.

Germany slugged it out with France in the quarter-finals and won by the solitary goal scored by Mats Hummels after just 13 minutes. The Germans also had a hard battle against Algeria in the round of 16, with no goals in ninety minutes but two goals in extra time, the first from André Schürrle on two minutes and the second from Mezut Ozil with a minute to go. Algeria scored an injury time consolation goal.

Germany started their group games with a 4-0 destruction of Portugal, but in match two they were held to a 2-2 draw by Ghana. Needing only a point from their last match against the USA, they went in relaxed and ended up winning 1-0.

The bookmakers have little to pick between the two with most going for 7/4 for a Brazil victory in ninety minutes. Some have the same odds for Germany, though 19/10 is also available. For the draw on ninety minutes, the odds are around the 23/10 mark.

Gonzalo Higuain’s fine strike eight minutes into Argentina’s quarter final against Belgium was the only goal of the match and despite some plucky play from the Europeans they could not unlock the South American defence. Argentina has already survived the round of 16 by the skin of their teeth with a 1-0 victory over Switzerland, the only goal coming two minutes from the end of the second period of extra time when Angel Di Maria hit a stunning finish.

Argentina won all three of their group games, but none convincingly. They started with a tough 2-1 win over Bosnia-Herzegovina and then were held for 90 minutes of goalless football by Iran before Lionel Messi scored a wonder goal in injury time to break the deadlock. They won their final match against Nigeria 3-2.

One of the strangest substitutions in World Cup history won Netherlands their quarter final against Costa Rica. A mostly dull ninety minutes took the goalless encounter into extra time where it livened up a bit but still nobody could find the back of the net. With penalties looking inevitable and seconds remaining on the clock, coach Louis van Graal took off goalkeeper Jasper Cillessen and replaced him with Tim Krul, who went on to save two of the five penalties to see the Dutch through 4-3.

The Netherlands looked like they were going out of the tournament in the round of 16 when they went a goal down to Mexico, but Wesley Sneijder rocketed an equaliser on 88 minutes to unlock a tight Mexican defence and Klaas-Jan Huntelaar converted an injury-time penalty to send the Dutch through.

Argentina are narrow favourites with most going for 7/5 for them to win in ninety minute. The Dutch are a little further out at 11/5 with 2/1 popular for the draw.

The losers of the two semi-finals will play in the third-place play off in Brasilia on Saturday 12 July. The winners will meet in the final on Sunday 13 July in Rio de Janeiro.

Favourites to win the 2014 World Cup

There is now a three-way tie among bookmakers to win the cup, with Argentina, Brazil and Germany all on 11/4. The Netherlands are the least fancied at 7/2.

This is really good for people like me, who are ridiculously out of the loop. I have Dutch and German friends, so I guess I'm supporting one of those two teams now. 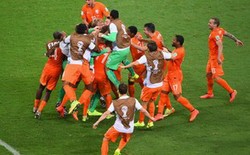 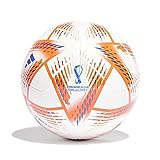